The financial markets are still refusing to commit to a direction. Major European stocks are generally higher despite broad selloff in Asia. US futures point to lower open while 10-year yield is doing its best to hold on to 0.6% handle. Swiss Franc is currently the worst performing one for today, followed by Aussie and Dollar. Yen remains the strongest one, followed by Euro and Sterling.

Technically, many near term levels are not broken. EUR/USD recovers after touching 1.1258 minor support. AUD/USD recovers ahead of 0.6922 minor support. USD/CAD breached 1.3624 minor resistance but retreated. USD/JPY could be the one that’s making its mind. But we’ll see if it could sustain below 106.79 minor support to confirm completion of near term rebound from 106.07.

Dallas Fed President Robert Kaplan said he expects the economy growth in Q3 and Q4. But still, he’s base case is for the economy to contract around -4.5% to -5% for 2020 as a whole. He reiterated that controlling the spread of the coronavirus is the key to economic recovery.

“How the virus proceeds and what the incidence is is going to be directly related to how fast we grow,” Kaplan said. “While monetary and fiscal policy have a key role to play, the primary economic policy from here is broad mask wearing and good execution of these health care protocols; if we do that well, we’ll grow faster.”

Italy industrial output rose 42.1% mom in May, well above expectations

Italy industrial output rose 42.1% mom in May, well above expectation of 19.2%. That’s also much more than enough to reverse April’s -20.5% mom decline. Nevertheless, for the last three months over the previous three months, productions still dropped -29.9%. Comparing with May 2019, productions dropped -20.3% yoy.

France industrial production rose 19.6% mom in May, above expectation of 15.0%. It also nearly recovered all of April’s -20.6% decline. Nevertheless, compared to February, the last month before the start of general lockdown, outlook was still down -21.2%. 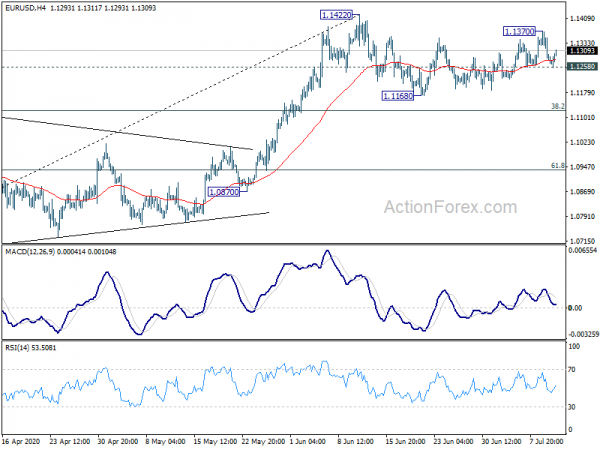 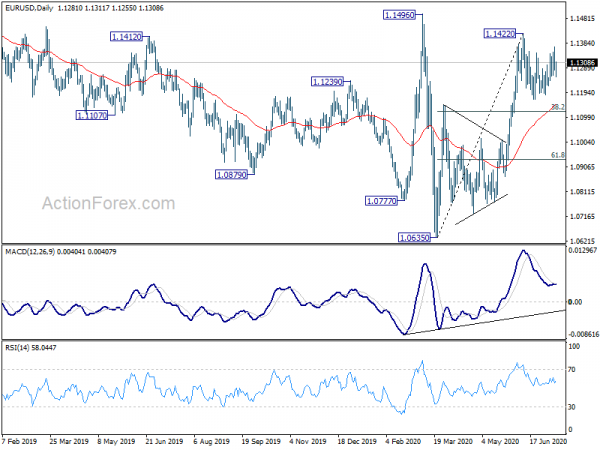