XAUUSD: The Middle Part Of The Triple ZigZag is Likely To Complete Near 1852.44.

XAUUSD seems to be continuing the development of a large correction pattern taking the form of a cycle triple zigzag.

The 1H timeframe shows the final part of the completed cycle intervening wave x, which is a triple zigzag Ⓦ-Ⓧ-Ⓨ-Ⓧ-Ⓩ.

There is a possibility that the cycle wave z also takes the form of a primary triple zigzag Ⓦ-Ⓧ-Ⓨ-Ⓧ-Ⓩ, and now the price is in the second actionary wave Ⓨ. 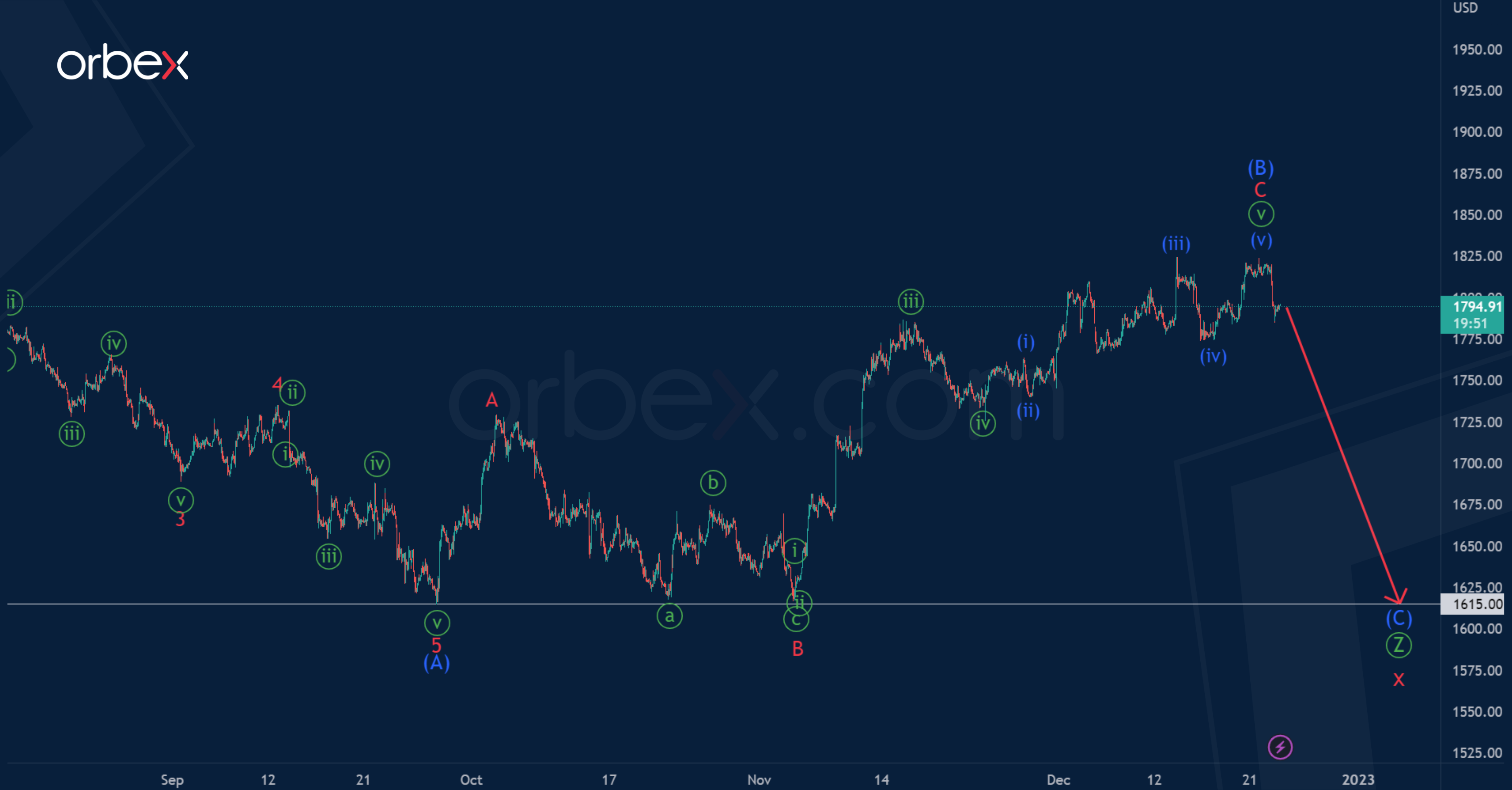 Let’s consider an alternative option, where the downward movement of the pair in the cycle wave x will continue. The final primary wave is under development. It may take the form of an intermediate zigzag (A)-(B)-(C).

Thus, a downward movement of XAUUSD is expected in the near future.

The final of the correction pattern zigzag (A)-(B)-(C) is possible near 1615.00. That is, near the minimum marked by the intermediate impulse wave (A).

Test your strategy on how the Gold will fare with Orbex