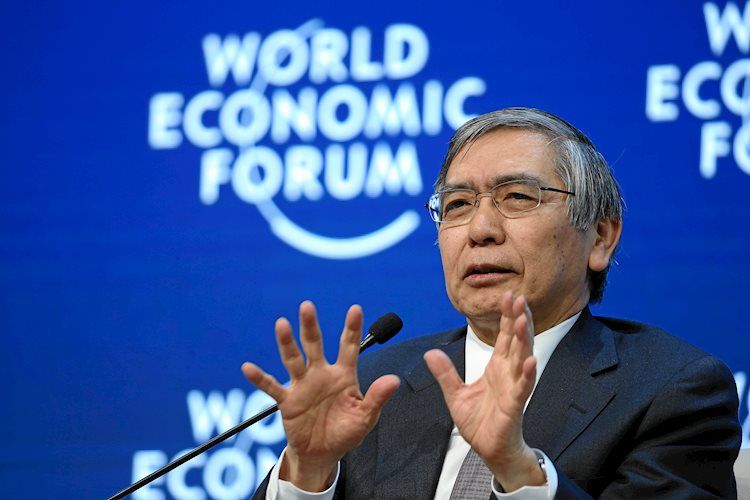 Early on Friday, around 03:00 AM GMT, the Bank of Japan (BOJ) will provide the decision of its routine monetary policy meeting. Following the rate decision, BOJ Governor Haruhiko Kuroda will attend the press conference, around 06:00 AM GMT, to convey the logic behind the latest policy moves.

It should, however, be noted that the key central bankers’ concerns over tapering of bond purchases and chatters surrounding the need for extended policy support, due to the virus-led emergency, highlight Governor Haruhiko Kuroda’s speech as the key event.

Ahead of the event, TD Securities said,

While recent BoJ comments continue to highlight that they will not hesitate to ease monetary policy if needed, BoJ is unlikely to change its policy settings at its policy meeting, which should come as no surprise. The BoJ’s ETF buying has taken a big step back already, with the Bank not purchasing any ETFs over May after it removed guidance for annual ETF purchases in March. The main question is whether BoJ extends its COVID aid for businesses past the current expiration date of September, with a high probability of such an announcement at this meeting.

How could it affect the USD/JPY?

USD/JPY refreshes intraday low to 110.15, down 0.03% on a day, amid US dollar pullback during the early Asian session on Friday. In doing so, the Yen pair extends the previous day’s U-turn from April tops.

The market sentiment struggles for a clear direction and the US Treasury yields are indecisive after Thursday’s slump. Hence, today’s BOJ meeting is unlikely to offer any key moves to the USD/JPY prices unless offering a major relief to citizens over the covid-led emergency that ended in most prefectures except for Tokyo yesterday. It should, however, be noted that the Japanese central bank may highlight the weaker inflation expectations at home and abroad to keep the easy money flowing, which in turn may prove the USD/JPY sellers. Though, the Treasury yields’ moves are more important and could be decisive to watch for near-term direction.

Technically, the corrective pullback needs to cross late March lows near 108.40 to recall USD/JPY buyers. Otherwise, the odds of the pair’s drop to a monthly low near 107.50 can’t be ruled out.

USD/JPY edges lower above 110.00 amid steady US Treasury yields ahead of BOJ