What is a Shark Harmonic Pattern? Is it Bullish or Bearish?

Let’s start with a bit of history. Harmonic patterns are nothing new. They have been around for 70 years and were discovered by H M GARTLEY, then developed by Larry PESAVENTO.

They reflect the activity of traders. So they are often considered the holy grail because they have success rates of around 70%. They adapt to all time frames and have win/loss ratios above 2%.

Scott Carney, in 2011 presented his discovery of the Shark harmonic pattern that since then allowed traders to have a head start on the financial markets.

Harmonic pattern trading is a market analysis technique, similar to the chartism technique, which is based on the recognition of chart patterns, except that harmonic trading incorporates specific Fibonacci numbers into each pattern so that it is valid. This technique is profitable, but it requires patience, practice, and a lot of work to master the different schemes and strict management of money management.

Price movements that do not align with appropriate pattern measurements lead to the invalidation of those patterns and can cause inexperienced traders to make poor decisions based on invalid formations.

Gartley, Butterfly, Bat pattern, and the Crab pattern are the harmonic patterns most familiar to traders using technical analysis and price action. Entries are made in the potential reversal zone PRZ when price confirmation indicates a possible market reversal, and stop losses are placed outside the nearest significant (for the model) Fibonacci level that has not been reached by extensions/retracement BC or XA in zone D.

The combination of harmonic figures and the technique of Japanese candlesticks and other confirmation indicators such as volume and MACD, especially on the PRZ, is an excellent method that allows you to take only the best opportunities that offer minimal risk and significant profitability.

It’s a pattern consisting of 4 price moves which is basically an emerging 5.0 pattern. The Shark pattern is similar to the Crab harmonic pattern and can be identified by the very extensive oscillation of point C. Its presence in the chart indicates a high probability of a change in price direction around point C, where the model is completed.

Is the shark harmonic pattern bullish or bearish?

Generally, when analyzing the pattern, you should purchase at point D, which needs to fulfill the prerequisite CD leg = 1.13 Bull section. The D to X can be viewed as any place between 0.886 to 1.13. However, it is ideal to trade at an optimal 1.13 reciprocal ratio.

How do shark harmonic patterns work?

Harmonic candlestick patterns will help you detect a trend reversal and give you a considerable statistical advantage. It’s based on Fibonacci ratios and Elliott waves. They make conjunctions of several levels to determine the point that brings out a resistance or a support.

They make conjunctions of several levels to determine the point that brings out a resistance or a support.

At first glance, all of this may seem complicated, but we’ll go step by step. We will show you exactly how it all works. We will first make a comparison between Fibonacci retracements and Elliott waves.

What are Fibonacci retracements?

These are called golden numbers. These are price replacements. The price retraces the following percentage levels, giving you support levels. Fibonacci ratios allow you to find existing supports.

What are Elliott waves?

Impulse waves and corrective waves draw segments because harmonic patterns are a mixture of Fibonacci ratios and Elliott waves.

What are the strategies that work with shark harmonic patterns?

According to harmonic shark pattern rules, this pattern work:

On the other hand, harmonic shark patterns do not work in the following cases.

On strong counter trend trading when you have to be very careful if, for example, you are in a downtrend and you see a bullish harmonic pattern. You will say to yourself, “ah, that’s it! It’s the trend reversal.” And you will take a position on signals that are of little relevance.

Among the mistakes not to make is to anticipate a trade too rashly. For example, you see a pattern, and then you see a candle, and then there you go. You take a position for fear of missing the trade.

It doesn’t work like that. You must wait for a strong leg reversal pattern because the harmonic patterns work by guesswork. If you recklessly anticipate the trade, you will only make losing trades.

Another mistake is to trade against the direction of the trend. If you do not take the time to analyze the market, find the resistance, the key levels, and analyze the trend, and you rush for fear of missing the trade, you will crash.

Here is an example of a common error.

You see a beautiful shark harmonic pattern, and you say to yourself, “that’s it, that’s it, it’s the turnaround, I’m positioning myself .”While you are not yet sure if you have a strong signal

The mistake you made was not taking the time to do an analysis. If you do that, you’re only going to make losing trades, and you’re going to say, “no, I don’t understand. It doesn’t work. What are these patterns?”. ” It’s because you made the trade anyhow.

A forex Harmonics figure is reliable but on the condition of doing the job correctly. You really need to wait for a strong signal, and then you can take a position. With harmonic figures, you have to be patient. 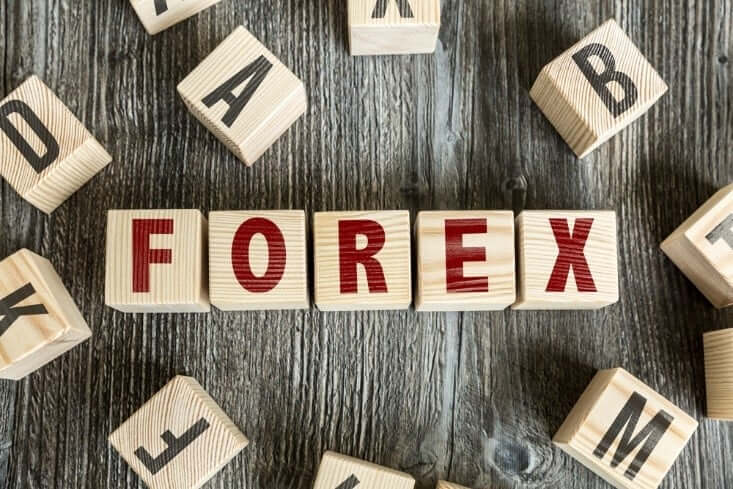 Basically, you will proceed like with other harmonic patterns. Once you spot the trend reversal, you can react accordingly. But beware that the entry point is near point C in the graph and not point C. You should place take profit order around point D or at the 113% Fib level XA leg. Also, using this pattern is better for short-term than long-term trade.

Once you enter the trade, you should always put in a stop-loss order, as you may already know. To do this when trading this pattern, there are various approaches. Traders commonly determine where their stop loss order is by focusing on point C. Moreover, you can use the protection stop order at the 113% Fibonacci extension if you go for the most flexible level for stop loss.

Pros and cons of relying on shark harmonic pattern when trading

Shark pattern is a highly accurate indicator providing reliable information about entry points, taking profit and stopping loss targets. Also, it enables a great risk-reward ratio. Regarding cons, we must admit it’s a bit of a complex chart pattern for newbie traders. Finally, you usually need an external trading extension for this pattern since not all trading platforms will offer it within their analytic tools.

Discovered by Scott Carney in 2011, the shark pattern is now very popular among seasoned traders with good analytical skills. Shark Harmonic Pattern can really move the needle in your short-term trades, especially when we talk about Forex trading. However, it is a complex pattern to use for beginner traders. Additionally, for the best, you need to combine it with other indicators such as MACD. It’s very complicated to draw this pattern. Therefore the best option is to buy the indicator from the MetaTrader 4 and 5 platforms.

Meaning of the Upside Gap in Forex

Meaning of the Upside Gap in Forex