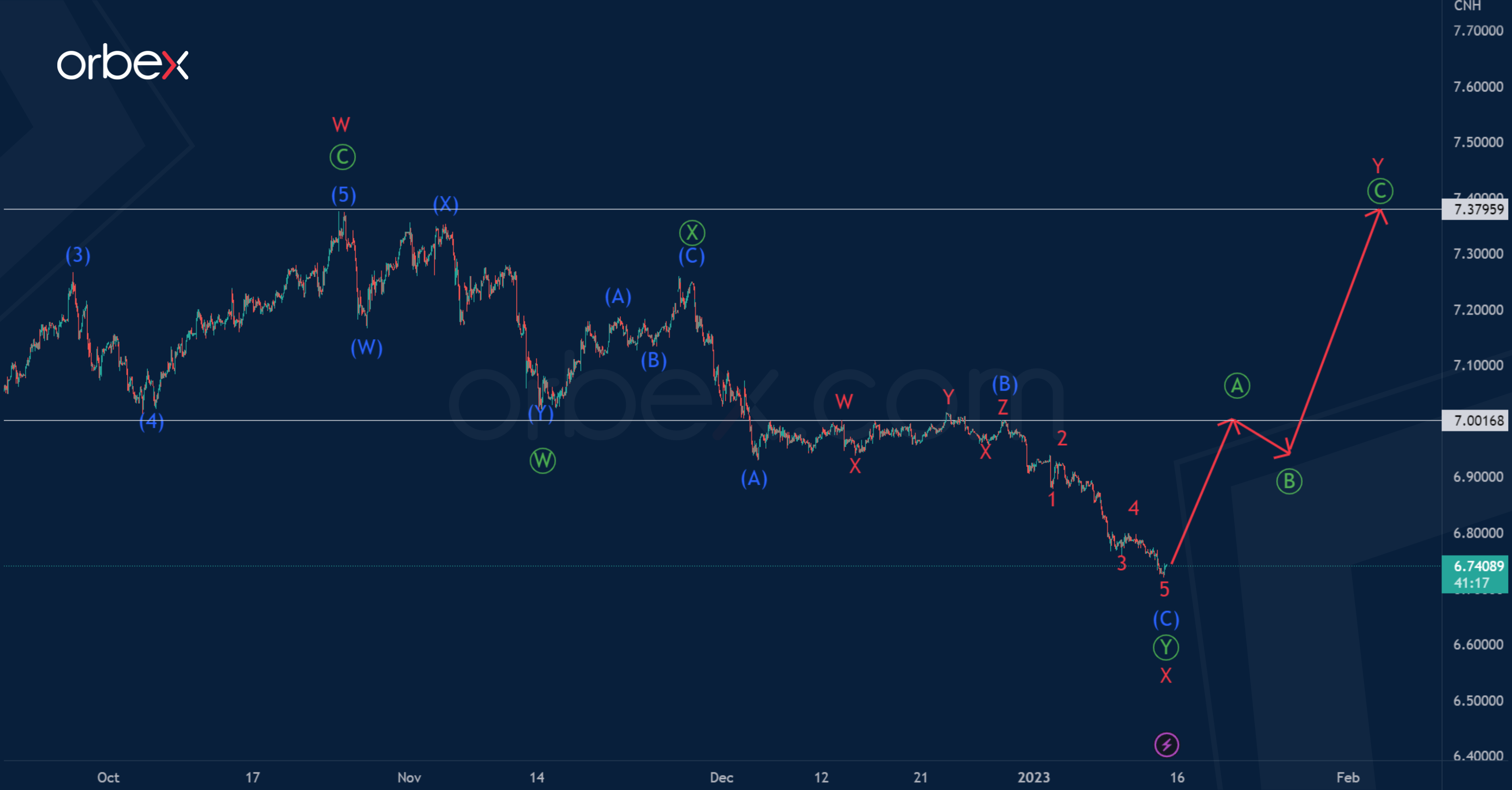 In the long term, the USDCNH pair is expected to form a large double zigzag consisting of cycle sub-waves w-x-y.

The actionary wave w took the form of a standard zigzag. The bearish intervening wave x has ended. This wave contains a double zigzag of the primary degree Ⓦ-Ⓧ-Ⓨ.

Thus, in the near future, prices could move higher in the actionary wave y. Perhaps it will take the form of a standard zigzag Ⓐ-Ⓑ-Ⓒ.

Most likely, we will see the end of the first primary wave Ⓐ at the maximum of 7.00, or a little higher. 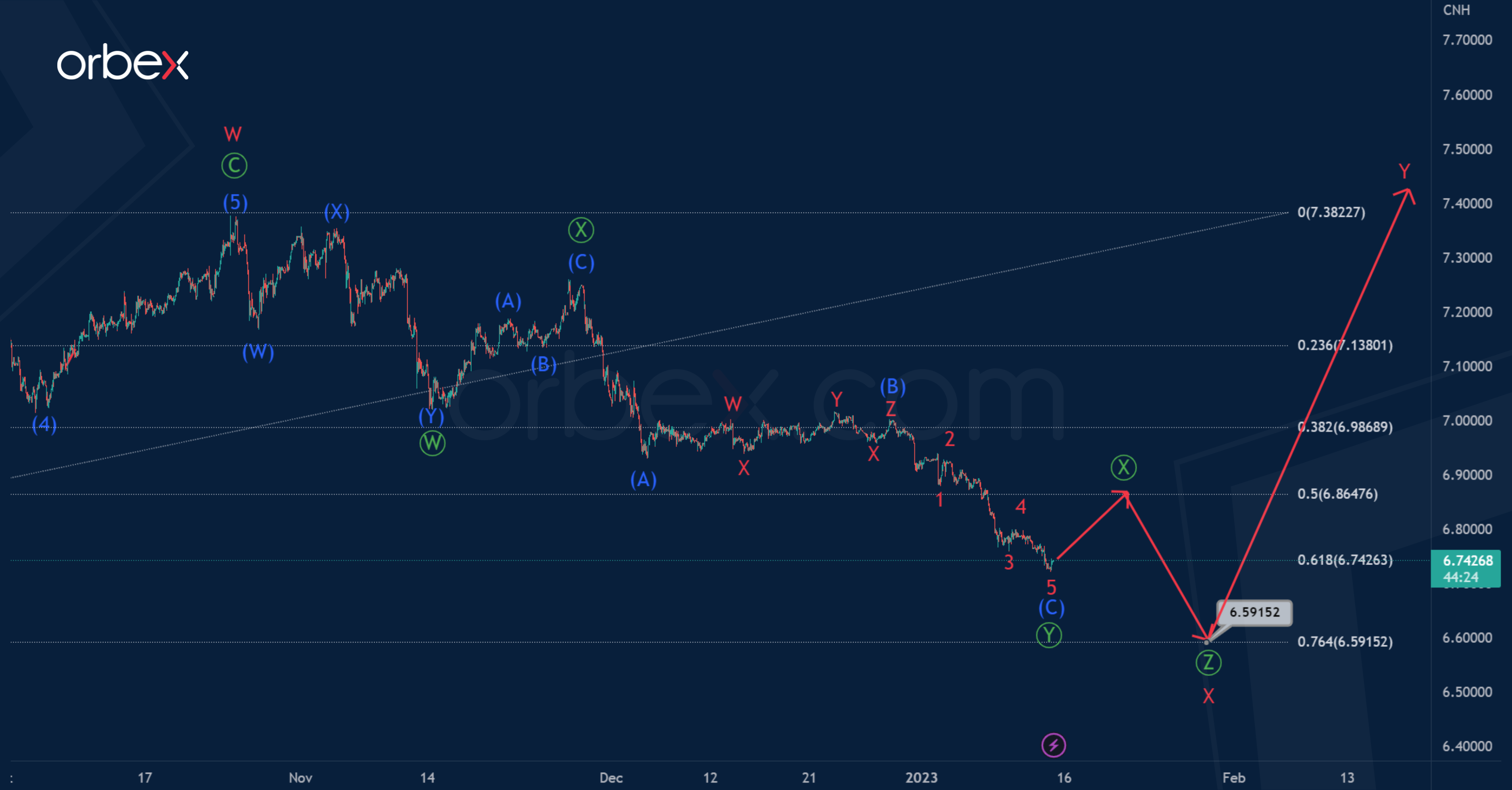 Let’s consider an alternative scenario where the price will move in a downtrend. Perhaps the cycle intervening wave x is not yet complete. Most likely it will take the form of a triple zigzag Ⓦ-Ⓧ-Ⓨ-Ⓧ-Ⓩ and not a double one.

If the actionary wave Ⓨ is completed, then a slight increase in the second intervening wave Ⓧ is likely. After which, the fall can be continued in the final primary wave Ⓩ.

The approximate level to which the market could collapse is 6.591. It is determined using Fibonacci lines. At that level, wave x will be at 76.4% of wave w.

Test your strategy on how the USDCNH will fare with Orbex

What is the blockchain?

The Odds of a Dovish Fed in February Increase, Putting Pressure on the USD

The Odds of a Dovish Fed in February Increase, Putting Pressure on the USD