Indian Rupee is lacking a clear directional bias as evidenced by USD/INR’s recent sideways churn in the range of 75.00 to 76.24.

A close above 76.24 would mean that the pullback from the April 22 high of 77.008 has ended and the bulls have regained control. The Rupee, then, could go on to revisit its lifetime lows around 77.00.

At press time, USD/INR is trading 75.77. The pair’s 14-day relative strength index is trapped in a falling channel. A breakout on the RSI could also be considered a sign of bull revival. 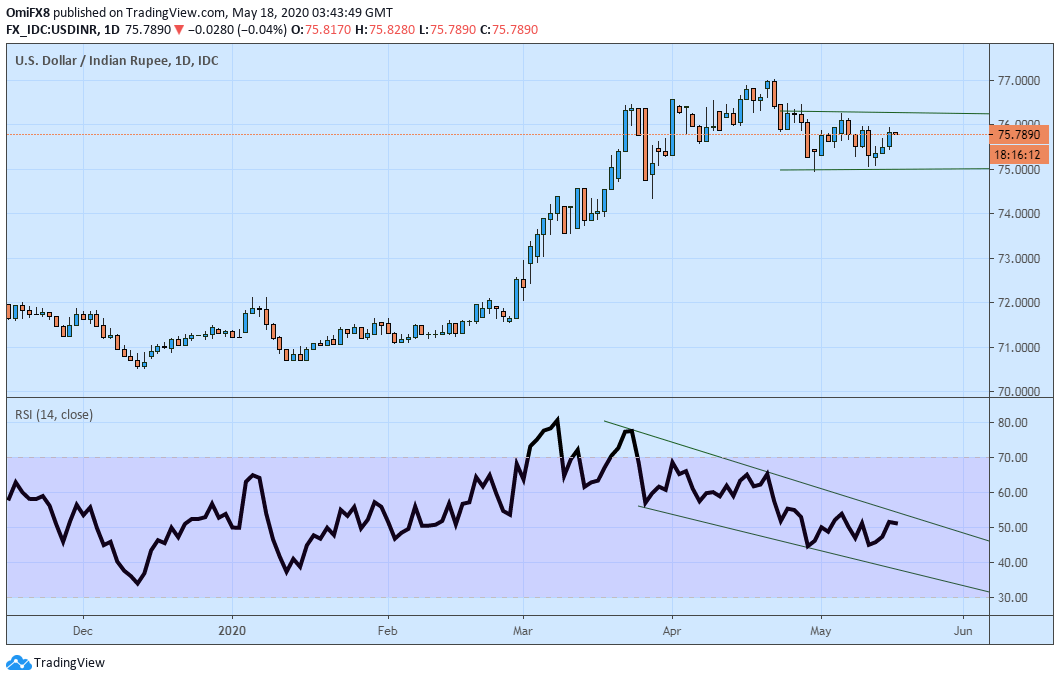