Some key technical levels are  in play in next weeks trading

Looking at daily charts for some of the major currency pairs, shows some key technical levels in play that may lead to some good moves.

Below is a summary of those levels:

The GBPUSD closed the week just above the 100 day MA at 1.28829. The price is near 1.2888.  The last time the GBPUSD closed below the 100 day MA was back on October 9th when the MA was down at 1.2410.  The current MA is 470 pips higher, but the level is just as important for the trading bias.  Stay above and we should be in for a rebound higher.  Move below and the bias suddenly shifts from more bullish to more bearish.

Last week, the price was down 4 of the 5 trading days. The price traded above and below a lower trend line on Tuesday and Wednesday. ON Thursday, the price high found sellers leaning against the old trend line.  Bearish.

Can the selling last week, roll over into the new week? The 100 day MA will help in determining the bullish or bearish fortunes. 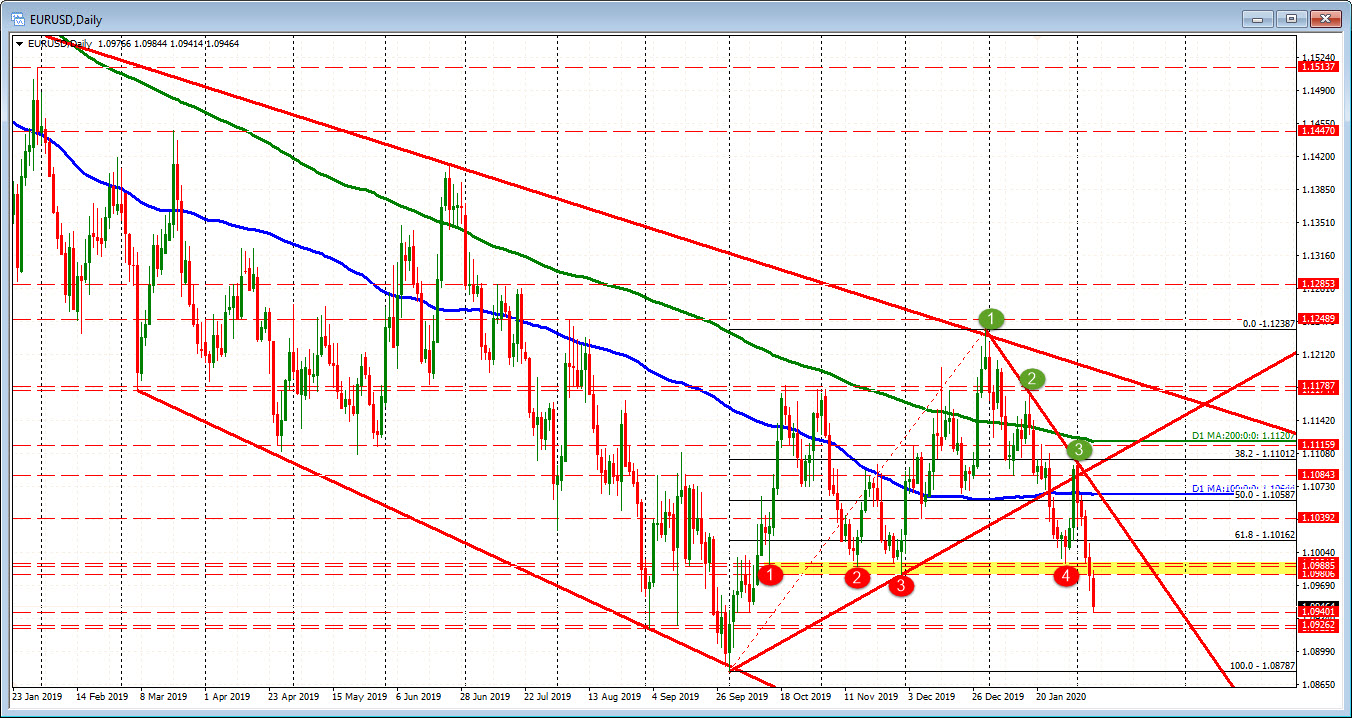 
Since that end of the year high, the price of the EURUSD has stepped lower. At the end of January, the price moved to test swing support at 1.09888-92 and bounced. This week, the fall took the price below that area AND the November 29 low at 1.09806.

On Friday, the high stallled in the 1.09806-92 area.  That area next week will be the key resistance target. Stay below and the bears remain in control.

The problem with the EURUSD is in these markets it is hard to string consecutive days. The 5 down in a row was last done in October.  There were 6 down in a row at the end of August 2019.  Having said that there has been strings where the price has trended over 7-8-9 days. So be aware for a Monday (post employment) rebound, followed by a resumption of the trend. If so, the 1.0980-92 area will be eyed to stall the rally.

Friday broke a string of 4 up days for the USDJPY. The USDJPY closed lower on day after extending just above the natural 110.00 level (to 110.012).  Lower yields (10 year down -6.2 bps) and lower stocks (no record closes), gave buyers a window to take some profit.

If I were to pick a level that would be my barometer for next week, I would say the 109.664 to 109.72 area. In November the price moved to that area and backed off. In December, it was tested again and backed off again. 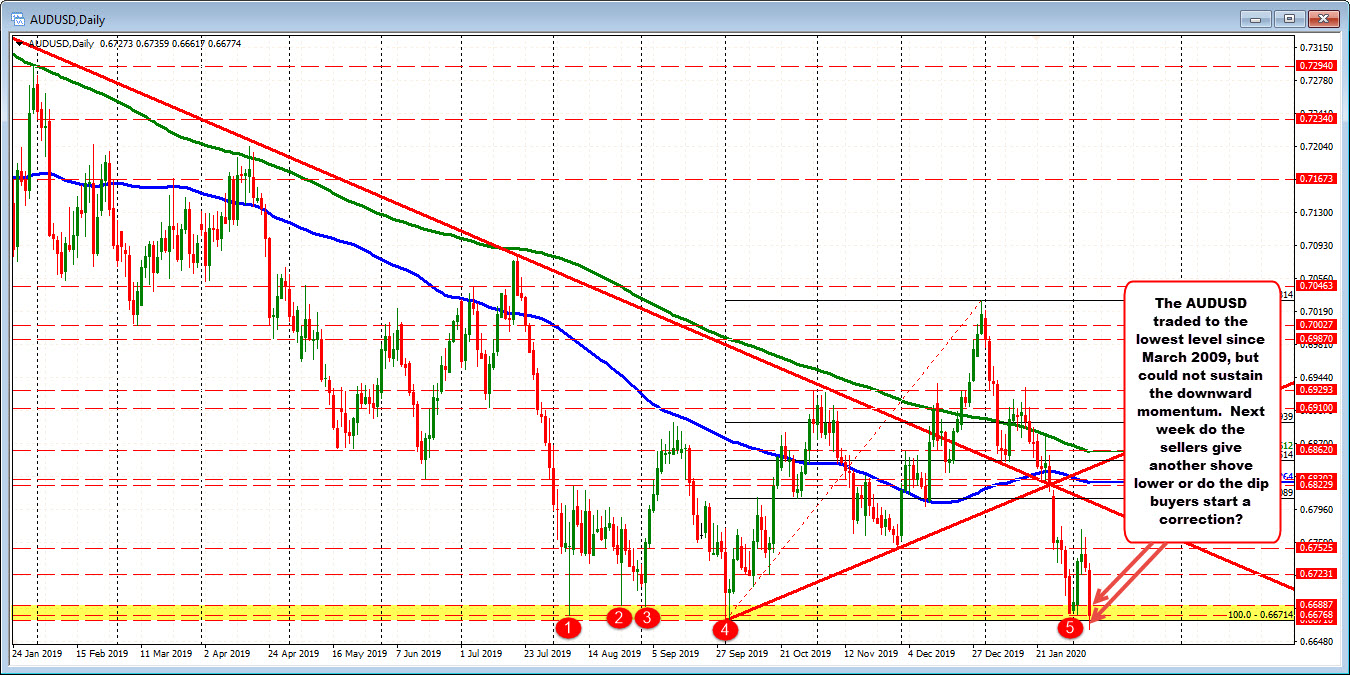 The AUDUSD traded to the lowest level since March 2009 on Friday. In the process, the pair fell below the swing lows from August, September and the end of January, and the start of February.

Into the new week, that swing area remains in play in determining the next bias.  Move back below and the 2nd break, should be the charm. Look for a move lower.   Move back above, and the failed break will look increasingly like a market that might have good too far.