The Week Ahead – Turning point? 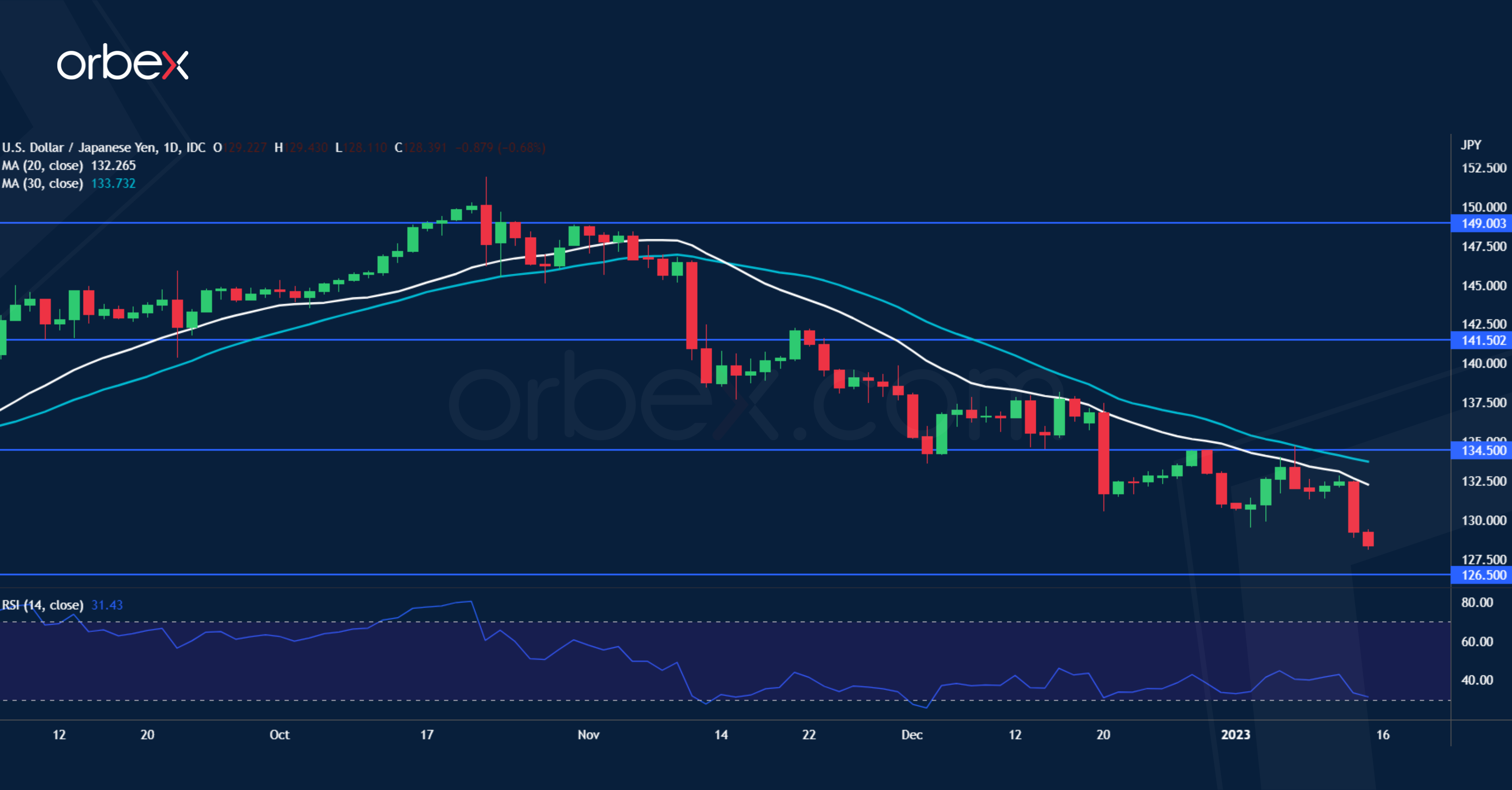 The Japanese yen extended gains as accelerating inflation may pressure the BoJ to act soon. One of the major themes of 2023 could be Japan finally normalising its monetary policy. Consumer prices have been rising steadily nationwide, with the latest CPI in Tokyo reaching 4%, above the central bank’s 2% target for seven months in a row.

The US dollar’s reversal from its 32-year peak against the yen suggests that the market believes that inflation is not transitory and has shrugged off Governor Haruhiko Kuroda’s dovish statements. Last May’s lows around 126.50 is the next support and 134.50 is the immediate resistance. 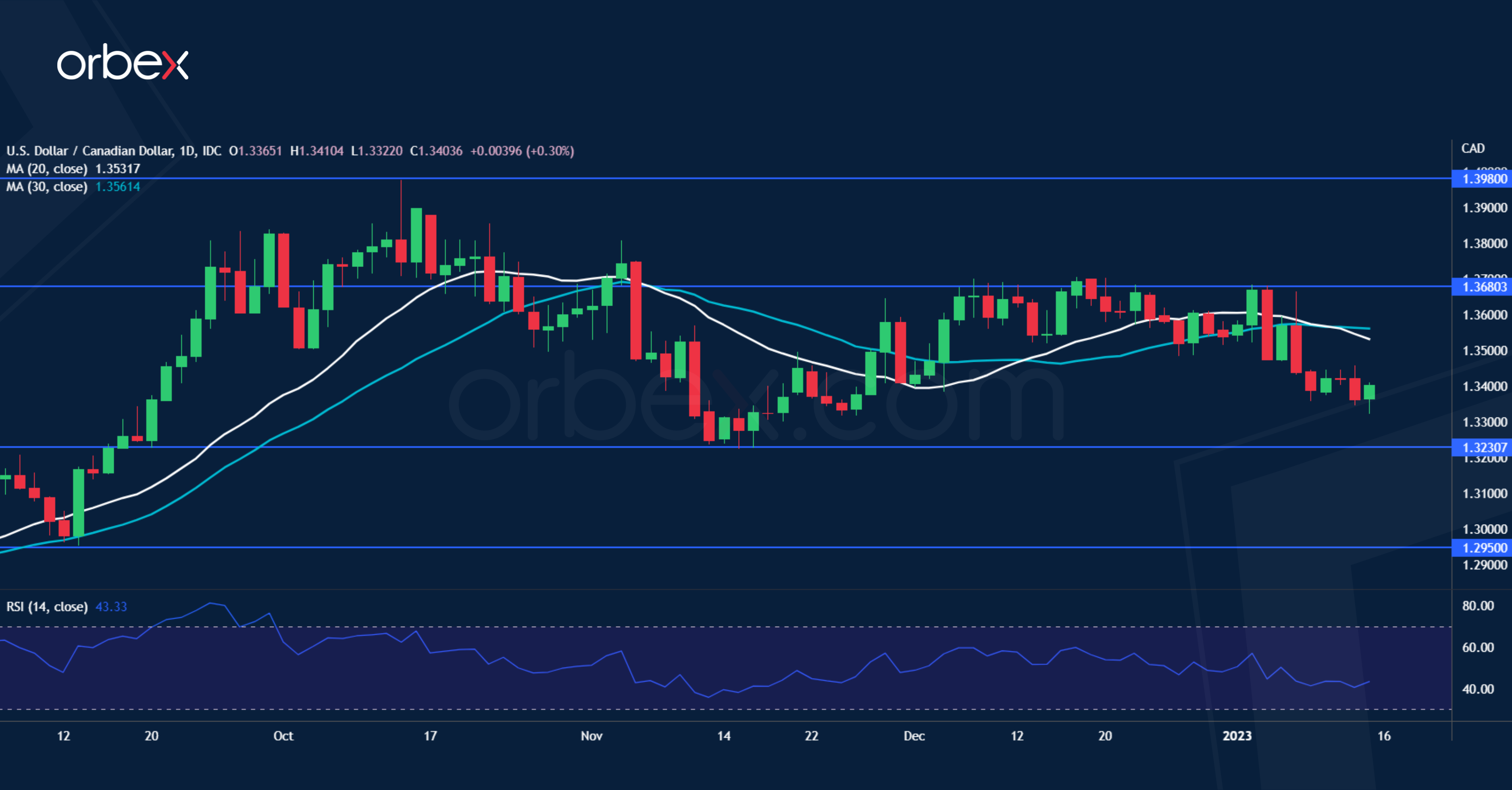 The Canadian dollar recovers as markets go risk-off. Domestically, a strong December jobs report gives reason for another rate increase by the Bank of Canada, with a 25 bp hike priced in by the market. However, overall sentiment since the start of the year may carry the risk-sensitive loonie. Outflows from the safe haven US dollar means that higher beta counterparts can enjoy a sustained recovery. Meanwhile, the price of oil, one of Canada’s major exports, has settled in the green for a few days in a row, offering an effective support to the currency. November’s low at 1.3230 is a key support and 1.3680 is the first resistance. 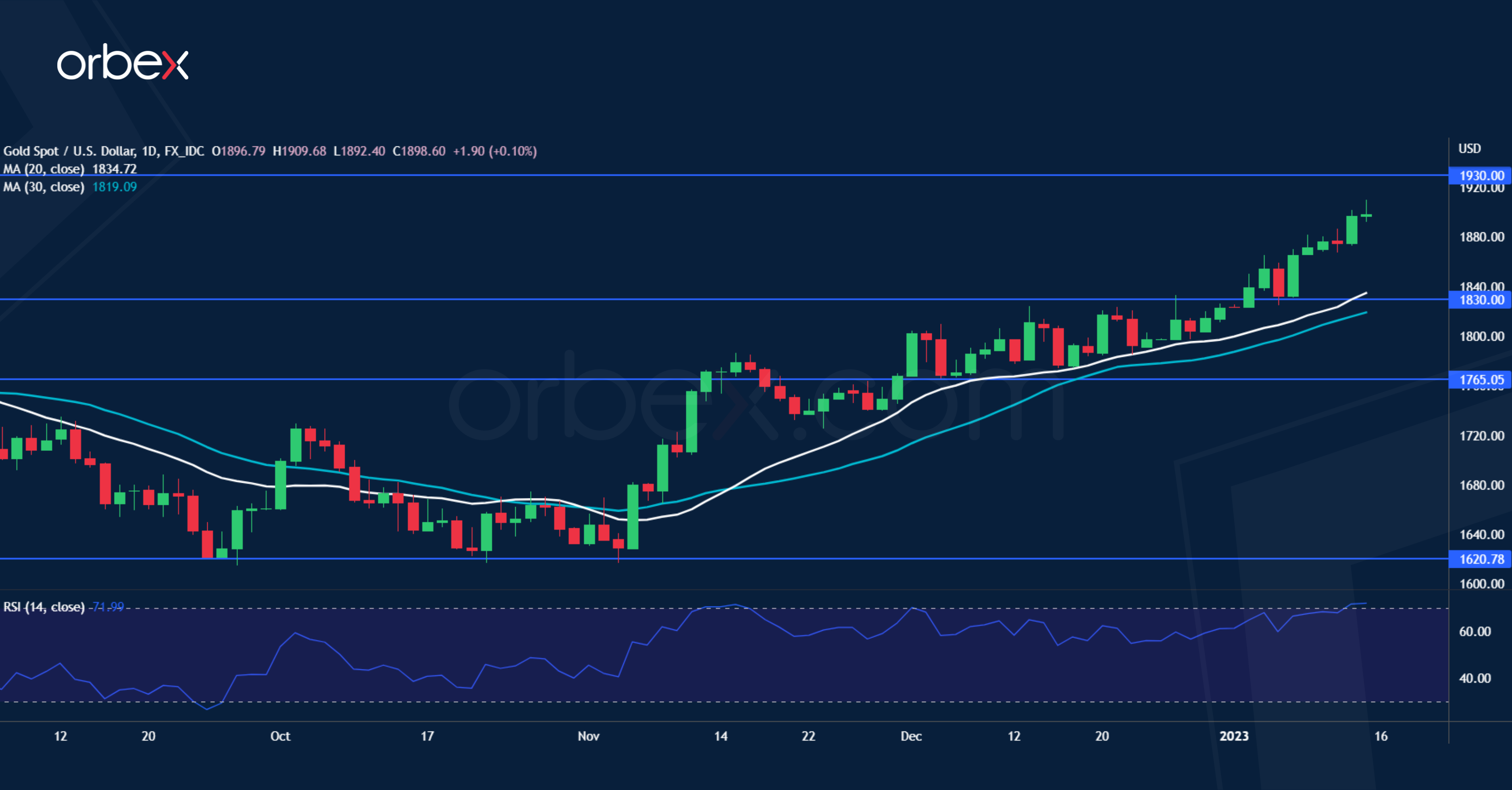 Bullion strengthened as the US dollar slipped post-CPI. Traders have been repositioning themselves for a more dovish Fed in the coming months, starting with a 25 basis points hike in February. A cool-off in US CPI at a steady pace would eventually make the central bank reconsider its policy stance. The only billion dollar question is when. The US dollar’s sluggish performance has put gold on a springboard. As the dollar bulls locked in profits, traders are wondering whether the current correction would slide into a reversal, which in turn would benefit the precious metal. The price is pointing towards 1930 with 1830 as a fresh support. 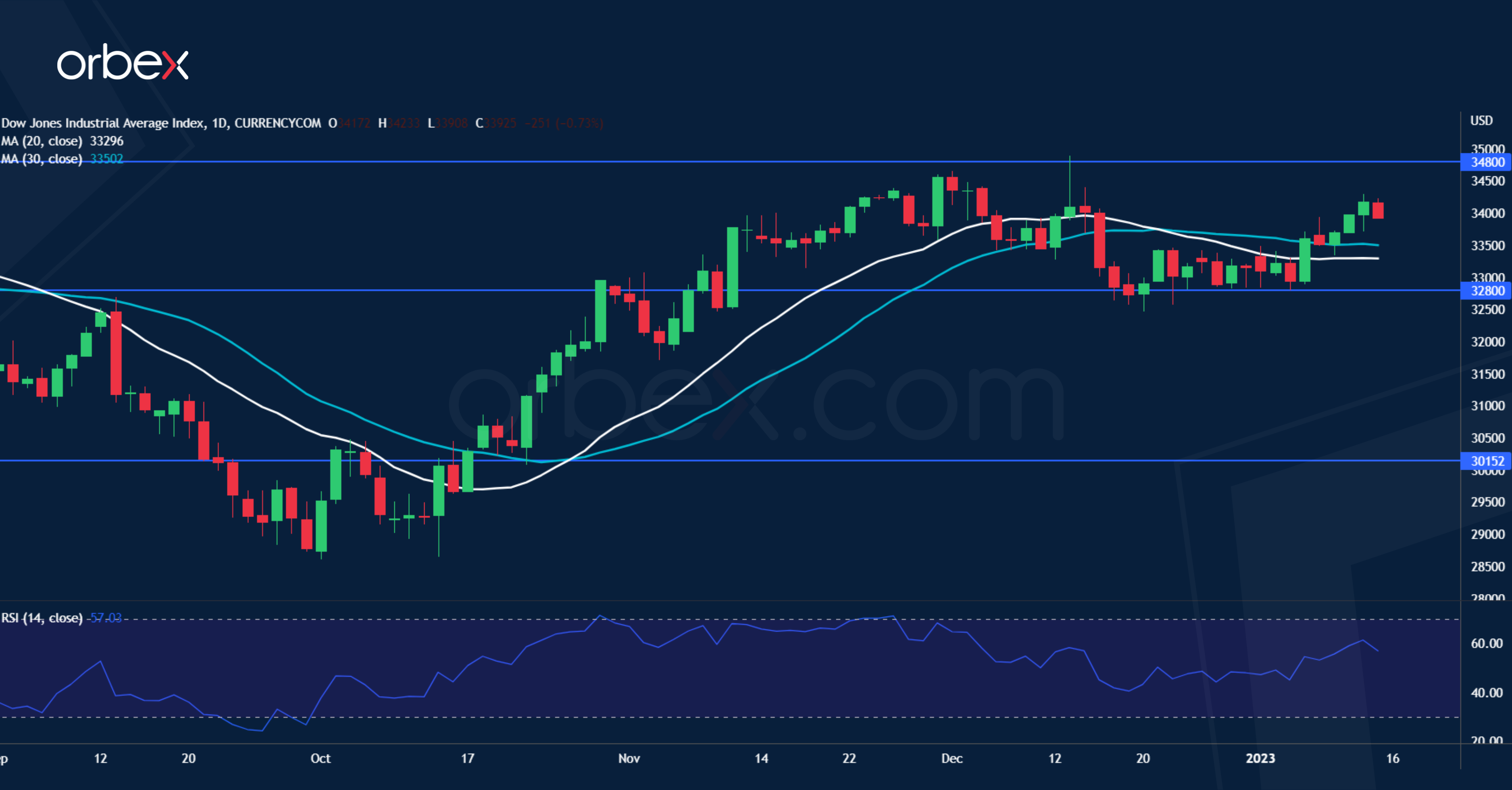 The Dow Jones 30 rallies as the market raises its bet of a policy pivot soon amid softer inflation. Despite the Fed’s repeated insistence not to lift the tightening prematurely, investors wager on seeing the terminal rate soon, which says a lot about policymakers’ credibility. A steady fall in consumer prices in December further cemented hopes of a dovish turn by the central bank, possibly at its February meeting. The prospect of interest rates plateauing means that equity markets may see the light at the end of the tunnel, or at least that is what the bulls want to believe. 34800 is the next hurdle and 32800 the first support.

Test your strategy on how the USD will fare with Orbex

One white soldier candlestick in the Forex