The Week Ahead – Is BoJ laying groundwork for tightening? 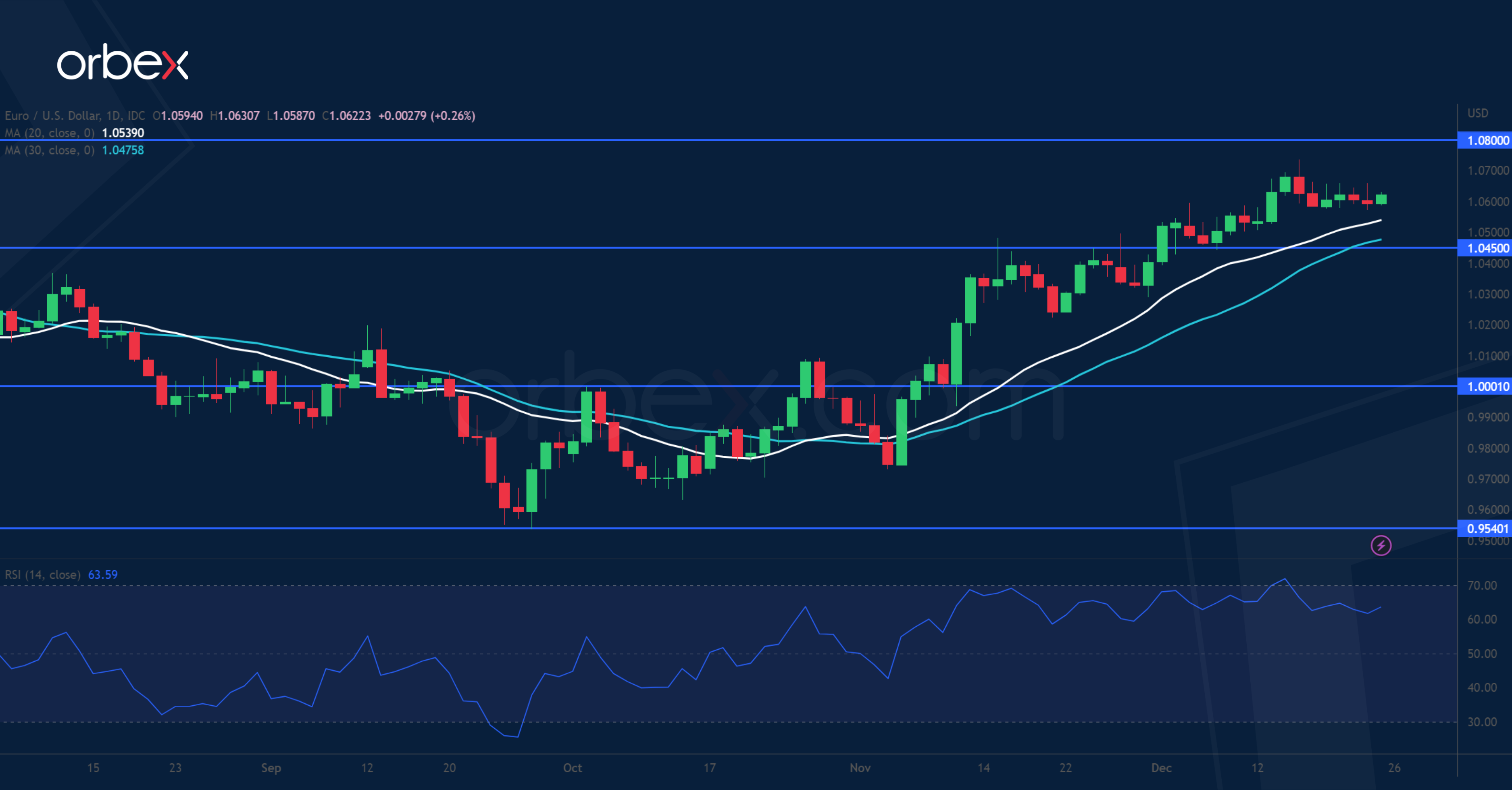 The euro inches higher as the ECB may be determined to fight persistent inflation. ECB Vice-President Luis de Guindos stated that the central bank might maintain the current pace of rate hikes for a while. This kind of hawkish tone would support the single currency at a time when the market believes that the US Fed will soon reach its terminal rate. A narrowing rate differential between both sides of the Atlantic could fuel the euro’s recovery. Though Italy’s vitriol against the QT is a reminder of the fragmentation risk as debt service ballooned in peripheral nations. The pair is testing June’s high of 1.0800 and 1.0450 is the first support. 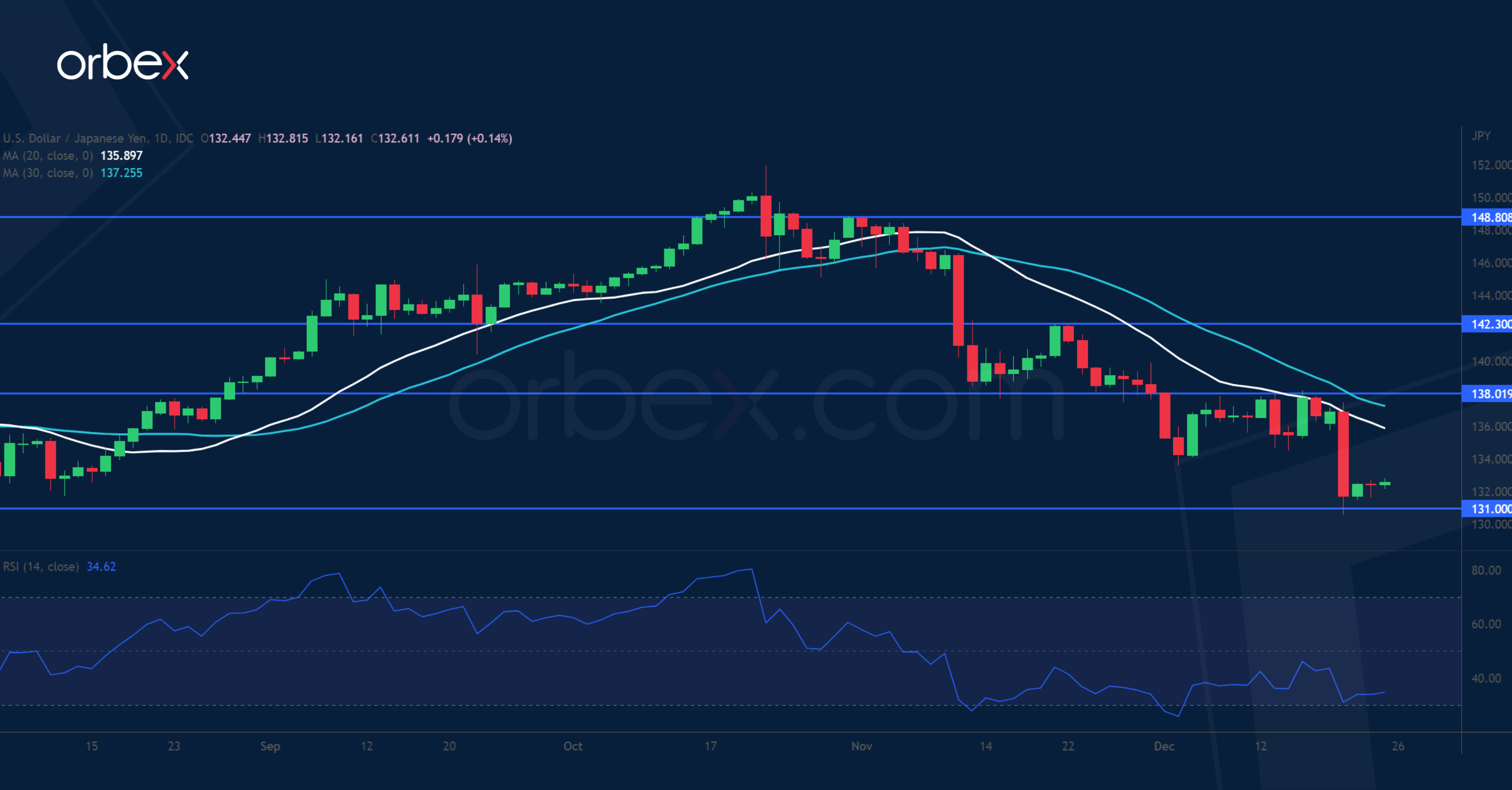 The Japanese yen pushed back after the Bank of Japan unexpectedly tweaked its yield curve control policy. By allowing more wiggle room for bond yields on either side of its 0% target, the central bank gave traders hope of a potential normalisation process next year, even if it merely labelled it as a technical adjustment. Strong volatility has triggered liquidation of crowded short yen positions. This would be a prerequisite for the currency’s comeback next year, which may coincide with the appointment of a new BoJ governor with a more hawkish view. The pair is testing last August’s low of 131.00 and 138.00 is a fresh resistance. 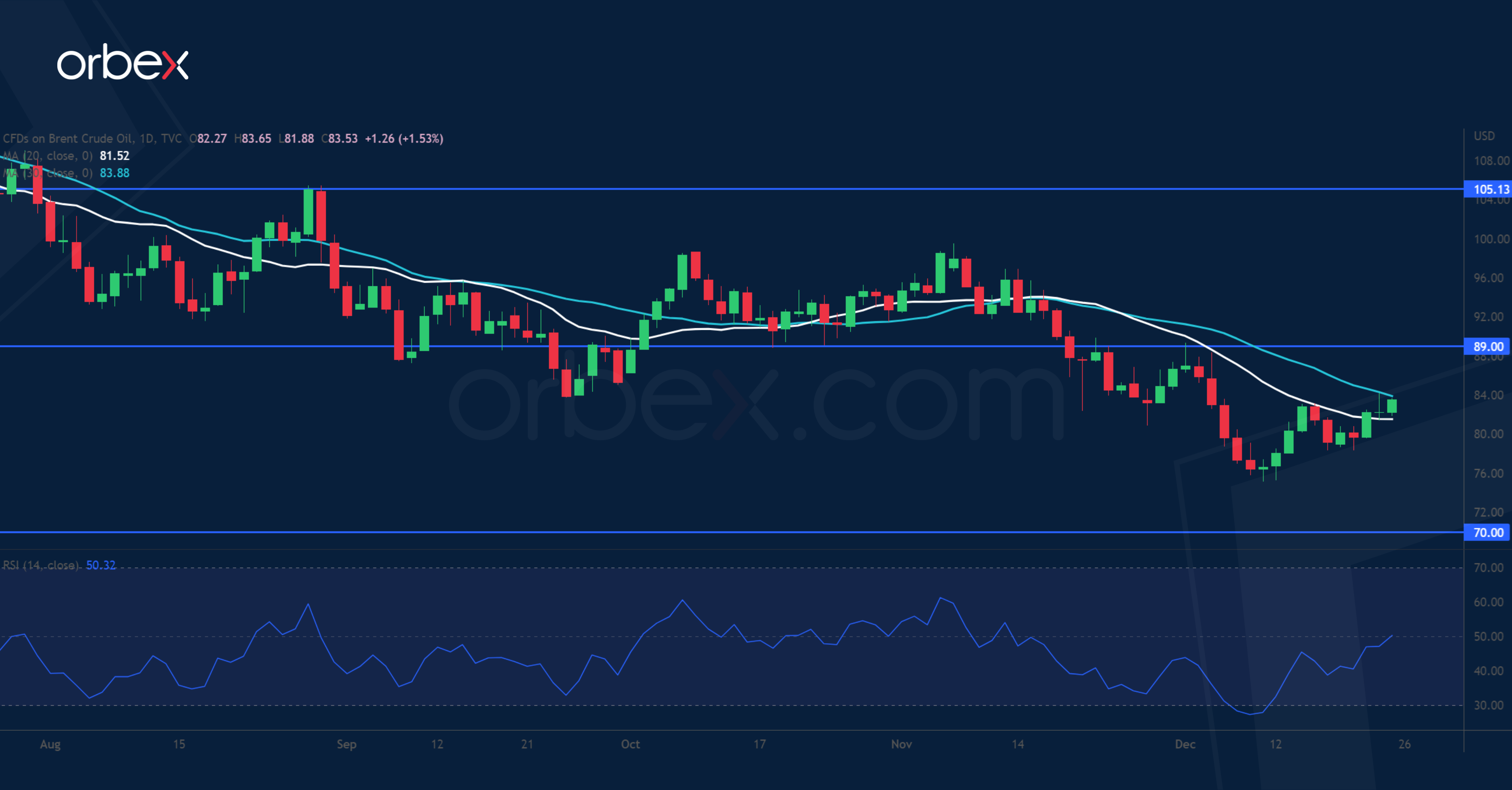 Brent crude struggles over a murky demand outlook. Russia has said it may cut oil output by up to 7% in retaliation for the price cap by the West earlier this month. However, this may only offer limited support to the price as Moscow’s response could have already been priced in. The prospect of lacklustre demand remains the main driver of the market. As China grapples with a rapid surge in Covid cases, traders fret that the world’s No.2 oil consumer would see a significant slowdown in the next few months, and all this against the backdrop of a possible global recession. 89.00 is the first hurdle and 70.00 a major floor level. 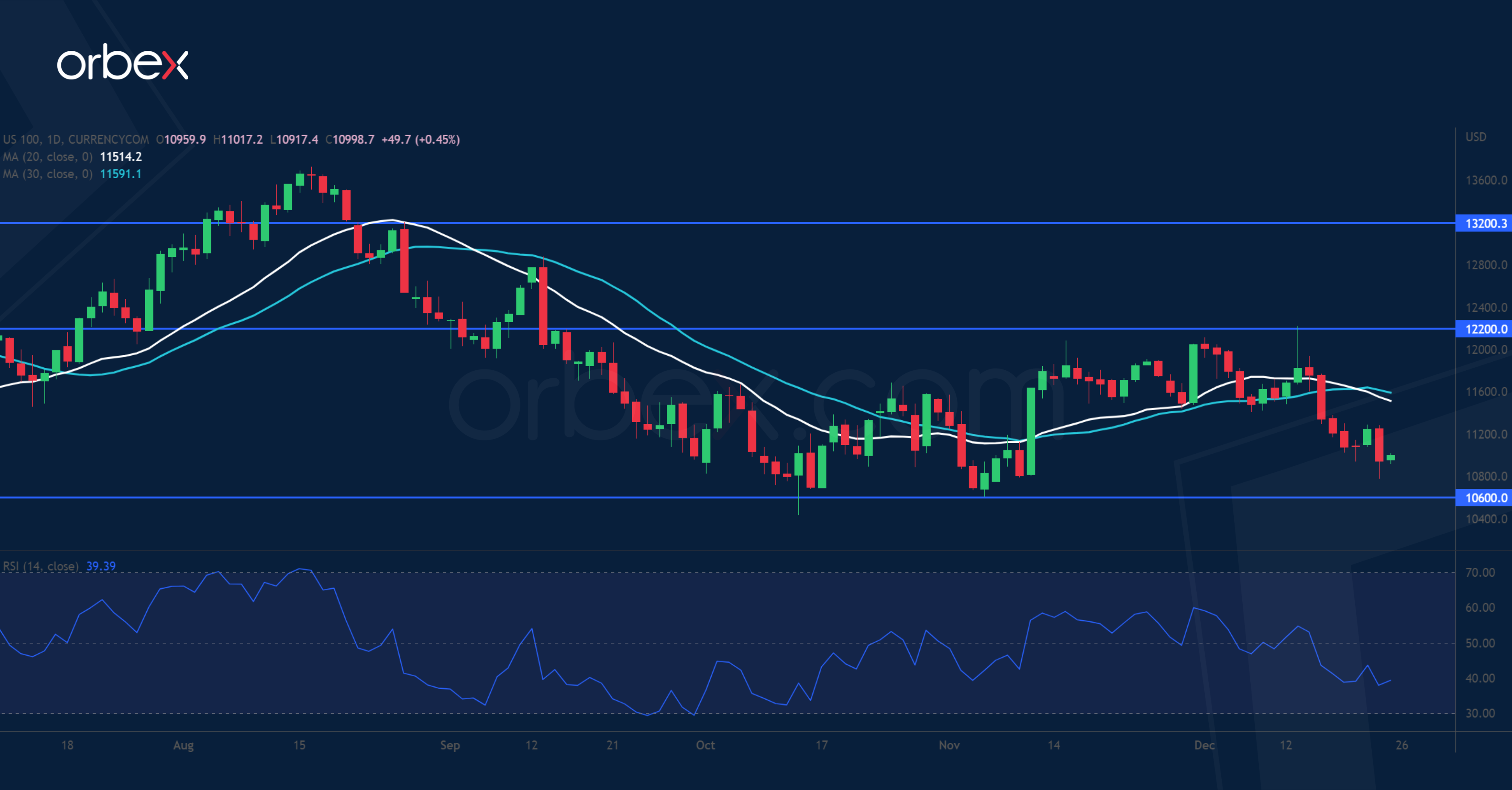 The Nasdaq 100 struggles as the growth sector struggles with high interest rates. Data-wise, the recession is yet to show up. While inflation expectations edged lower and existing US home sales fell for a 10th straight month in November, consumer confidence remains robust. The Fed may want to see softness in the labour market and wage growth before they would declare victory over inflation. Despite layoffs in the technology sector, the unemployment rate is low enough for the central bank to keep on tightening. Needless to say, jobs data will be the focal point in 2023. The index hit resistance at 12200 and is testing support at 10600

The Week Ahead – Is BoJ laying groundwork for tightening?

Bitcoin and Ethereum were both stable over the weekend