The Week Ahead – Fed may not blink as soon as expected 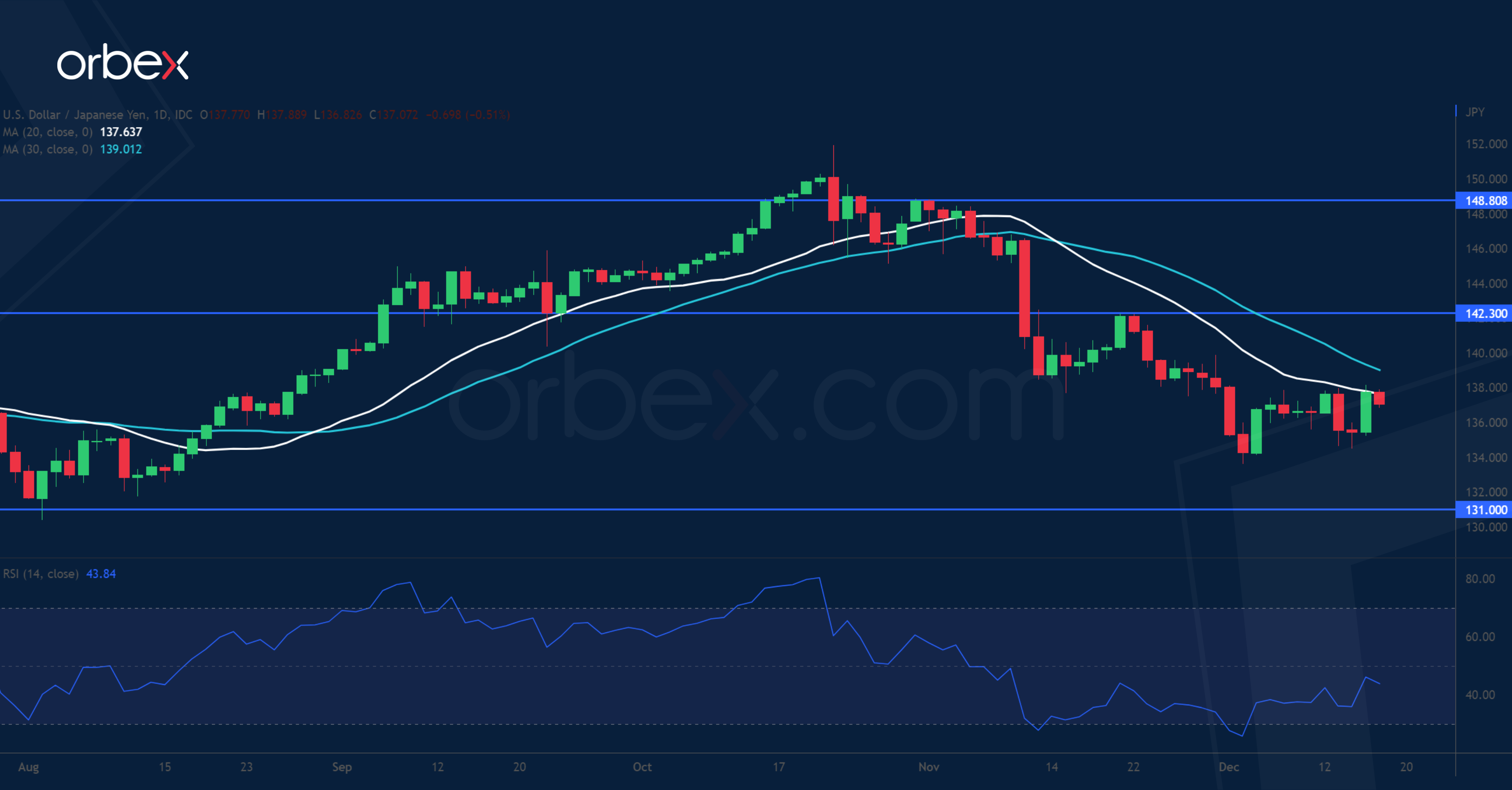 The Japanese yen recovers as the market raises their expectations of a policy shift next year. The BOJ’s last meeting of the year is unlikely to be eventful as Governor Kuroda has repeatedly dismissed the chance of a near-term rate hike. But traders are now looking beyond his term which will end next April. As Japan’s consumer prices surged to 3.6% in October, at the fastest pace in 40 years, the market is betting that a more hawkish successor would shift the monetary policy and trim the stimulus. Meanwhile, the dollar’s weakness offers some tailwinds. The pair is heading to August’s low at 131.00 with 142.30 as the closest resistance. 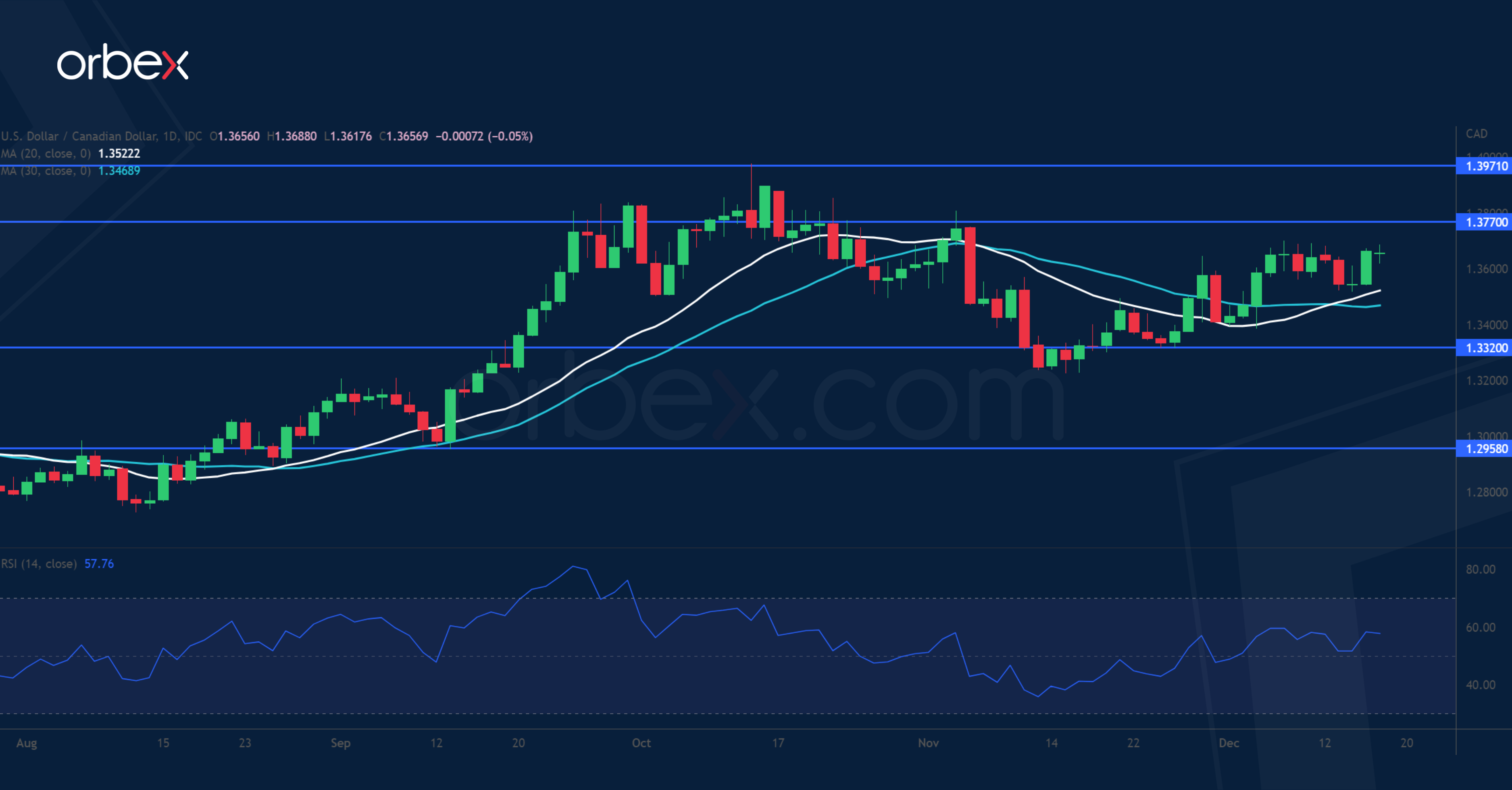 The Canadian dollar slips as the BoC may pause its tightening. Policymakers are at a crossroads after the BoC lifted interest rates back to its peak level in 2008 at 4.25%. Governor Macklem said that too much rate hiking would tip the economy into a recession, but not tightening enough would leave prices continuing to spiral. Thus this week’s Canadian CPI may offer significant guidance. With inflation reaching 6.9% in October, a lower reading in November would allow the central bank to ease its stance, though at the expense of the loonie in terms of the rate differential. 1.3320 is the first support and 1.3770 remains a major cap ahead. 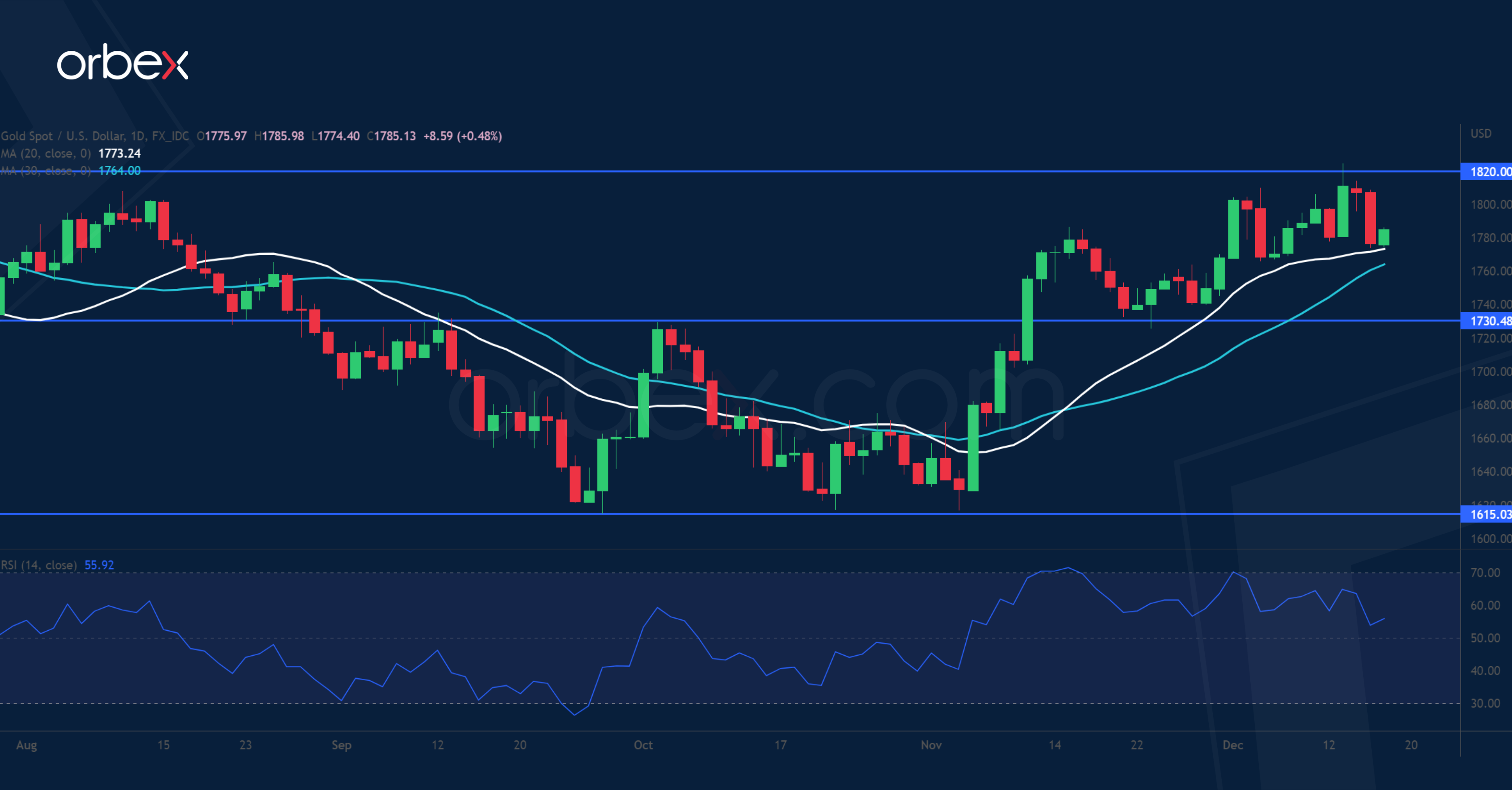 Gold dipped as the US dollar firmed up over an assertive Federal Reserve. While the US central bank raised interest rates by 50 basis points in line with expectations, Chair Jerome Powell’s insistence on more hikes next year has dissipated the market’s enthusiasm. Despite signs of slowing inflation, policymakers definitely do not want to get wrongfooted this time, even if it means to press harder, which in turn drives expected peak rates above 5% in 2023. As Treasury yields and the dollar found renewed demand, the precious metal could start to lose its momentum. The price hit resistance at 1820 and 1730 is the first support.

SPX 500 struggles as tightening to continue 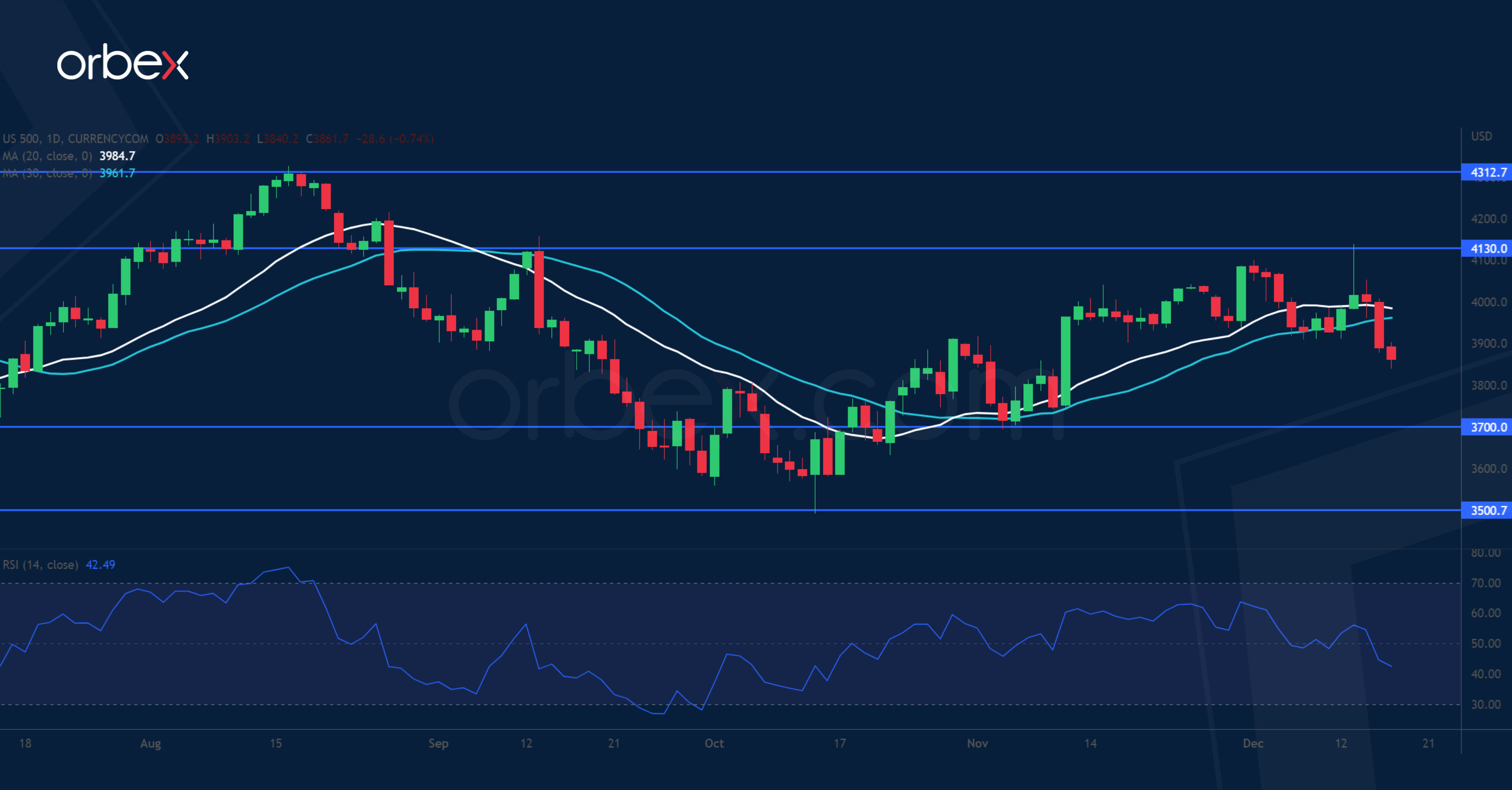 The S&P 500 slumps as the Fed cautions about pivot wishes. Investors may start to wonder whether they have got ahead of themselves after a cheerful slowdown in US inflation last month. The Fed’s emphasis on restrictive rates for a longer period of time is a reminder that the tightening cycle could still be in full swing. Practically speaking, besides the much talked-about recession, high borrowing costs mean less leverage in the market which is a prerequisite for a bull run and investors would rather sit on cash that could return 5% next year. The index turned south from September’s high of 4130 and may test 3700.

The post The Week Ahead – Fed may not blink as soon as expected appeared first on Orbex Forex Trading Blog.

The price of oil in a new retreat