Euro headed to parity according to Bloomberg

I came across a piece this am on the Market’s Live Blog making a case for parity on the EURUSD pair. The pair currently sits at 1.0835 and so it would need a move of ~8% to move down there. 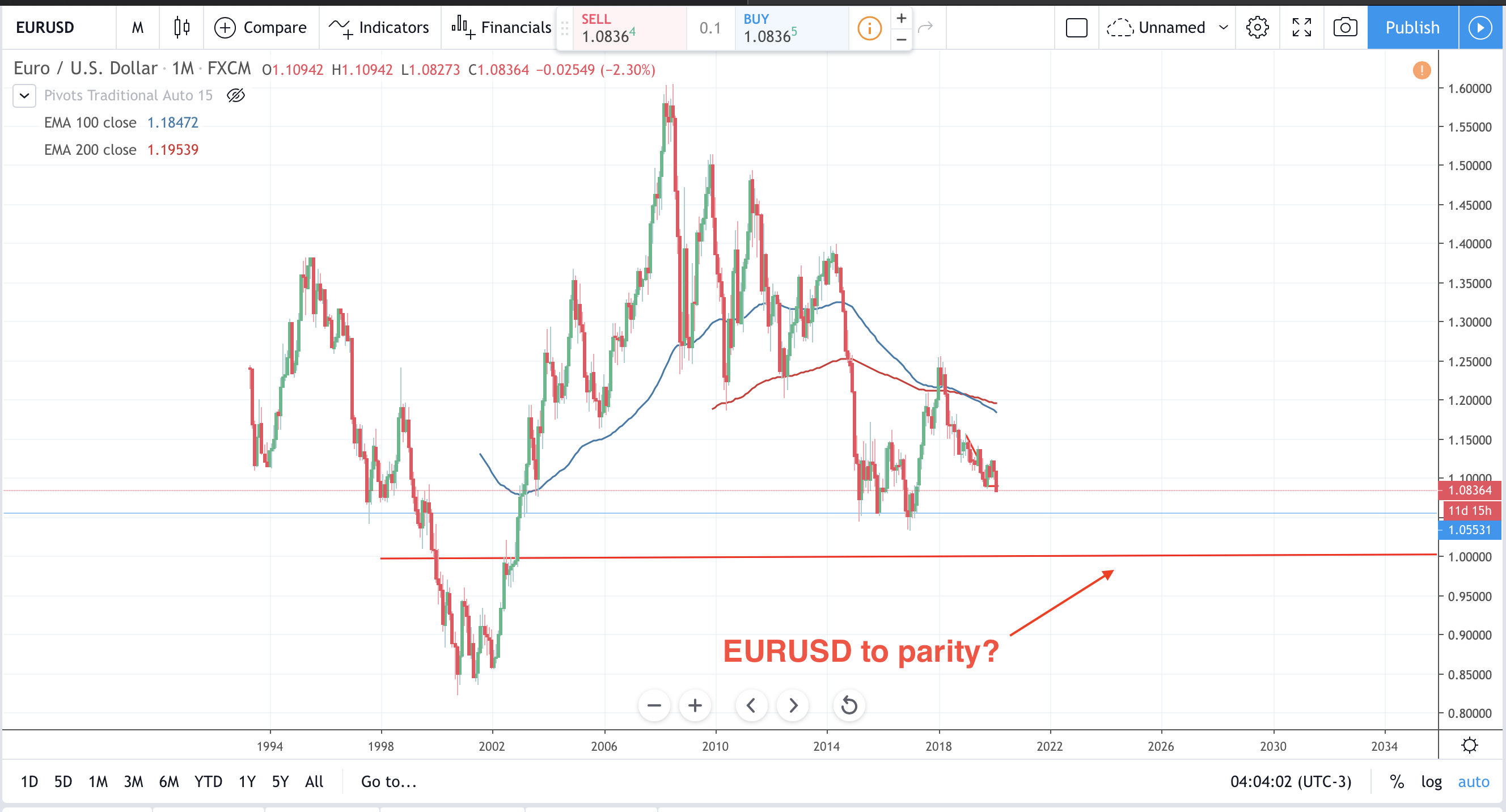 The EURUSD pair has been at parity before with the most recent times in 2014 and 2015 and there is plenty of reason to think that could continue again:

With EURUSD having broken through key support any return back to 1.1000, 1.10500 and 1.1200 look suitable for sellers to re-engage short positions in the medium term. 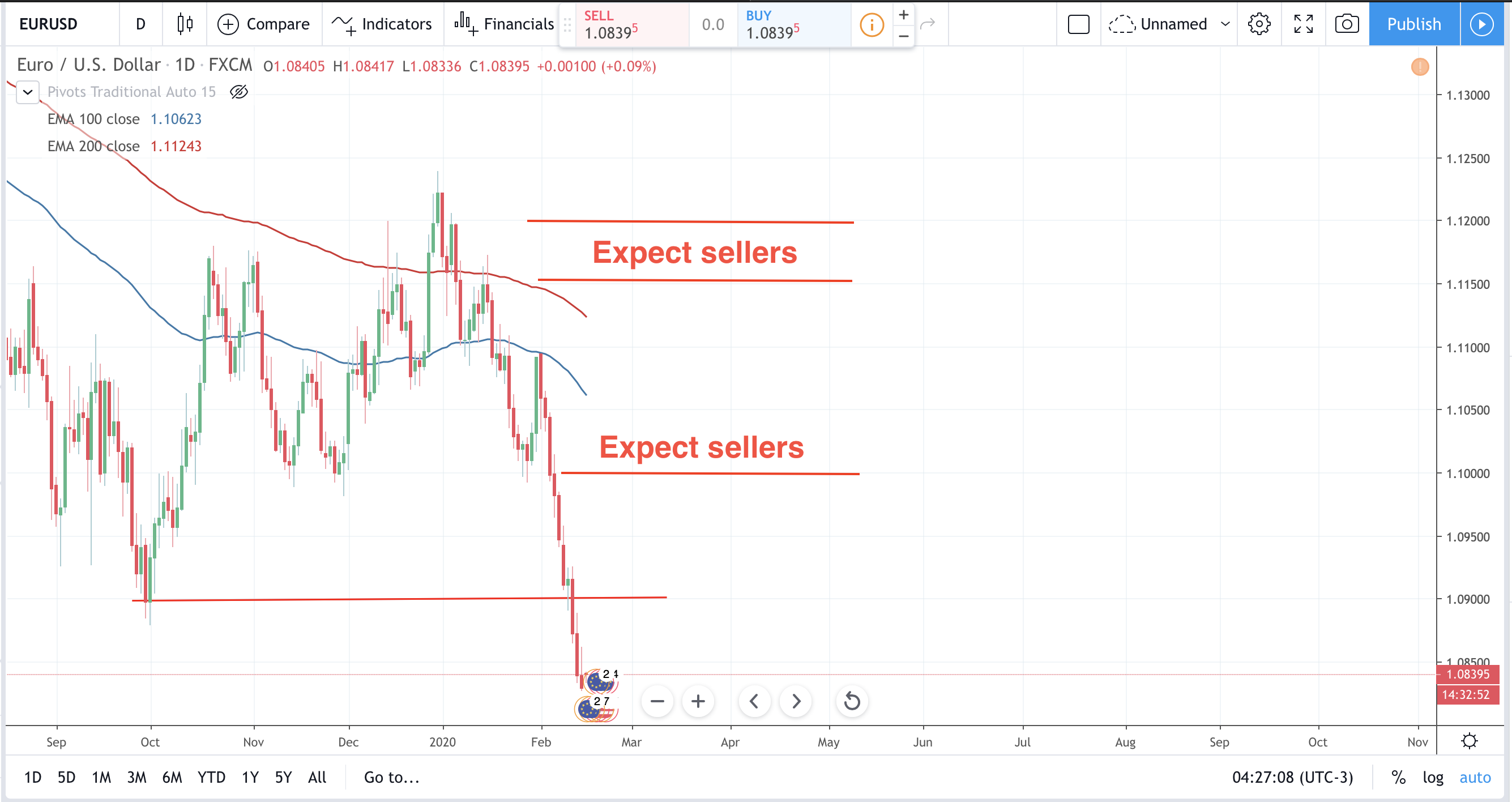