The financial markets are generally treading water in Asian session today, with very limited movements. Yen, Swiss Franc and Dollar are the strongest ones for the weak so far. But there is not much committed buying seen yet. On the other hand, Sterling is the worst performing one for the week at this point, with clearer follow through selling. Commodity currencies are also soft, awaiting range breakout in stocks.

Technically, GBP/USD, GBP/JPY and GBP/CHF has also resumed recent decline. But EUR/GBP is still bounded in range of 0.8866/99054. Break of 0.9054 resistance EUR/GBP is preferred to confirm underlying weakness in the Pound. Yet, Euro’s own softness might cap EUR/GBP’s upside. Both EUR/USD and EUR/JPY have resumed recent decline. A break of 1.0650 temporary low in EUR/CHF could drag Euro down elsewhere, and could kick EUR/GBP back to the lower side of the range.

“Concerning short-term prospects, the economy is expected to move toward picking up from an extremely severe situation, supported by the effects of the policies while the socio-economic activities will be resumed gradually with taking measures to prevent the spread of infectious diseases. However, attention should be given to the trend of domestic and overseas infections, and the effects of fluctuations in the financial and capital markets.”

Japan national CPI core (all items less fresh food) was unchanged at -0.2% yoy in May, worse than expectation of an improvement to -0.1% yoy. That’s also the second straight month of negative reading. Nevertheless, CPI core-core (all times less fresh food, energy) rose back to 0.4%, up from 0.2% yoy, which might be a sign of relief. Headline CPI (all items) was unchanged at 0.1% yoy.

In the minutes of April 27 BoJ meeting, one membered warned that “the economy might fall into deflation”, “fiscal and monetary authorities could further cooperate with each other”. Another member said BoJ should “consider what was necessary to avoid deflation”. A member said it was appropriate to “revise the forward guidance” with a view to “not allowing deflation to take hold”.

Preliminary data showed that Australia retail sales rose 16.3% mom in May. that’s the largest rise on 38 years of record. But that wasn’t enough to recover the record contraction of -17.7% mom in April.

ABS said, “there were large rises for clothing, footwear and personal accessory retailing and cafes, restaurants and takeaway food services, as restrictions on trade were lifted during May. Despite the rises, both these industries remain well down on the levels of May 2019.”

UK Gfk consumer confidence rose 6 pts to -30 in June, hitting the highest level since March. That’s also the biggest improvement in nearly four years. Expectations on general economic situation over the next 12 months improved by 9 pts to -48, but stayed deeply negative.

“We have seen queues as some shoppers return to battered high streets,” said Joe Staton, GfK client strategy director. But “with the labor market set for more job losses, we have to question whether we are seeing early signs of economic recovery or that infamous ‘dead cat bounce.’”

Fed Bullard: Definitely don’t think we’re out of the woods

St. Louis Fed President James Bullard said yesterday that the he “definitely don’t think we’re out of the woods”, from the coronavirus crisis. The US is still at a high, high risk level here,” he warned, “Any crisis, I think you have to keep in mind that many things can happen – many twists and turns can occur.” “If you get massive business failures, you’ll face depression risk or financial crisis risk or both,” Bullard said. “And we want to stay out of those situations,”

Minneapolis Fed President Neel Kashkari said yesterday that “economic recovery is likely to be bumpy and it’s going to be more muted.” “My base-case scenario is that we are going to continue to see peaks, second waves, etcetera, unfortunately, for the rest of the year, until we get to some form of effective therapy or some form of vaccine or very, very widespread testing, and we are not there yet,” he added. 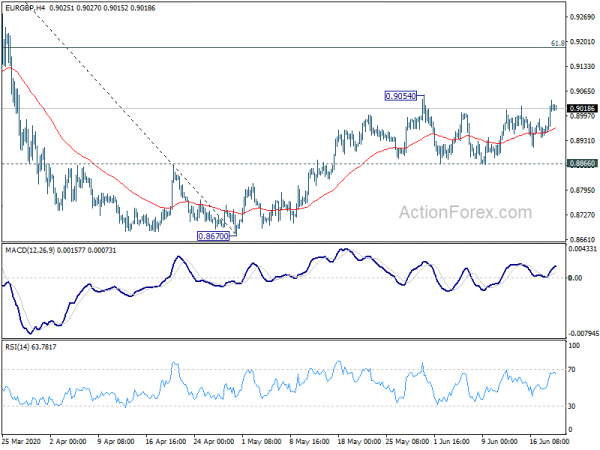 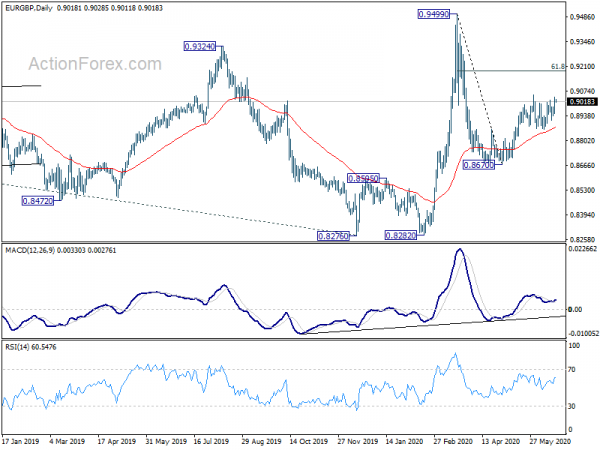