The markets remain generally steady today, with UK and US markets on holiday. Sterling is mildly higher, followed by commodity currencies. On the other hand, Yen, Dollar and Euro are the relatively weaker ones. But after all, major pairs and crosses are stuck inside Friday’s range. Investors would probably need to wait until tomorrow before taking a direction.

Ifo President Clemens Fuest said: “Even though companies once again assessed their current situation as slightly worse, their expectations for the coming months improved considerably. Nevertheless, many companies are still pessimistic about their business. The gradual easing of the lockdown offers a glimmer of hope.”

Germany’s GDP contraction was finalized at -2.2% qoq in Q1, unrevised from initial estimate. That was the largest decline since the global financial and economic crisis of 2008/2009. It’s also the second worst since reunification.

In April’s preliminary data, Australia’s goods exports dropped -12% mom from March’s record high of AUD 35.8B to AUD 31.4B. The contraction was driven by exports of non-rural goods (down -8% mom) and non-monetary gold (down -47% mom). 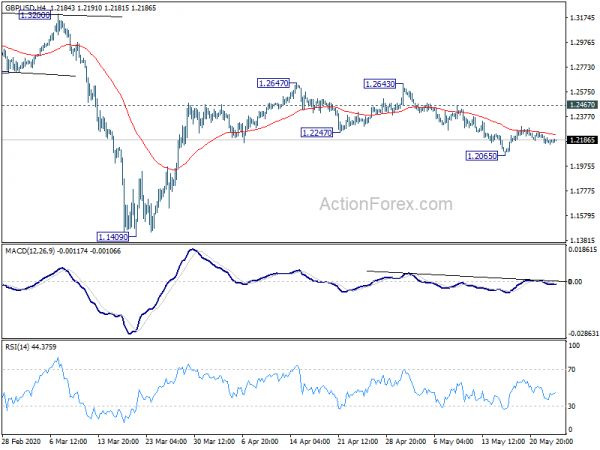 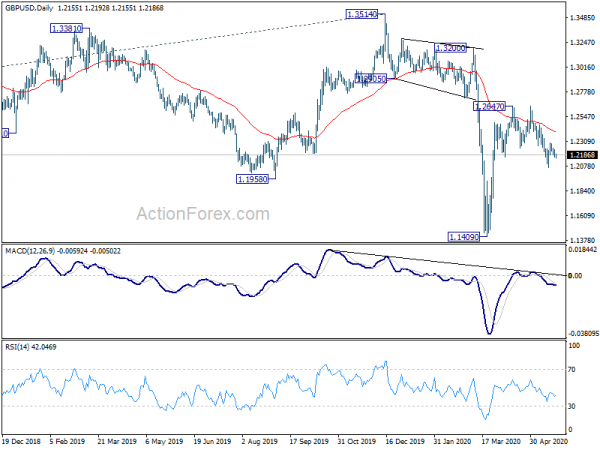