Markets are generally trading in risk-on mode today. NASDAQ surged to new record highs overnight following solid US job data. Better than expected China services data continue to support sentiment. Yen, Dollar and Euro are set to end the week as the worst performing ones while Sterling and commodity currencies would be the strongest. Technically, there weren’t much new developments though, and breakouts are awaited. But we might need to wait till next week.

China Caixin PMI Services jumped to 58.4 in June, up from 55.0, beat expectation of 53.8. The rate of expectation was the quickest recorded since April 2010. The upturn was widely attributed to the recent easing of coronavirus related restrictions and stronger demand conditions. PMI Composite rose to 55.7, up from 54.5, strongest since November 2010.

“Therefore, although businesses were optimistic about the economic outlook, they remained cautious about increasing hiring, with employment in both the manufacturing and services sectors shrinking. Addressing the employment problem requires not only macro policies to further promote work resumption, but also more targeted relief measures introduced by governments to tide companies over.”

Australia retail sales rose 16.9% in May on lockdown easing

Australia retail sales rose 16.9% mom in May, revised up from preliminary reading of 16.3% mom. But that’s not enough to recovery the -17.7% mom decline back in April.

“The gradual easing of social distancing regulations, and the re-opening of physical stores, bolstered retail trade in May,” said Ben James, Director of Quarterly Economy Wide Surveys. “Retailers across a range of industries reported high numbers of consumers returning to stores, with some retailers noting levels similar to those seen in December.”

Australia AiG Performance of Construction Index rose to 35.5 in June, up from 24.9. The data indicates improvement in business conditions in the sector, with pace of contracted eased from the record lows experienced since March. In trend terms, all components improved but stayed below 50. IN particular, activity rose 13.7 pts to 35.1. New orders rose 9.8 pts to 32.8. Employment rose 11.3 pts to 40.4.

UK Gfk Consumer Confidence rose to -27 in July’s flash reading, up from June’s -30. General Economic Situation over the next 12 months also improved to -42, up from -48.

“After the recent near-historic low of -36 for the Consumer Confidence Barometer last month, we’re seeing some early signs of improvement across most measures for our fourth COVID-19 flash, even though all our core scores remain negative… Economic headwinds could easily blow any recovery off-course with confidence remaining fragile and volatile amid few signs of stability.” 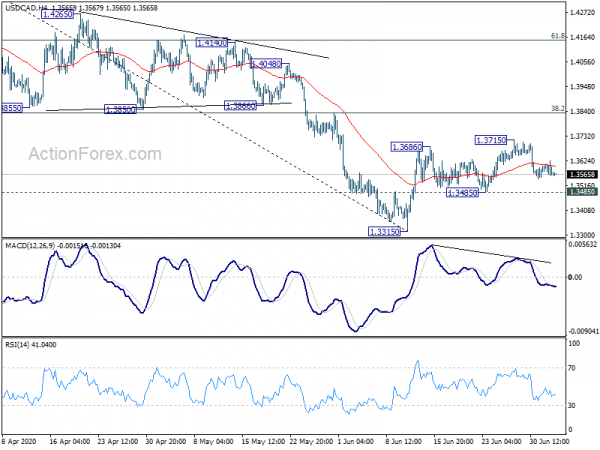 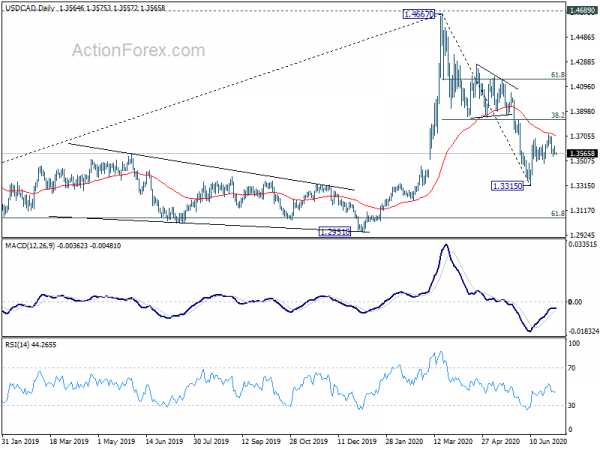