Yen and Swiss Franc rise broadly today as global stock markets look set for a pull back after recent strong run. Major European indices are trading generally in red while US futures point to a lower open. On the other hand, commodity currencies are trading broadly lower, as led by Australian Dollar. Sterling, Euro and Dollar are mixed, somewhat caught in between.

Technically, though, it’s still too early to even call a top in US stocks, not to mention a major pull back or a reversal. 3090.41 support in S&P 500 and 9560.41 support in NASDAQ need to be violated first before confirming short term topping. Gold, on the other hand, is near to a near term resistance level at 1721.90. Break will indicate completion of the correction from 1765.25, which is a sign of return of risk aversion. 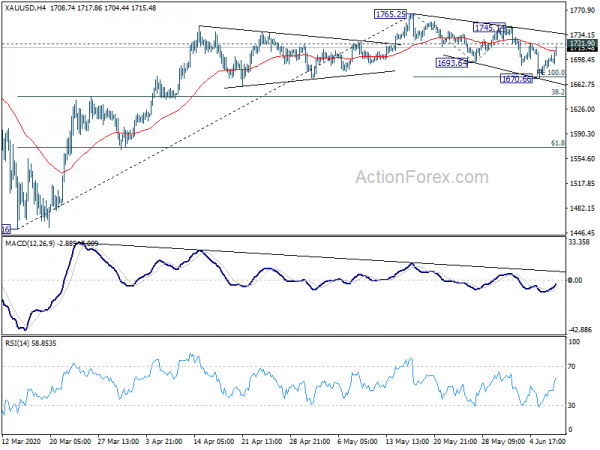 In the currency markets, we’d maintained that 0.6856 minor support in AUD/USD and 1.3572 minor resistance in USD/CAD should be taken out if commodity currencies are ready to pull back. 74.40 support in AUD/JPY should be broken before confirming short term topping too. EUR/CHF will also need to break 1.0744 minor support to violate near term bullishness. For now, we’ll have to wait and see. 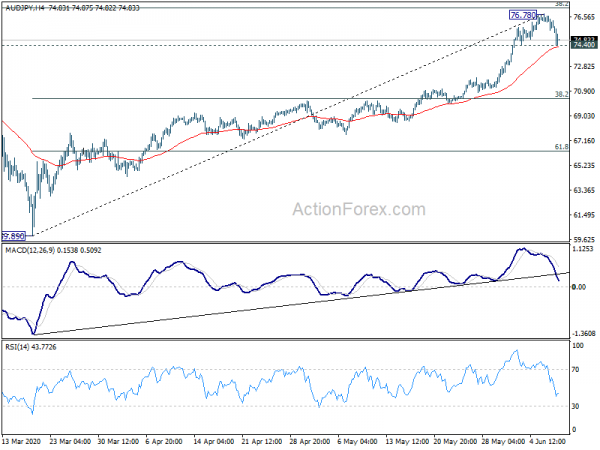 ECB said Euro remains “unchallenged as second most used currency globally”, after US Dollar. Role of Euro remained “stable” as global reserve currency”. The international role declined after the global financial crisis but has now “bottomed out”. At the end of 2019, Euro accounted for 20.5% of global FX reserves, up from 20.3% a year earlier. Share in outstanding international debt securities, dropped -0.3% to 22.1%.

President Christine Lagarde also noted, “the recent COVID-19 pandemic underlines the urgency of these policies and reform efforts, which are paramount to raising the attractiveness of the euro globally”. Executive Board member Fabio Panetta said, “the swift implementation of an EU taxonomy of sustainable economic activities would provide a credible and standardised framework, ensure greater investor confidence and could thereby also contribute to strengthening the international role of the euro”.

Among Member States for which data are available, Ireland (+1.2%), Bulgaria and Romania (both +0.3%) as well as Sweden (+0.1%) still recorded positive growth compared with the previous quarter. GDP fell in all other EU Member states, with the highest declines in France and Italy (both -5.3%) as well as Spain and Slovakia (both -5.2%).

S&P Global Ratings affirmed Japan’s A+ long-term and A-1 short-term sovereign credit ratings. However, outlook is downgraded from positive to stable as the “weak government finances have deteriorated further in fiscal 2020 owing to the COVID-19 pandemic”.

“The fiscal position should improve materially once the outbreak recedes and economic growth returns. Nevertheless, we expect the fiscal deficit will remain relatively high” in fiscal 2021 through 2023, it said.

However, “should real interest rates increase sharply at some point, this would severely strain the government’s debt dynamics,” it added. “This could occur if investors demand a higher risk premium and push up nominal interest rates. But we believe the greater risk is from renewed and persistent deflation.”

According to Alan Oster, NAB Group Chief Economist said negative conditions indicates that “activity was still extremely weak in May.” Also, “forward orders suggest that in the short-term activity is likely to remain weak in the business sector and combined with low capacity utilisation and still very weak confidence points to ongoing restraint in Capex spending”. Recovery in confidence will likely be a “key factor” in how businesses recovery from the largest downturn since 1930s.

The improvement reflected New Zealand’s “continued steady progress out of lockdown”, but “levels remain very low”. ANZ also noted, emerging into Level 1 lockdown, “disruption has waned, and normality beckons”. But “there is a huge tourism-shaped hole” in the economy. Also, “people will feel comfortable going into a shop or restaurant – that’s a huge win – but whether they’ll feel comfortable spending money is another question again.” 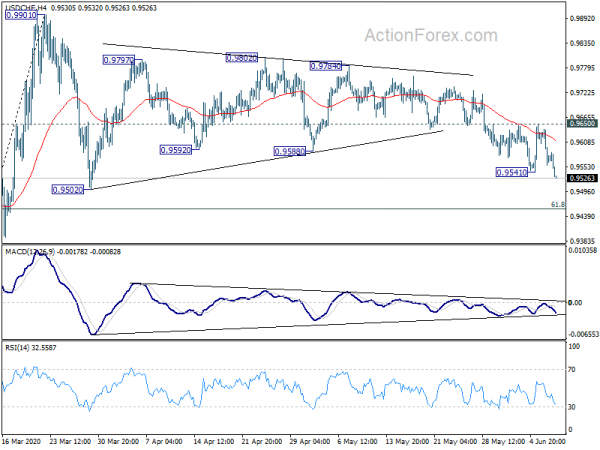 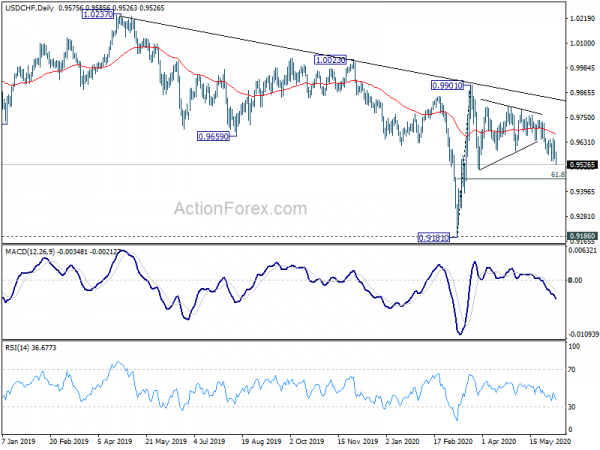