Risk aversion remain a major theme today on concern over coronavirus second wave. DOW futures point to sharply lower open and the index could lose 25k handle. NASDAQ might also have another take on 9500 too. In the currency markets. Swiss Franc, Yen and Dollar are taking turns to the strongest for today. But all three are limited below Friday’s high against other major currencies. Australian Dollar is leading commodity currencies lower.

Technically, one development to note is the selloff in AUD/NZD. the break of 55 day EMA suggests rejection by 1.0865 near term resistance. Fall from there could have a take on 38.2% retracement of 0.9994 to 1.0880 at 1.0542. Reaction from there would determine which one of Aussie or Kiwi would underperform in the next move. 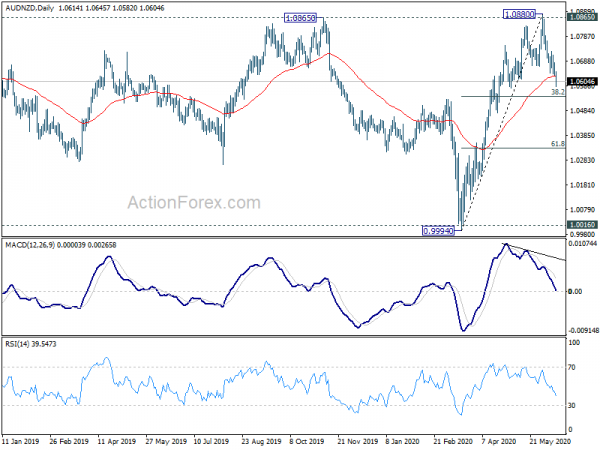 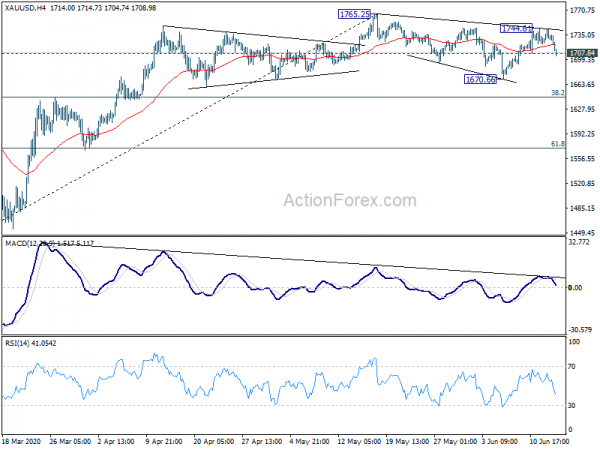 Canada manufacturing sales dropped a record -28.5% mom to CAD 36.4B in April, much worse than expectation of -20.2% mom. StatCan said, “April marked the first full month of physical distancing measures in the wake of COVID-19 and manufacturing plants operated at limited capacity or ceased operations completely.”

Sales were down in all 21 industries, led by sharp declines in the transportation equipment and petroleum and coal product industries. In volume terms, manufacturing sales fell by a record 26.0%, indicating that a much lower volume of products was sold in April.

Germany’s Economy Ministry said in the monthly report that the economy is in a “deep recession” due to coronavirus pandemic. The “low point” was already reached with the tough shutdown measures in April. Overall economic performance will “decline much more strongly on average” in Q2, comparing to Q1. Recovery in H2 and afterwards will be “sluggish and take longer”.

Outlook of China’s economy is clouded by the resurgence of coronavirus risk in its capital city. Beijing reported a cluster of new coronavirus cases linked to its biggest wholesale food markets overnight weekend, which is now shutdown. Authorities in Beijing locked down 11 residential communities near the Xinfadi market. Additionally, the China Southern Airlines was required to suspend flights between Dhaka, Bangladesh, and the southern city of Guangzhou for four weeks.

From Japan, tertiary industry index dropped -6.0% mom in April, versus expectation of -7.5% mom. 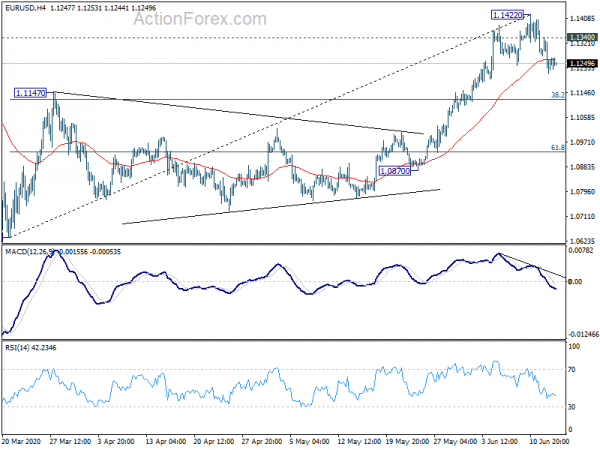 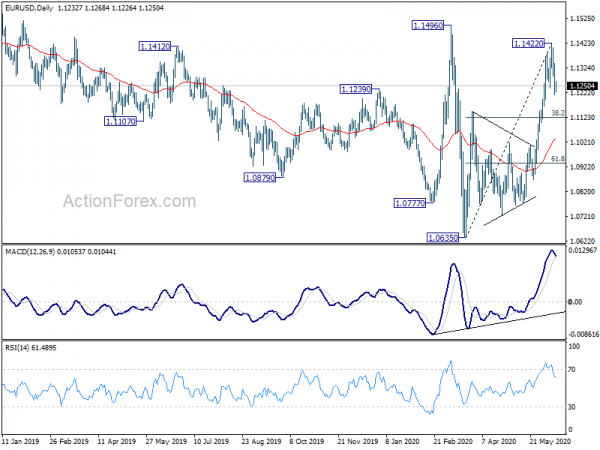