A look at gilts

UK 2-year yields fell to an all-time low of -0.051% in the latest trade. They first fell into negative territory in March but were trading with a positive yield as recently as Tuesday.

Yesterday, the BOE’s Bailey said the central bank was looking at negative rates. That’s the kind of idea you really shouldn’t float unless you’re going to do it, transparency be damned.

As you can see, the market is acting like it’s a done deal and is now paying Boris Johnson for the privilege of lending his government money.

Further out it’s much of the same story but 10-years are holding Friday’s low of +0.180% so far, but with little breathing room.

The pound took a beating last week on negative rate talk and fell to 1.2186 earlier but has crawled back to 1.2224. 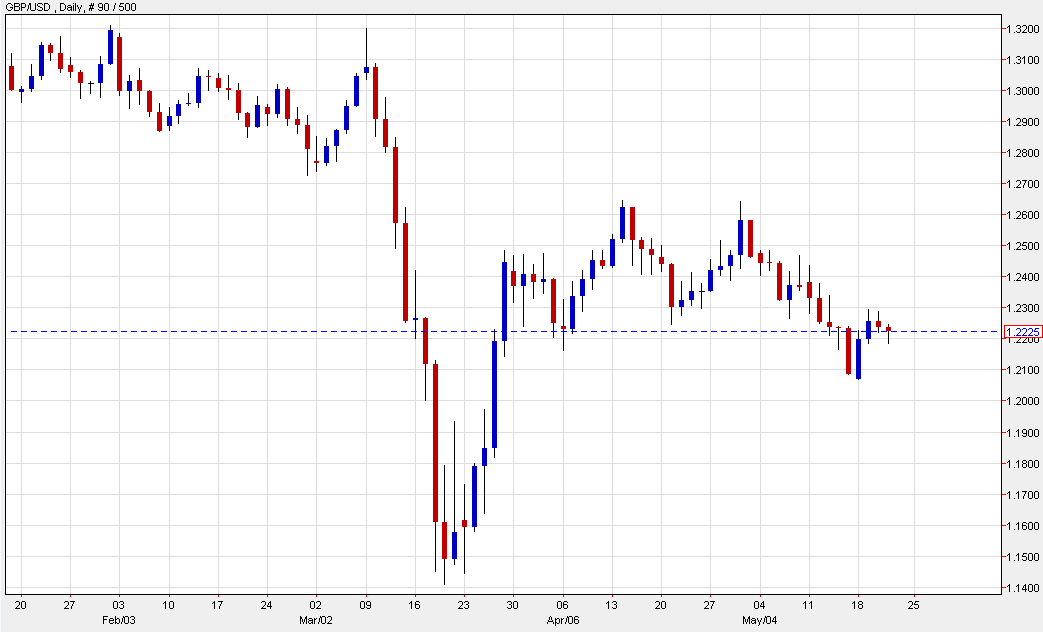