GBPUSD could lead to the formation of a global corrective triple zigzag w-x-y-x-z.

The final wave z most likely takes the form of a primary triple zigzag Ⓦ-Ⓧ-Ⓨ-Ⓧ-Ⓩ. The primary wave Ⓩ could take the double zigzag pattern (W)-(X)-(Y).

The formation of the intervening wave (X) has recently ended. There is a high probability that the last sub-wave (Y) will take the form of a zigzag A-B-C.

The end of the first impulse wave A is expected at a minimum of 1.095. 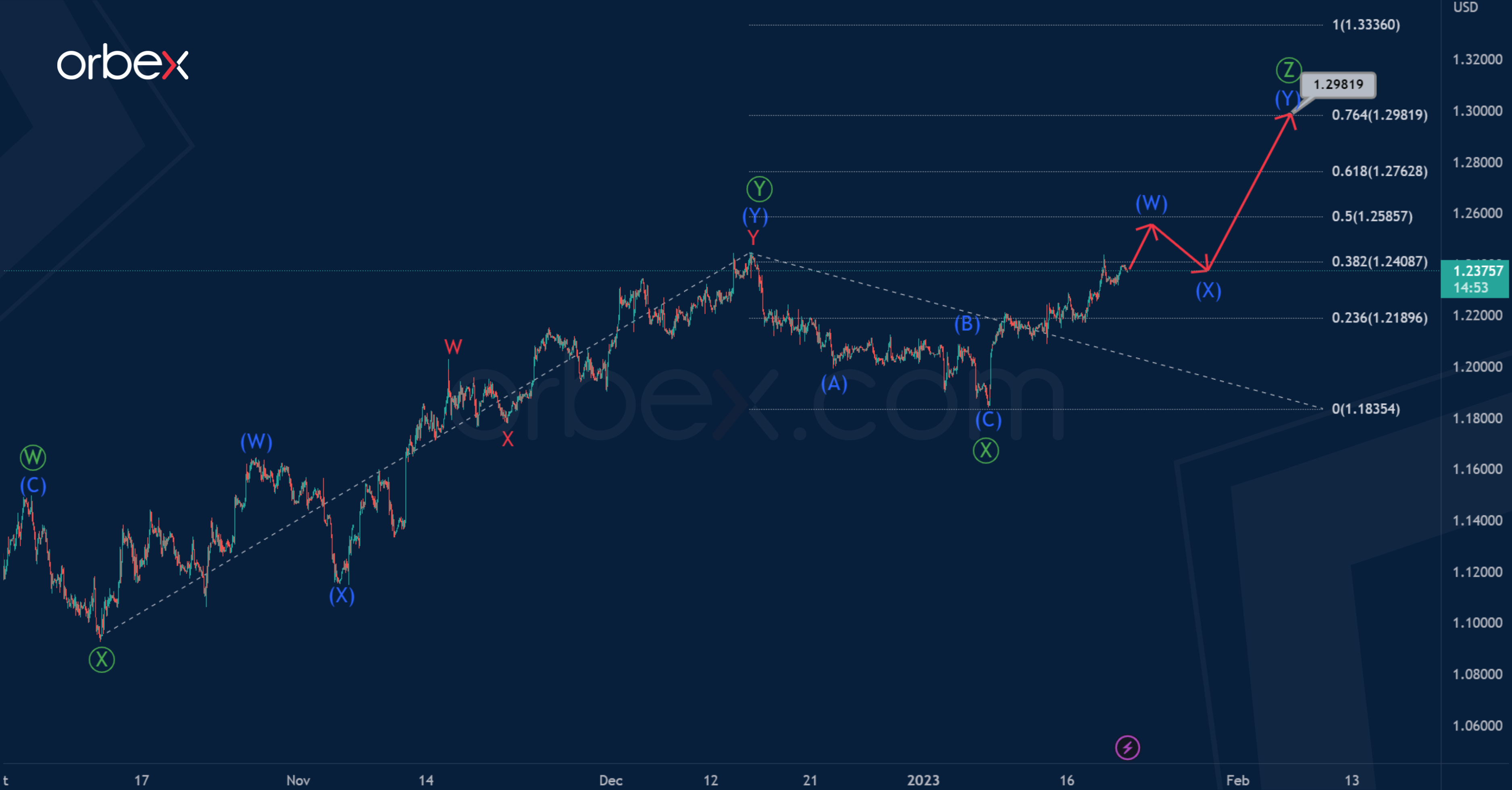 Alternatively, it is assumed that the cycle wave z could has ended. Thus, we see that since the end of September, bulls have started to move the price up in a new trend.

Perhaps we are seeing the development of a primary triple zigzag Ⓦ-Ⓧ-Ⓨ-Ⓧ-Ⓩ. The first four waves are already formed.

Test your strategy on how the GBPUSD will fare with Orbex

Meta Masters Guild is in the spotlight. Why’s that?

One white soldier candlestick in the Forex