GBP/USD spiked higher in an initial reaction after the BoE announced another GBP 100bln in QE but once the dust settled the price shot lower to break the previous wave low of 1.2454. The market has already been pricing in the GBP 100bln but there were some outside calls for a higher number and also a change in the incremental size on a month to month basis.

BoE Governor Bailey stated that negative rates are not imminent and also one of the key extracts from the statement noted ”Asset purchases can now be conducted at a slower pace.”. This seems to be the point where GBP started to turn.

Looking at the chart, the market has now made a lower high lower low pattern. The purple trendline has now been broken and it seems that the pair could hit lower levels. Below the current level, there is a Fibonacci cluster zone at 1.2350. This is where the bears might run into some trouble. Just beyond that the 161.8% Fibonacci extension is near the 1.23 round number. 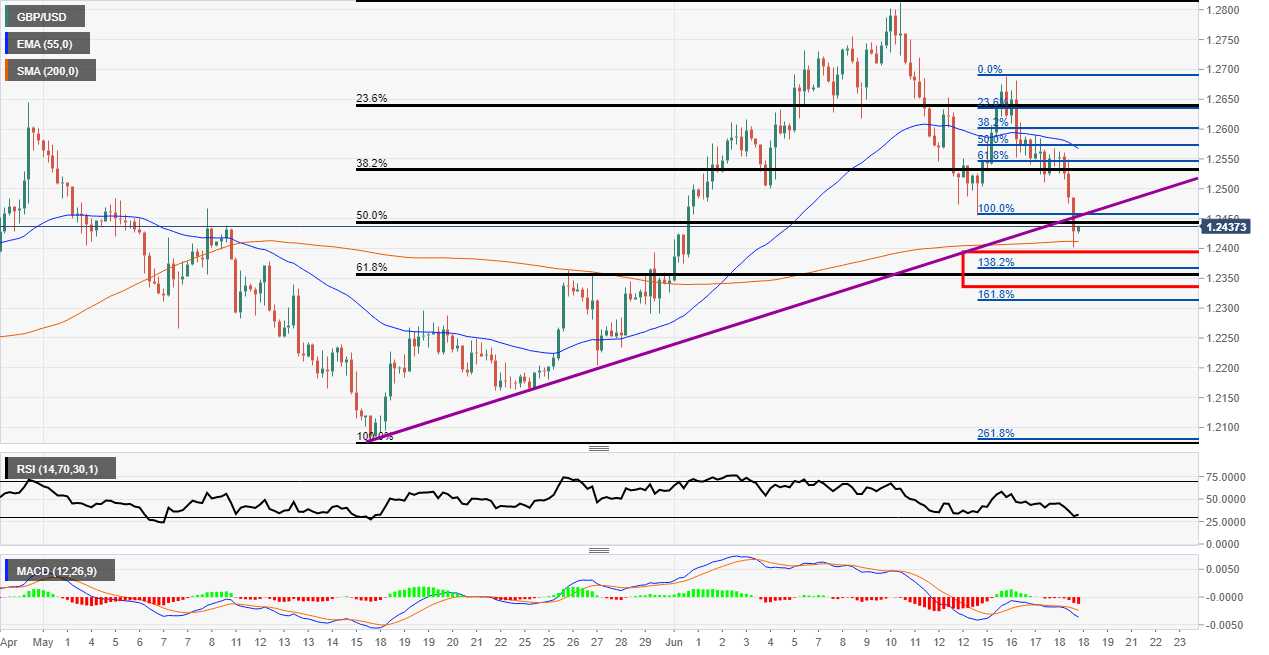