Yen and Swiss Franc are trading as the strongest ones for today as stock markets are weighed down by escalating US-China tensions. Though, negative sentiments in Europe was partly offset by much stronger than expected Eurozone and UK PMIs. Signs of a V recovery are there even though the development will depend very much on the second wave of coronavirus infections. Both Euro and Sterling are resilient today. On the other hand, Australian Dollar leads other commodity currencies as the worst performing ones. 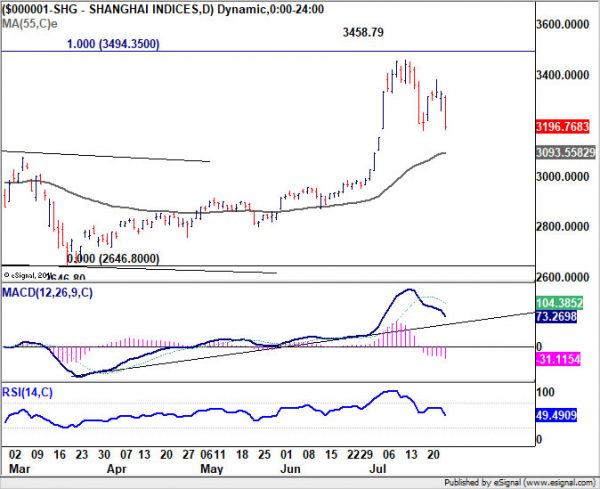 Chris Williamson, Chief Business Economist at IHS Markit, said: “The UK economy started the third quarter on a strong footing as business continued to reopen doors after the COVID-19 lockdown… However, while the recession looks to have been brief, the scars are likely to be deep. Even with the July rebound there’s a long way to go before the output lost to the pandemic is regained and, while businesses grew more optimistic about the year ahead, a V-shaped recovery is by no means assured…. July’s PMI represents a step in the right direction, but there is a mountain still to climb before a sustainable recovery is in sight.”

Retail sales, in volume term, rose 13.9% mom in June, much better than expectation of 8.5% mom. Excluding automotive fuel, sales rose 13.5% mom, also well above expectation of 7.5% mom. Total sales have now recovered back to similar levels as before the coronavirus pandemic.

Gfk Consumer Confidence came in at -27 in July, up from June’s -30, unchanged from flash reading. Joe Staton, GfK’s Client Strategy Director, says: “There’s been little to boost the public’s mood as the cost of the pandemic to the UK’s economy is becoming apparent. Amidst significant job losses and the end of the furlough scheme, it is perhaps surprising Consumer Confidence has held steady at -27 this month.

Chris Williamson, Chief Business Economist at IHS Markit said: “Companies across the euro area reported an encouraging start to the third quarter, with output growing at the fastest rate for just over two years in July as lockdowns continued to ease and economies reopened…. However, while the survey’s output measures hint at an initial v-shaped recovery, other indicators such as backlogs of work and employment warn of downside risks to the outlook…. The concern is that the recovery could falter after this initial revival.”

CBA Head of Australian Economics, Gareth Aird said: “The improvement in growth momentum in July is welcome, but concerns around COVID-19 and the potential policy responses to a lift in the number of new cases continue to weigh on activity. The fall in employment looks a little surprising given some other measures of labour demand have firmed more recently. But encouragingly the acceleration of growth in new orders suggests labour demand should improve. The lack of any inflationary pulse was once again evident. That supports our view that we will be in a low inflation environment for an extended period of time”. 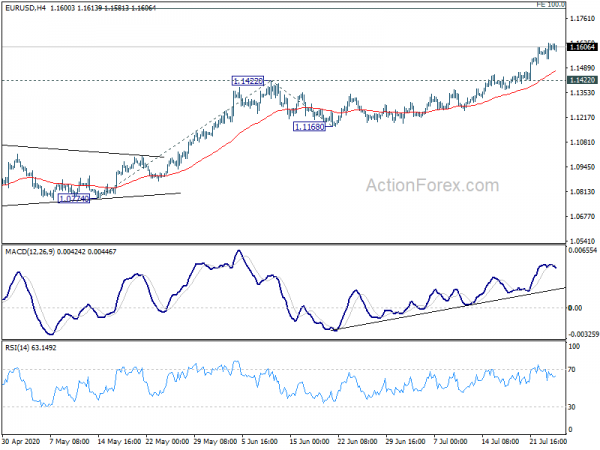 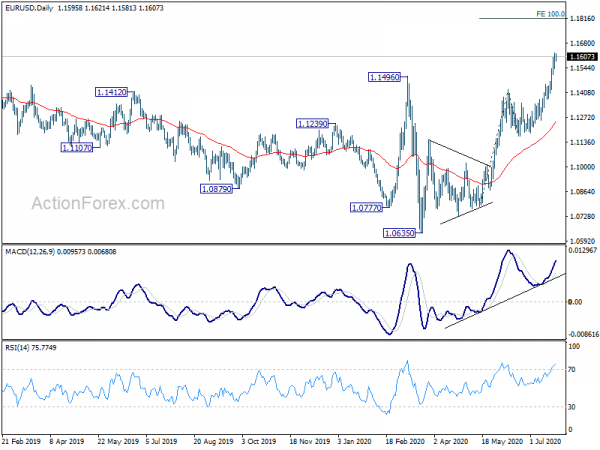