The forex markets open the week in quiet mode, which Asian stocks are mixed. Australian and New Zealand Dollars are mildly higher. Dollar, Yen and Canadian are softer. But major pairs and crosses are generally stuck inside Friday’s range. The economic calendar is rather light today. Traders could probably wait for the wave of PMI data to featured on Tuesday before taking a move. 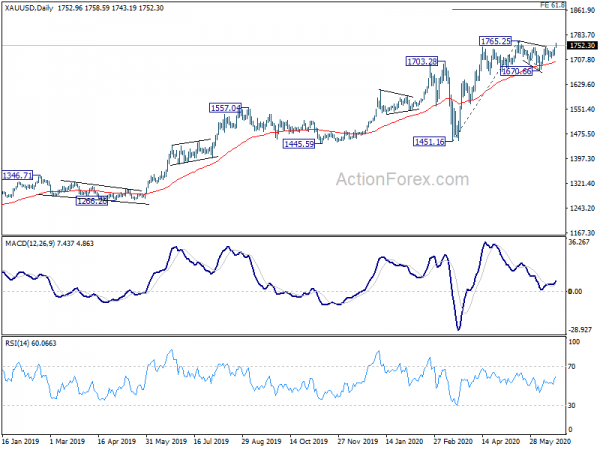 RBA Governor Philip Lowe said today that “it’s likely we’re going to see interest rates at their current level for years”. “We do face a world where there’ll be a shadow from the virus for quite a few years,” he added”. “People will be more risk-averse, they won’t want to borrow, in Australia we’re going to have lower population dynamics.”

Regarding the Australian Dollar, he’d “like a lower” one, with “lower unemployment and slightly higher inflation”.

Bundesbank Weidmann: Economic trough is behind, but followed only by a gradual recovery

Germany Bundesbank President Jens Weidmann said the country suffered the “deepest economic slump” in history in the last months. Nevertheless, “the good news is: the trough should be behind us by now, and things are looking up again,” he added. “But the deep slump is being followed only by a comparatively gradual recovery.”

He also hailed that the government was right to act quickly in supporting the economy with stimulus. The image of a frugal nation was wrongly portrayed. “She is not saving for the sake of saving, but so that there is money that can be spent sensibly and in case there are difficult times. And that is precisely the case here,” he noted.

Separately, the Robert Koch Institute (RKI) said the estimate 4-day R-value of coronavirus jumped to 2.88 on Sunday. That’s a sharp increase from 1.06 on Friday. It’s also back at the level since early March. The number means that out of 100 people who contracted the coronavirus, a further 288 other people will get infected. To keep the pandemic under control, the R-value needs to be kept below 1. The surge in R-value indicates the risk of a second wave in Germany.

PMI data from Australia, Japan, Eurozone, UK, and US will provide much insight into the momentum, and relative strength, of upcoming economic recovery. Sentiment indicators like Germany Ifo business climate will also be watched. Additionally, US will release durable goods orders, trade balance, personal income and spending as well ass PCE inflation.

RBNZ rate decision is the only central bank feature this week. It’s widely expected to keep OCR at 0.25%. The central bank should welcome the country’s success in containing coronavirus. The economy is also starting to improve as lockdown exit is in progress. Yet, RBNZ would remain cautious regarding the outlook and keep the door open for further easing. Though, it’s been clearly communicated that negative rate is an option only for next year, not for now.

Suggested reading – RBNZ Preview: Cautiously Optimistic about Recovery while Pledges to Do More if Needed 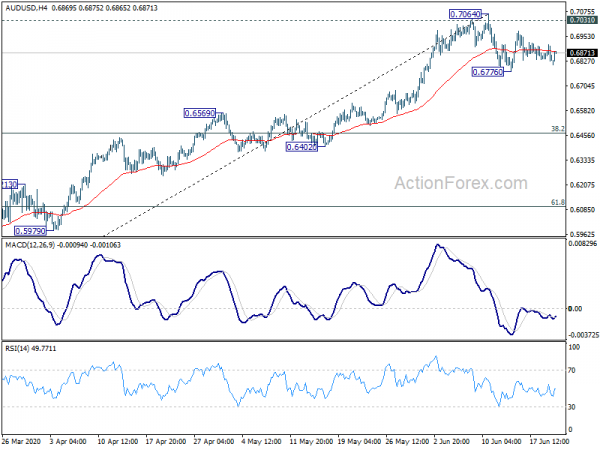 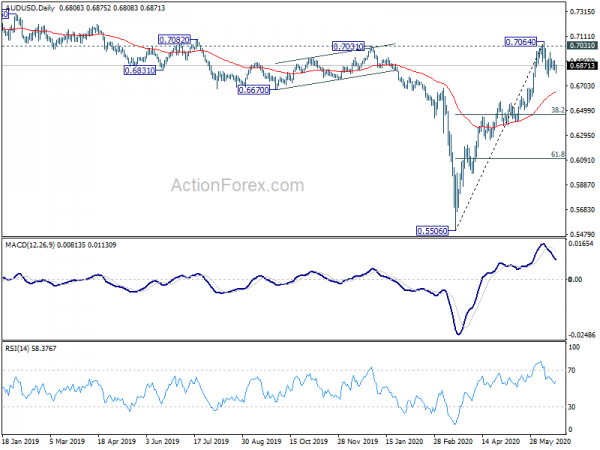