Dollar rebounds broadly today as investors turn cautious since European session. Fear of a second wave of coronavirus pandemic is cited by some as a reason for mild risk aversion. US-China tension is another factor named. For now, Swiss Franc is following as the second strongest, then Euro. On the other hand, New Zealand and Australian Dollar are the weakest one. In particular, Kiwi is soft ahead of RBNZ’s meeting, which could have a QE expansion announcement.

Technically, USD/JPY is a focus with today’s strong rebound. Break 107.49 resistance will argue that corrective fall from 111.71 has completed and bring stronger rise to 109.38 resistance. It’s early to determine, but it might be time for Aussie to reverse recent rally. Focus will be on 0.6372 support in AUD/USD, 67.62 support in AUD/JPY and, 1.7194 resistance in EUR/AUD.

Schnabel: ECB will continue to conduct PSPP and PEPP

In an interview published today, ECB Executive Board member Isabel Schnabel talked down German Constitutional Court ruling that the public sector purchase programme (PSPP) is partly unconstitutional. She noted that European Court of Just has “exclusive jurisdiction” over ECB and its actions. The PSPP was already ruled legal in 2018.

Hence, “e will continue to conduct the PSPP and the pandemic emergency purchase programme (PEPP), as well as our other monetary policy measures, in line with our mandate.” She also emphasized that “the primacy of EU law is key for the functioning of the European Union.

Turning to the economy, Schnabel said Eurozone is “indeed facing a very deep economic crisis, on top of a humanitarian crisis”. A “broad set of measures” was adopted by ECB including the new PEPP. “we stand ready to adjust the size and duration of the programme if needed”.

ECB Executive Board member Yves Mersch said, like more than 80% of global central banks, they’re working on central bank digital currencies (CBDCs). Policymakers have be ready to “embrace financial technological innovation which has the potential to transform payments and money faster, and in more disruptive ways, than ever before.”

The debate on CBDCs is “mainly analytical” for now. The timing of a policy debate will “largely depend on the preferences of households”. The lack of a concrete “business case” for a CBDC at present should and does not stop ECB from seriously exploring the optimal design of CBDC.

In the summary of opinions of BoJ’s April 27 meeting, it’s warned that a “rapid economic contraction not seen since the Great Depression in the 1930s may occur in the short run”. And, policy authorities “must act decisively to avoid a second Great Depression”. Close cooperation between fiscal and monetary policies is “essential at the time of a significant economic crisis”.

It’s also noted the assumptions that the pandemic will subside soon and “economic structure before and after that happens will not change”. However, due to “extremely high uncertainties”, it’s necessary for BoJ to factoring in the “such assumptions might not be realized”.

New Zealand ANZ business confidence recovery to -45.6, glimmer of light at the end of a very long tunnel

New Zealand ANZ Business Confidence rebounded from -66.6 to -45.6 in May’s preliminary reading. Own activity outlook rose from -55.1 to -42.0. Looking at some details, a net 45% of firms expect to cut jobs and a net 38% expect to reduce investment. A net 30% of firms expect lower capacity utilization.

ANZ said: “As New Zealand emerges from a highly successful lockdown there’s a glimmer of light, but it’s at the end of a very long tunnel. Reducing virus cases to negligible levels sharply reduces a huge downside risk for businesses, but it’s clear that very tough times nonetheless lie ahead. The economic damage wrought by the lockdown is only starting to emerge; Level 2 still isn’t ‘normal’ for many businesses; and the global situation remains dire.” 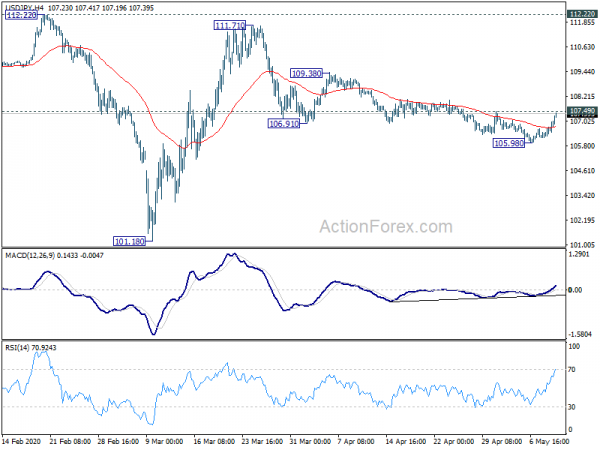 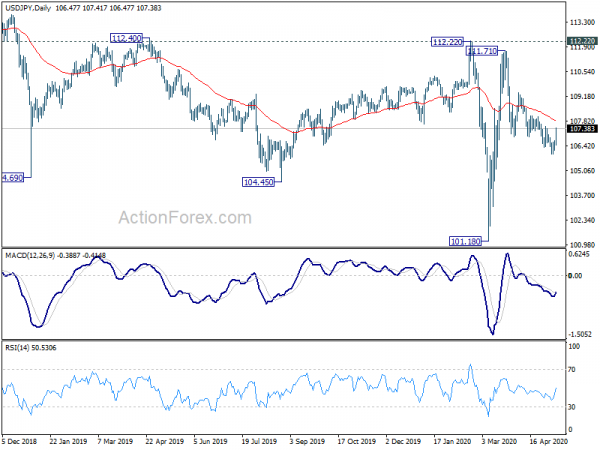