Dollar is trading a touch softer in early US session after poor durable goods orders. Euro, on the other hand, is trying to extend the EU stimulus triggered gains. Overall, movements in the forex markets today are relatively limited. Yen and the greenback remain the weakest for the week while commodity currencies are strongest. Directions in other markets are also relatively unclear with US stocks opening higher but DOW struggles to extend rally through 25750 handle.

According to second estimate, GDP contracted -5.0% annualized in Q1, worse than first estimate of-4.8% annualized. A downward revision to private inventory investment was partly offset by upward revisions to personal consumption expenditures (PCE) and nonresidential fixed investment. PCE price index was unrevised at 1.3% yoy. PCE core price index was revised down to 1.6% yoy, down from 1.8% yoy.

BoE Saunders: Safer to err on the side of easing somewhat too much

BoE policymaker Michael Saunders, a known dove, warned of the risks of a “vicious circle whereby the economy gets stuck in a self-feeding loop of weak activity, pessimistic expectations and low investment.”

“The searing experience of such a dramatic drop in incomes, jobs and profits is likely to have lasting behavioural effects, as after previous crises,” he said.

He maintained he dovish stance and urged,
“it is safer to err on the side of easing somewhat too much, and then if necessary tighten as capacity pressures eventually build, rather than ease too little and find the economy gets stuck in a low inflation rut.”

Ifo: Germany business think they will most likely return to normal in nine months

Ifo updated their German economic forecasts and now expects GDP to shrink by -6.6% this year. A strong rebound of 10.2% GDP growth is expected in 2021.  “This is based on our evaluation of the ifo survey conducted among companies in May. On average, participants consider it most likely that their own business situation will return to normal in nine months,” says Timo Wollmershaeuser, Head of Forecasts at ifo.

The forecast depends heavily on how quickly companies’ business situation returns to normal. In the best case, companies indicate that this might take an average of only five months. GDP could shrink only -3.9% this year and grow 7.4% next.

In the worst case, with an average normalization period of 16 months, economic output would shrink by -9.3% this year and grow by 9.5% next year. The recovery would then be drawn out well into 2022.

Also, the new forecast was prepared based on the assumption not that the coronavirus is defeated in the coming months, but that its spread can be contained and a second wave of infection avoided.

RBA Governor Philip Lowe said that the economy could be “better than the baseline” scenario as forecast earlier this month. RBA projected that GDP could contract by -6% this year with unemployment rise to 9%. “With the national health outcomes better than earlier feared, it is possible that the economic downturn will not be as severe as earlier thought. Much depends on how quickly confidence can be restored,” he added.

Lowe also noted that the monetary stimulus package was working as expected. If we had to do more we could purchase more government bonds. But as things stand at the moment, we don’t see the need to doing more,” he said. He also reiterated negative interest rates were “extraordinarily unlikely”.

Released from Australia, Private capital expenditure dropped -1.5% in Q1, better than expectation of -2.7%.

ANZ also noted, “it’s a long way back to normality” while “the recession is just starting to make itself felt”. The economy needs to “reshape to face to the new reality”, in particular, the loss of international tourists “completely for now, but likely still at a hugely significant scale for years”. “Fiscal and monetary policy are doing what they can to cushion the blow and sow the seeds of recovery, but it’s going to be a long haul.” 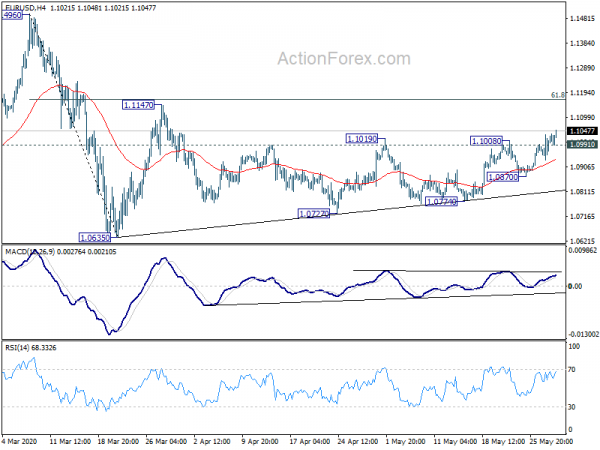 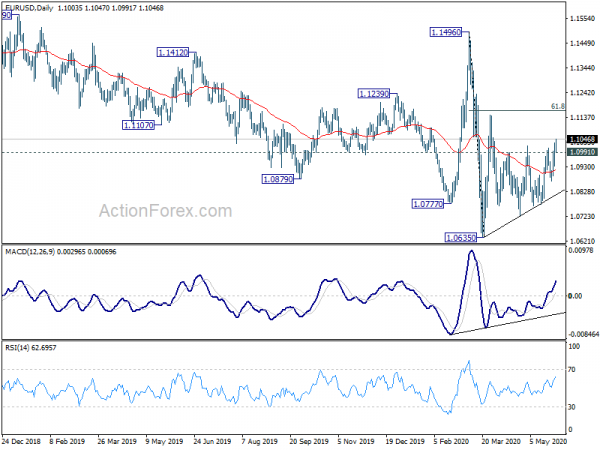