Bitcoin and Ethereum: the crypto market in retreat

Bitcoin and Ethereum: the crypto market in retreat

Bitcoin price succumbed to pressure at $17000, and a breakout below occurred. The price drop stopped at $16750, and in the previous few hours, the price remained at that level. For a bearish option, we need a passive consolidation and a break below this current support. In the future, we could expect a further decline until the next lower support.

And the potential lower target is the $16500 level. For a bullish option, we need a positive consolidation and a return to the $17000 level. Then we need to stay up there in order to try to continue with the recovery. With a new bullish impulse, we continue the growth of the price of bitcoin, and the potential higher targets are the $17250 and $17500 levels. 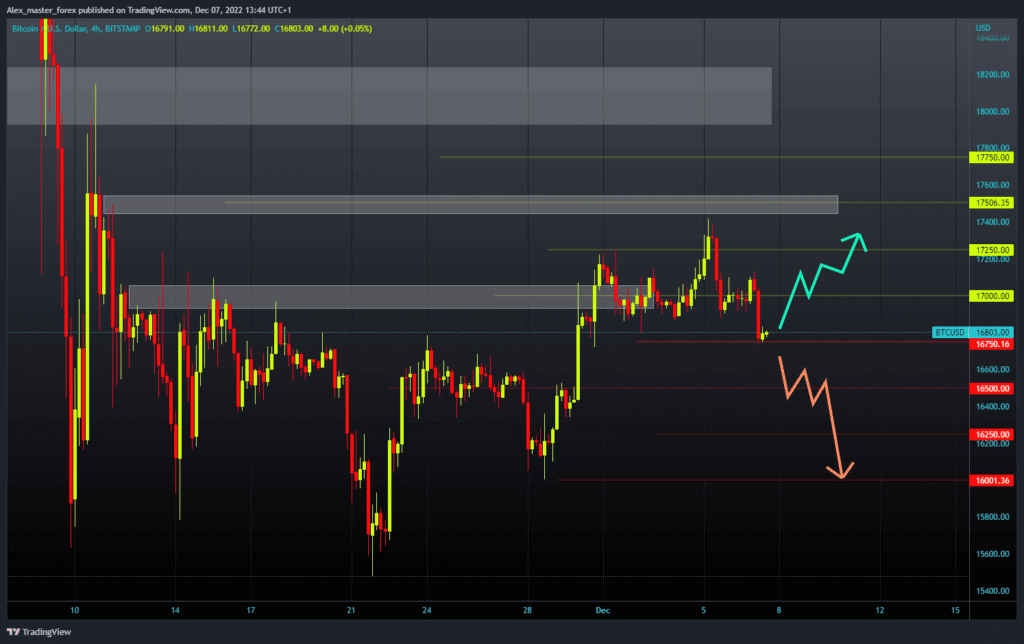 During the Asian trading session, the price of silver falls to a new December low at the $1225 level. After which, we see consolidation at that level. Pressure on the price of Ethereum has increased, which could lead to a continuation of the current bearish trend. In the previous week, we tried three times to move above $1300, but it was unsuccessful.

For a bearish option, we need a continuation of the negative consolidation and a drop below today’s support at the $1225 level. The price would retest the $1200 support level. If the pressure on Ethereum continued, we would see a continuation of the bearish trend. Potential lower targets are $1175 and $1150 levels. 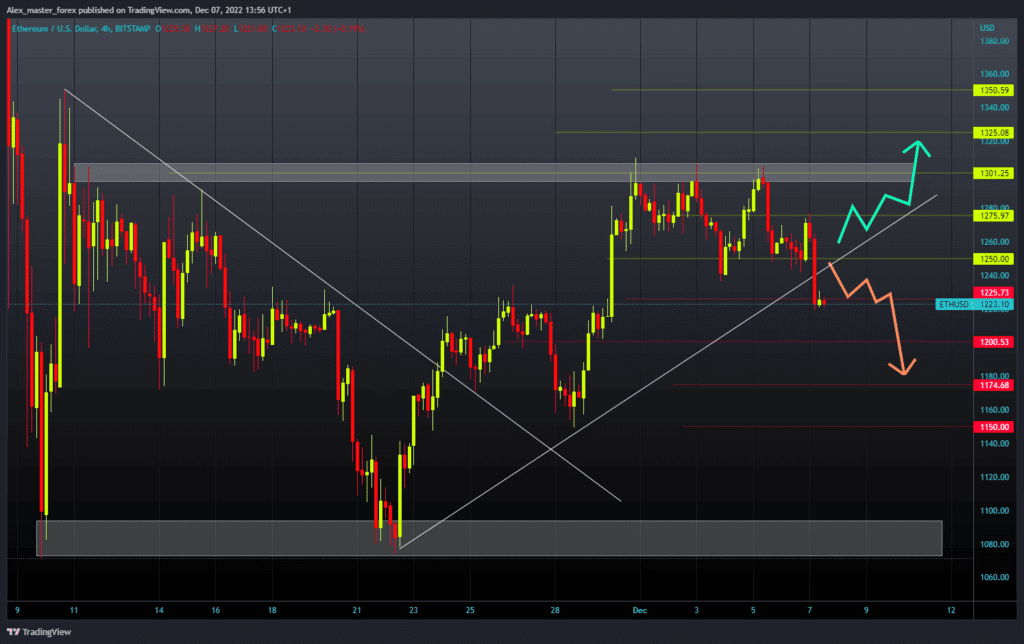 The post Bitcoin and Ethereum: the crypto market in retreat appeared first on FinanceBrokerage.