Technically, a main focus this week is whether concerns over second wave of coronavirus pandemic would solidify risk reversals. If that happens, which on of Dollar, Yen and Swiss Franc would outperform. USD/CHF’s correction from 0.9901 could have completed at 0.9376 with Friday’s rebound. Sustained trading above 4 hour 55 EMA (now at 0.9533) would solidify this case and turn near term outlook bullish. USD/JPY’s recovery on Friday was relatively weaker. Further fall remains mildly in favor and break of 106.57 temporary low will extend the corrective pattern fro1 117.71 for 105.98 support and below.

Outlook of China’s economy is clouded by the resurgence of coronavirus risk in its capital city. Beijing reported a cluster of new coronavirus cases linked to its biggest wholesale food markets overnight weekend, which is now shutdown. Authorities in Beijing locked down 11 residential communities near the Xinfadi market. Additionally, the China Southern Airlines was required to suspend flights between Dhaka, Bangladesh, and the southern city of Guangzhou for four weeks. 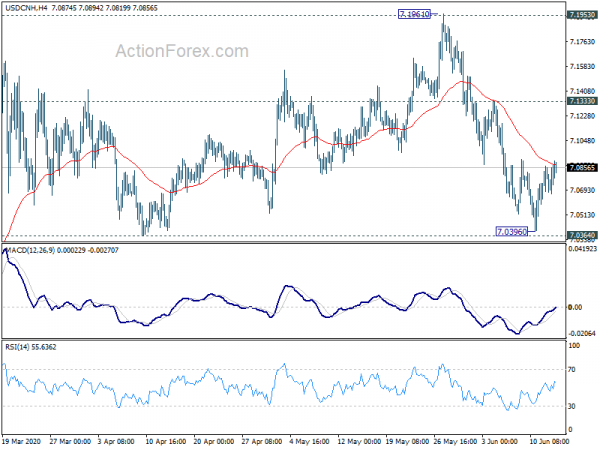 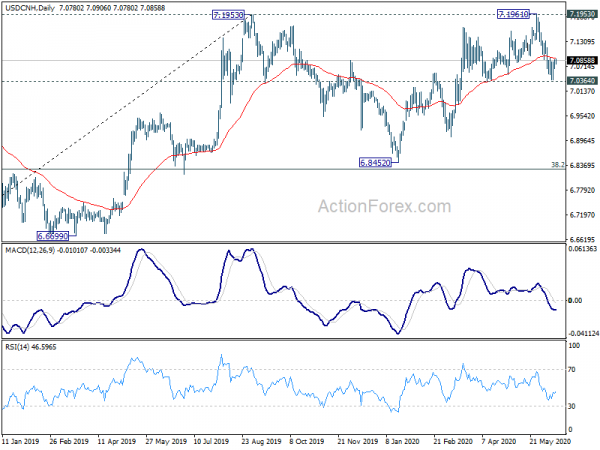 Kaplan also urged that it’s “critical” for people to “widely” wear masks, with good coronavirus testing and contract tracing implemented in the society. “The extent we do that well will determine how quickly we recover. We’ll grow faster if we do those things well,” he said. “And right now, it’s relatively uneven.”

A “high-level” meeting on Brexit is scheduled for today, involving top officials from UK and EU. But expectations are relatively low regarding the meeting. It’s reported that UK Prime Minister Boris Johnson would push for a post Brexit agreement by Autumn at the latest. He would demand a high quality FTA that is consistent with what EU have agreed with others. Meanwhile, he would also insist on not seeking an extension to the transition period, and leave the EU on December 31.

Last Friday, the UK government laid out a three-phased plan for Brexit border checks. Full border controls on goods entering the UK will not be implemented until July 2021.  Duchy of Lancaster, Michael Gove also noted that “”We have informed the EU today that we will not extend the transition period. The moment for extension has now passed.”

Three central banks will meet this week. BoJ is not expected to take any fresh stimulus action for now. But there might be some adjustment in the outlook and the statement, as well as some lending programs. SNB is also expected to stand pat for now, and reiterate the need for negative interest rate and currency intervention.

BoE is the bigger focus this week. While officials have basically ruled out negative rates for the near term, given the sharp -20.4% mom GDP contraction recorded in April, there is a need to boost stimulus. BoE could opt for expanding the asset purchase program by another GBP 100B.

Fed Chair Jerome Powell will testify before Congress but he’s not expected to deliver anything different from the post FOMC press conference last week. He is expected to reiterate that interest rate will stay near zero for a prolonged period, and negative rate is not suitable for the US. Though, he may share more of his views regarding yield curve control.

The economic data schedule is rather busy this week too. Here are some highlights: 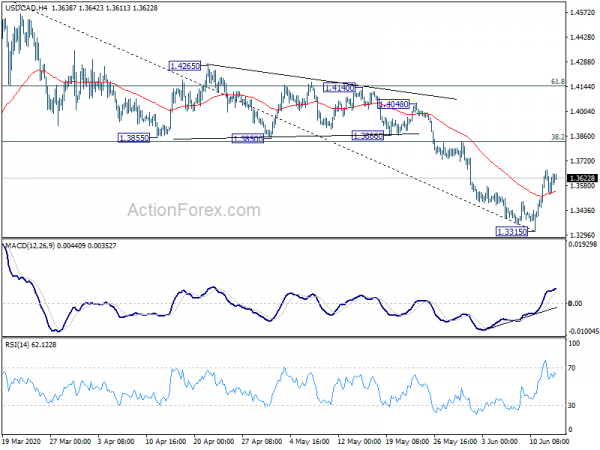 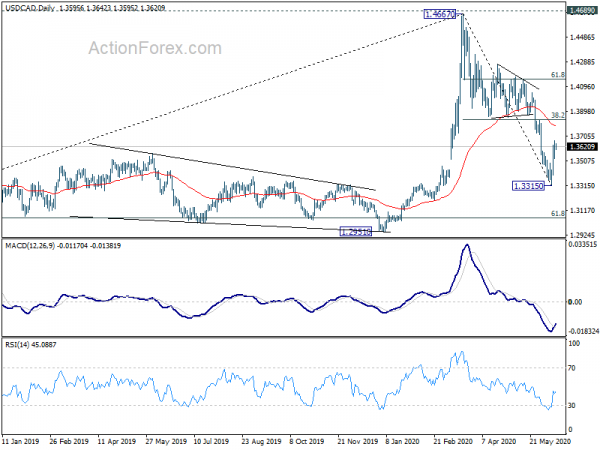