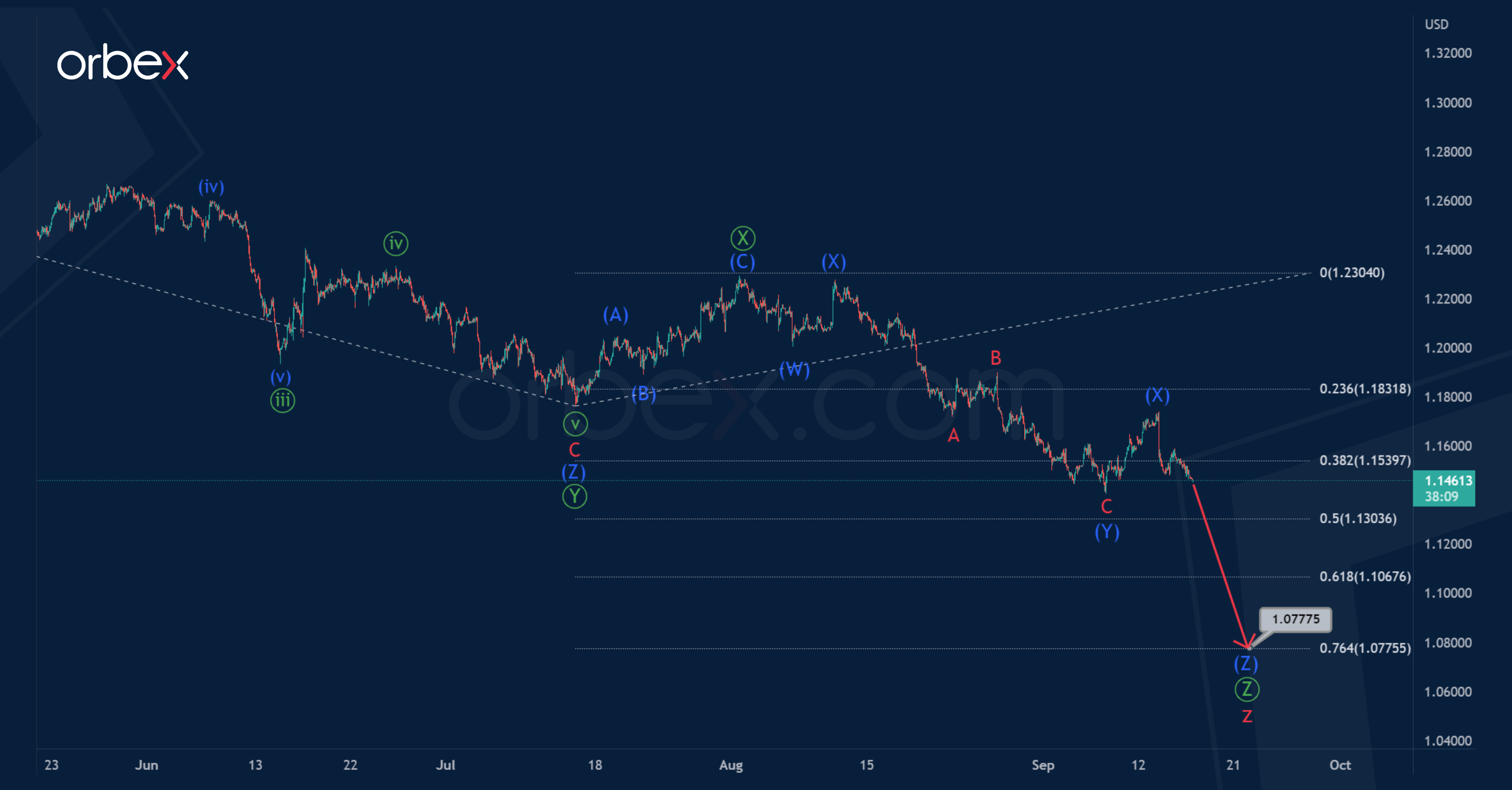 The internal structure of the GBPUSD currency pair suggests the formation of a global triple zigzag w-x-y-x-z. On the 1H timeframe, we see the final actionary wave z of the cycle degree.

The wave z takes the form of a primary triple zigzag Ⓦ-Ⓧ-Ⓨ-Ⓧ-Ⓩ. At the beginning of August, the bullish price movement within the primary intervening wave Ⓧ ended. This took the form of an intermediate zigzag (A)-(B)-(C).

It is likely that in the near future the bearish trend will continue to develop in the primary wave Ⓩ. This could complete its intermediate triple zigzag pattern (W)-(X)-(Y)-(X)-(Z) near 1.077.

At that level, wave Ⓩ will be at the 76.4% Fibonacci extension of previous actionary wave Ⓨ. 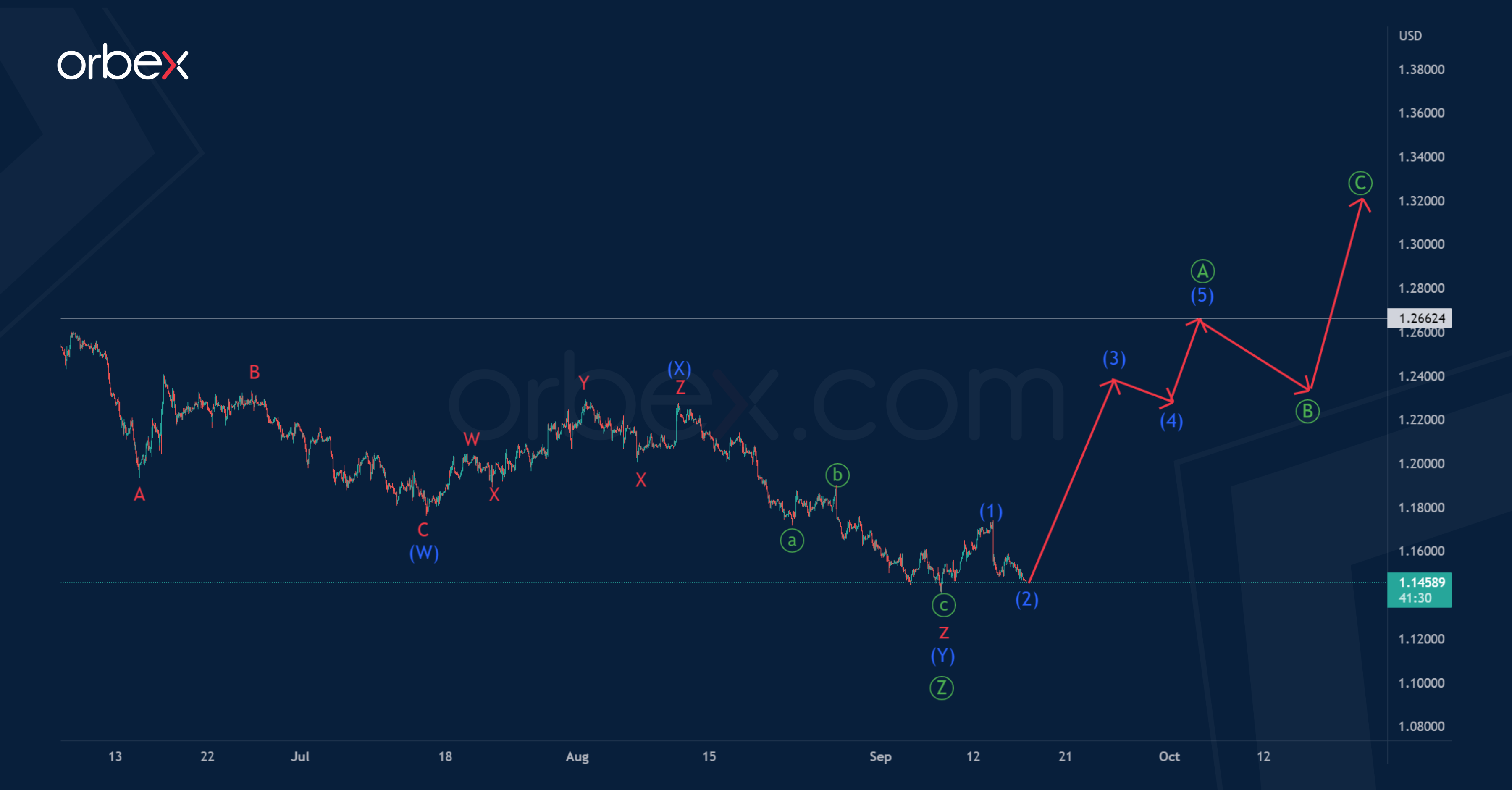 However, the cycle wave z could be fully completed. As in the main version, it has the form of a primary triple zigzag.

In the next coming trading weeks, construction of the first impulse wave of a potential zigzag of the primary degree is likely.

The price could rise to the previous high of 1.266, and then even higher.

Test your strategy on how the GBP will fare! Open your Orbex Account and start trading now.

WTI sinks to new eight-month-lows, below $80 per barrel

GBP/USD Agenda Dominated by the U.S.