The Week Ahead – Dead cat bounce 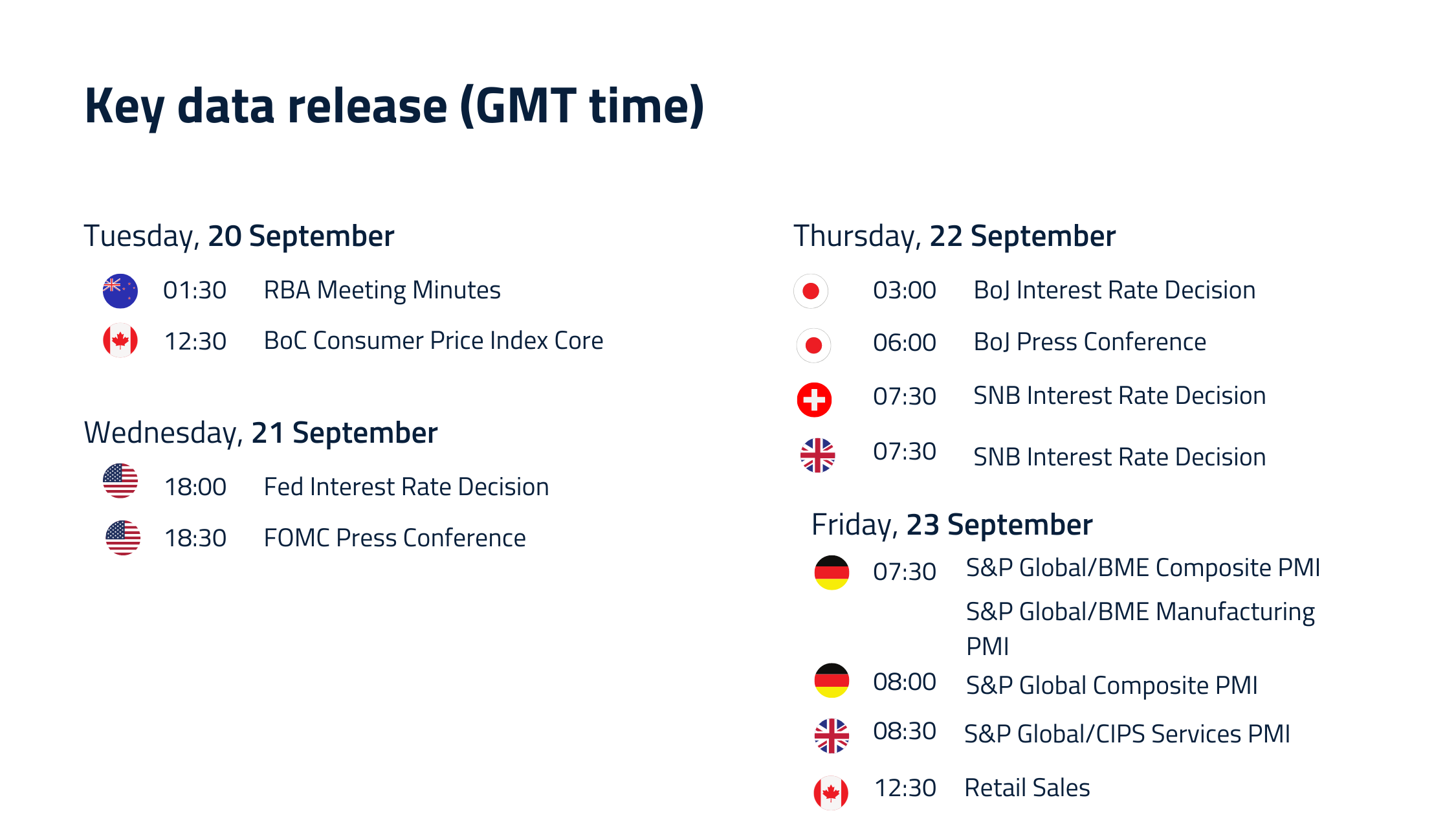 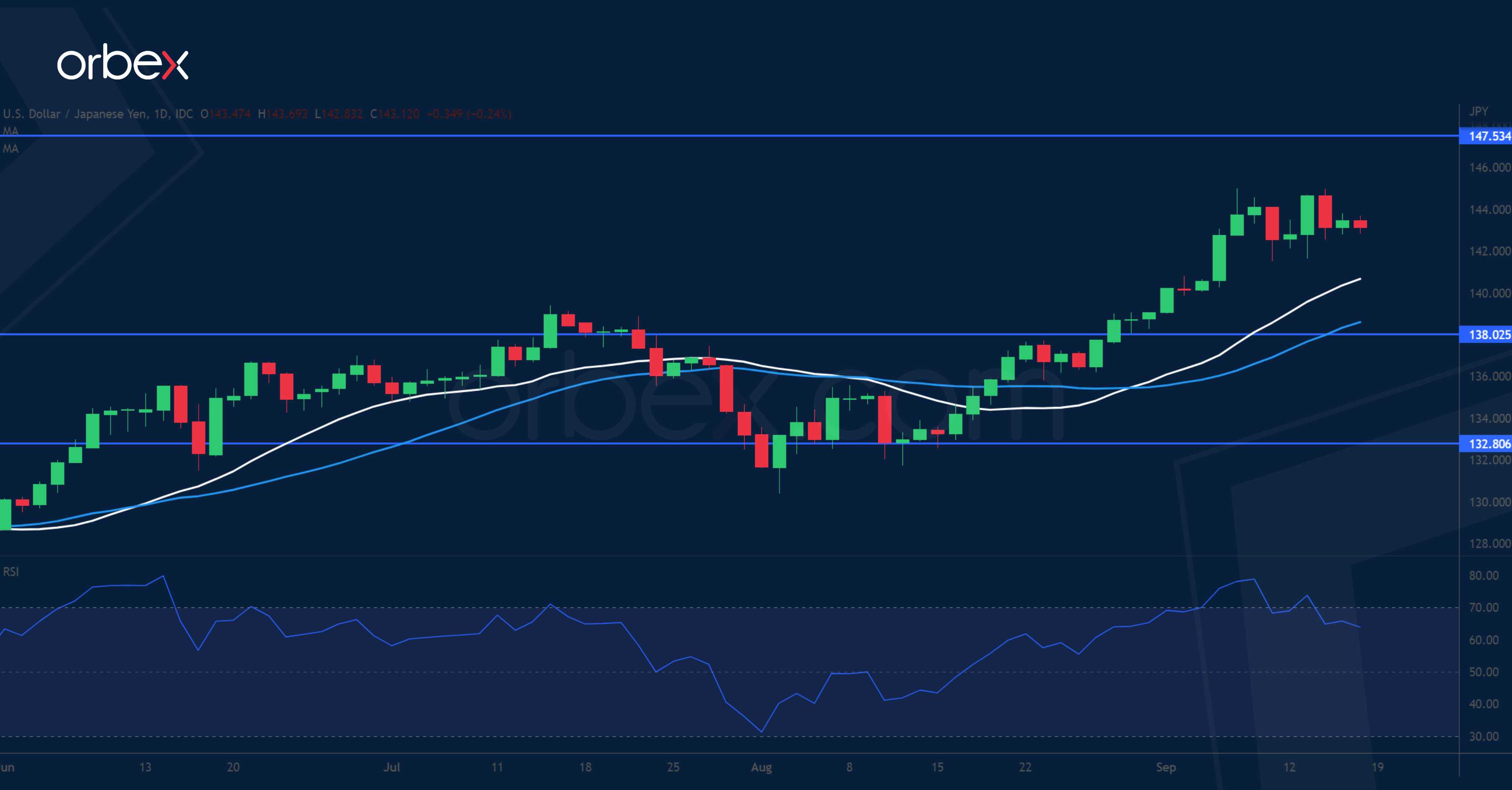 The Japanese yen steadies as the government signals a market intervention. A rapid rise in interest rates across the globe has cut investors’ appetite for Japanese assets. Japanese officials have expressed their concerns over the currency’s steep decline lately. The Finance Minister remarked that options are open to stop the yen’s bleeding as imported inflation may dampen consumer and business sentiment. A recent rate check with dealers by the BoJ shows that policymakers are closely watching the market, fueling speculations of a potential intervention. The pair is closing in on the 24-year high at 147.50. 138.00 is a fresh support. 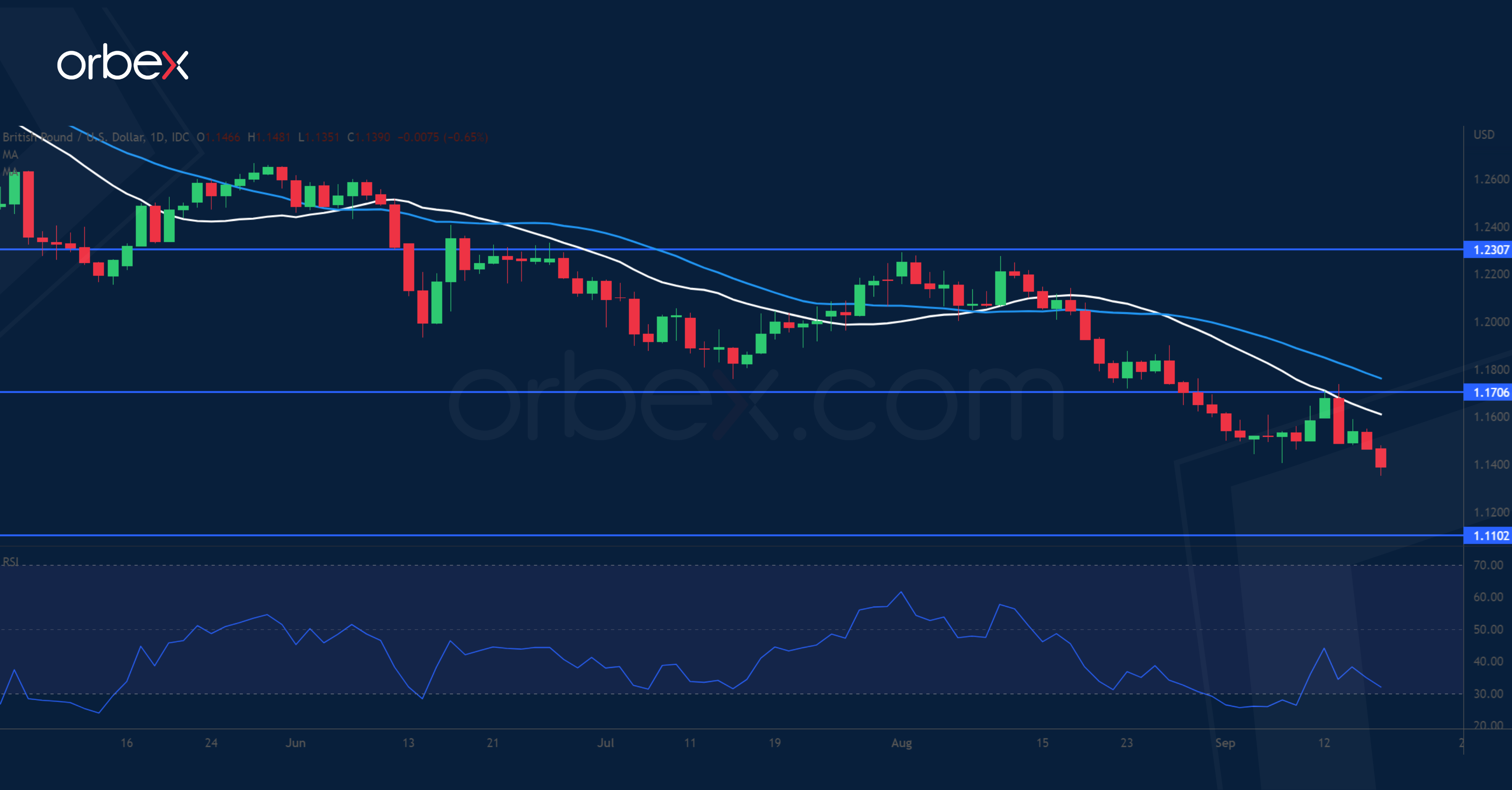 The pound weakens over the rising cost of debt. Markets are expecting the Bank of England to raise its interest rate by at least 50bps. The latest data showed consumer prices slowed down for the first time in a year. This may lead the central bank to double down on tightening to stifle inflation. However, even if the BoE joins the 75 basis point club, the currency may find little relief as the fear of stagflation gains ground. Debt burdens from the UK government’s energy support package could weigh on investors’ demand for Sterling-denominated assets. The pair has been capped by 1.1700 and is heading towards 1.1100.

XAUUSD struggles over robust US dollar 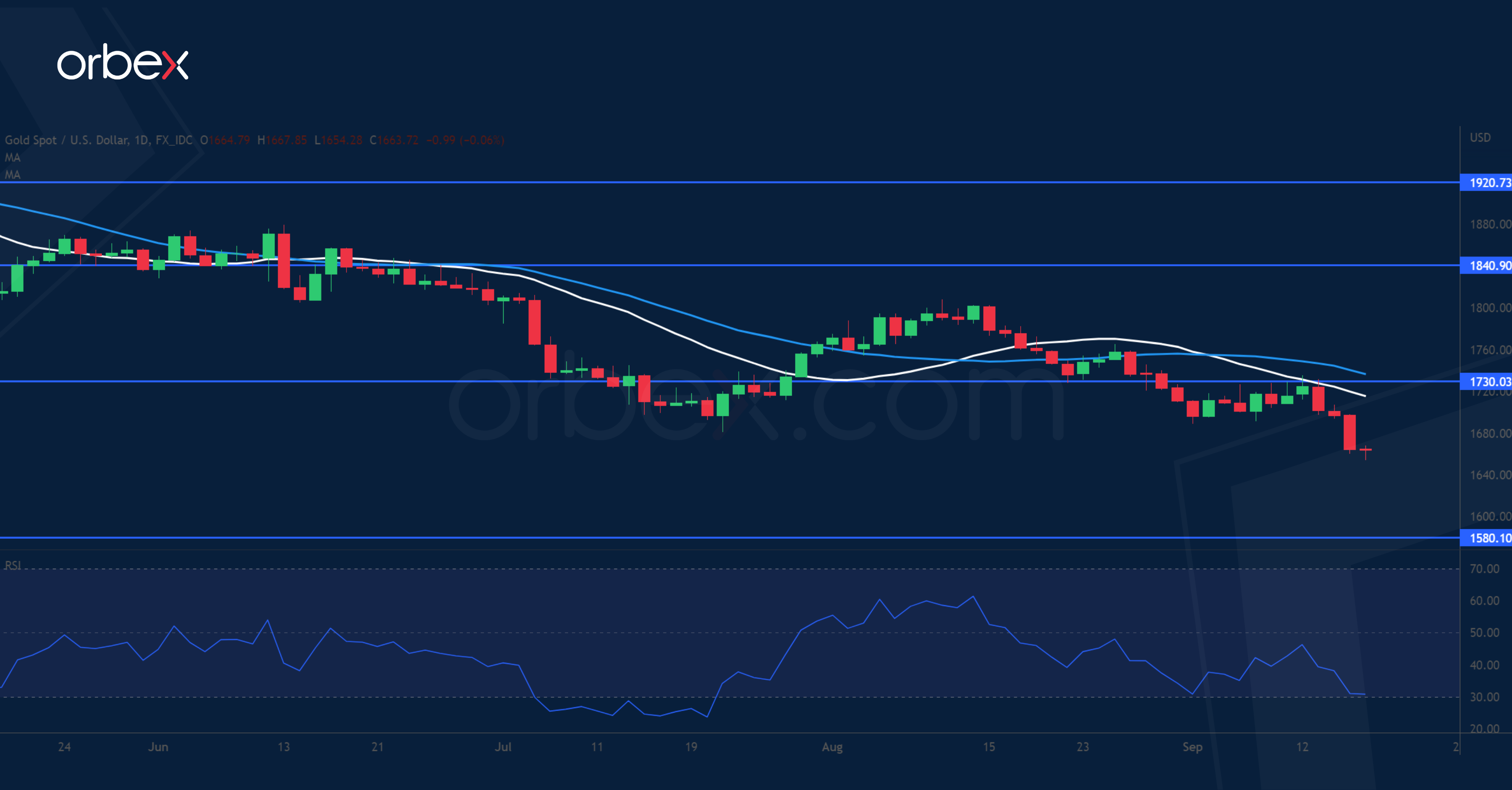 Gold loses its shine as it feels the weight of a firm US dollar. Following hotter-than-expected US inflation traders may reckon that the Federal Reserve would carry on with its shock therapy to bring prices under control. Talks of a 100-basis-point have made their way back among market participants, sending the dollar index back to its two-decade peak. Amid a fast-paced rise in Treasury yields, the appeal of the non-yielding metal would continue to diminish. A hawkish FOMC this week would confirm the recent rally as a dead cat bounce. Bullion has entered bearish territory below 1680. 1580 is next with 1730 as the first resistance.

US 500 slips over economic headwinds 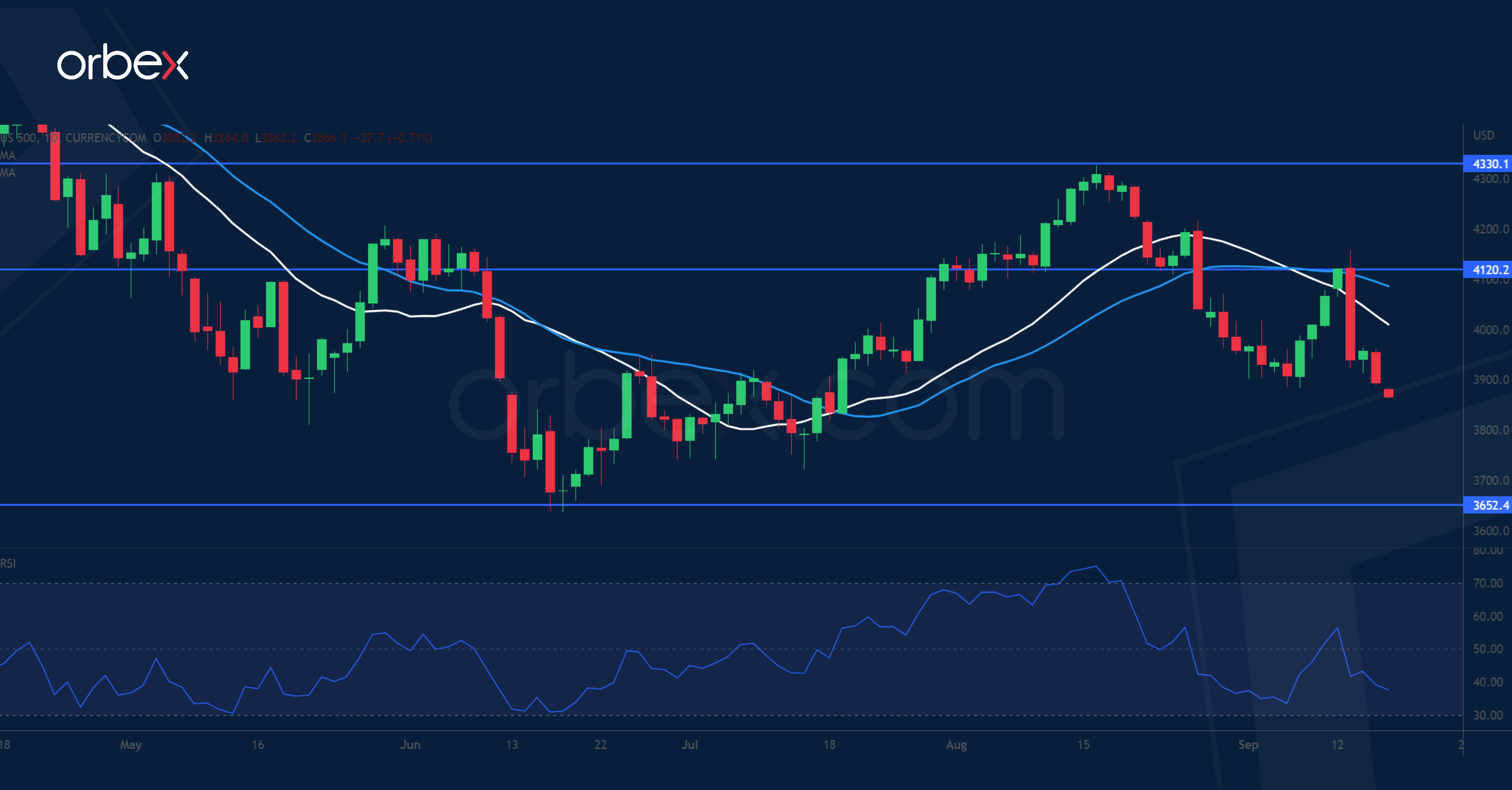 The S&P 500 reverses its course as investors brace for a super-sized US rate hike. The market must have realised that recent inflation and retail data gave the Fed no reason to hit the brakes on the tightening. There is little good news to soothe the jittery mood either. Warnings about a global slowdown from both the World Bank and the International Monetary Fund may continue to push investors away from risk assets. Meanwhile, contraction in China’s property sector, which accounts for a quarter of the country’s GDP, fans fears of a protracted downturn. The index is drifting to June’s low at 3650 and 4120 is a fresh resistance.

Trading the news requires access to extensive market research – and that’s what we do best. Open your Orbex account now.

Bitcoin and Ethereum: No More Pop-ups