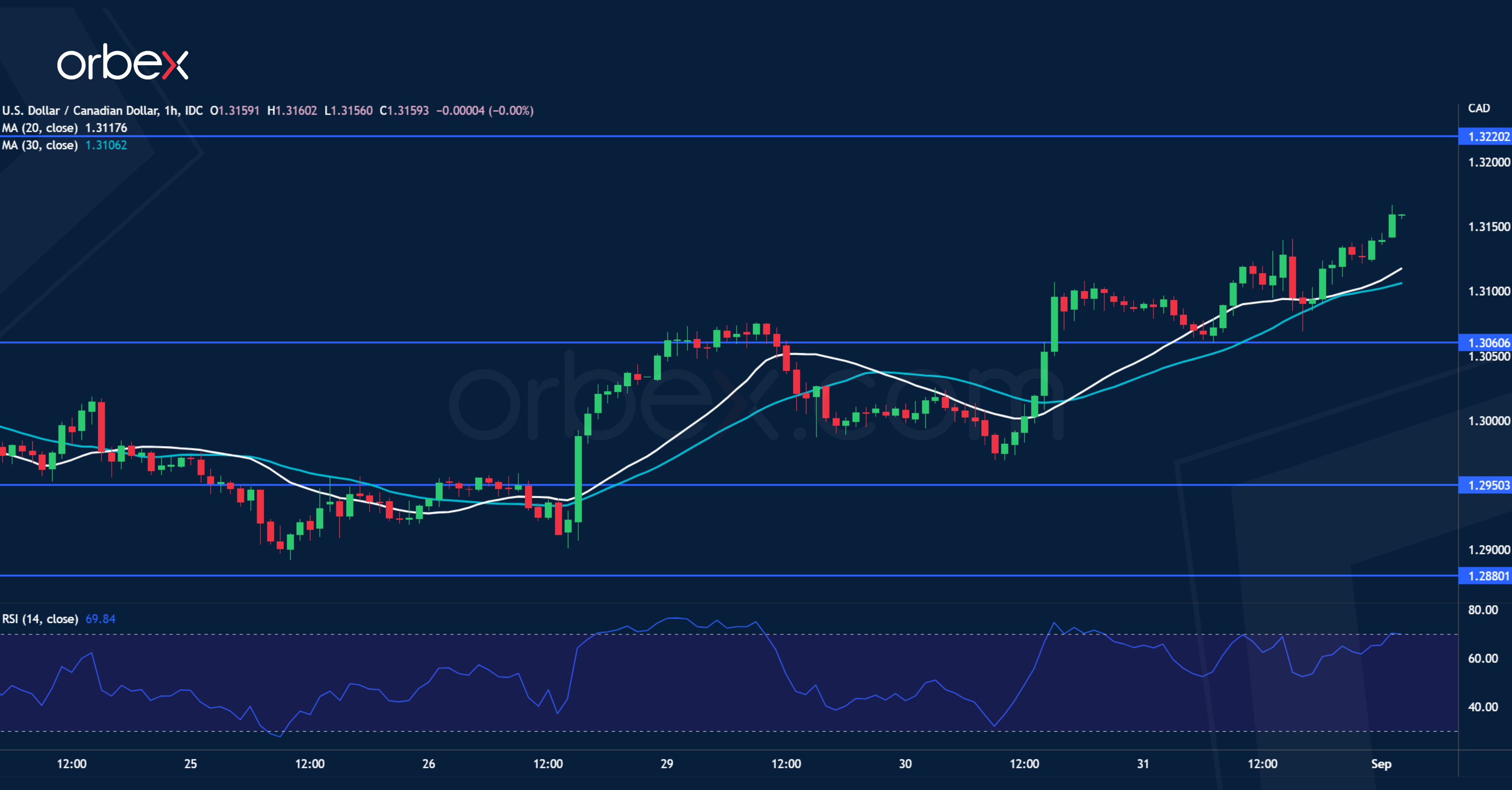 The Canadian dollar softens after the Q2 GDP fell short of expectations. A rally above 1.3060 prompted sellers to cover their bets, opening the path for an extended recovery. A series of higher lows indicates solid interest in pushing the greenback back to July’s peak at 1.3220, where a bullish breakout could resume the uptrend in the weeks to come. The RSI’s overbought condition may cap the range on the upside for the time being. The resistance-turned-support at 1.3060 is the first level to probe bids. 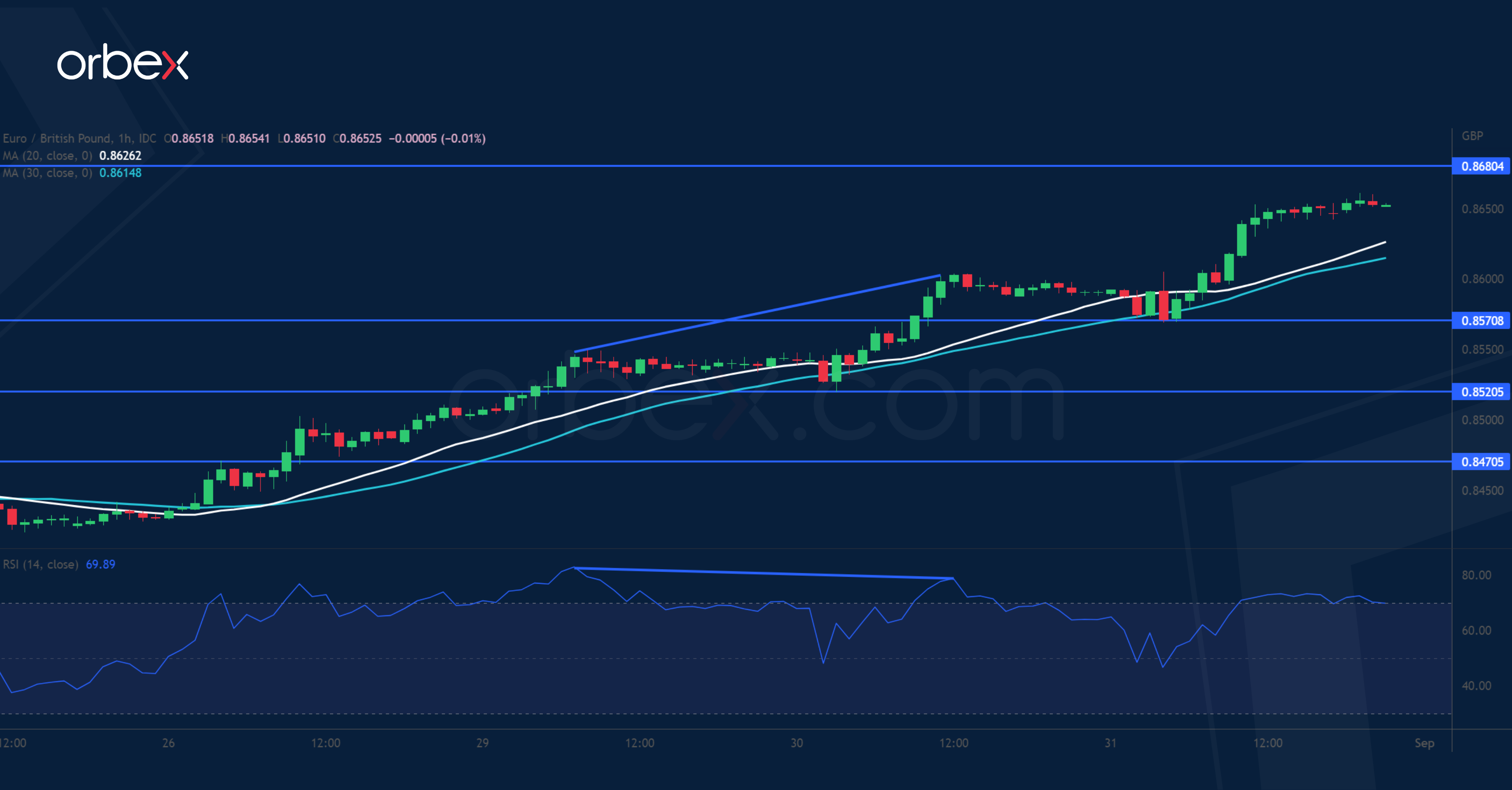 The euro rallies ahead of an aggressive hike by the ECB. A surge above the daily resistance at 0.8580 may have turned sentiment around after a two-month long correction. 0.8680 at the start of the July sell-off is a major supply area. A bullish breakout may lift offers to the daily resistance at 0.8720. As a bearish RSI divergence shows a loss of momentum in the rally, the pair could be subject to profit-taking and renewed selling pressures. 0.8570 at the base of the latest breakout is the first support in case of a pullback. 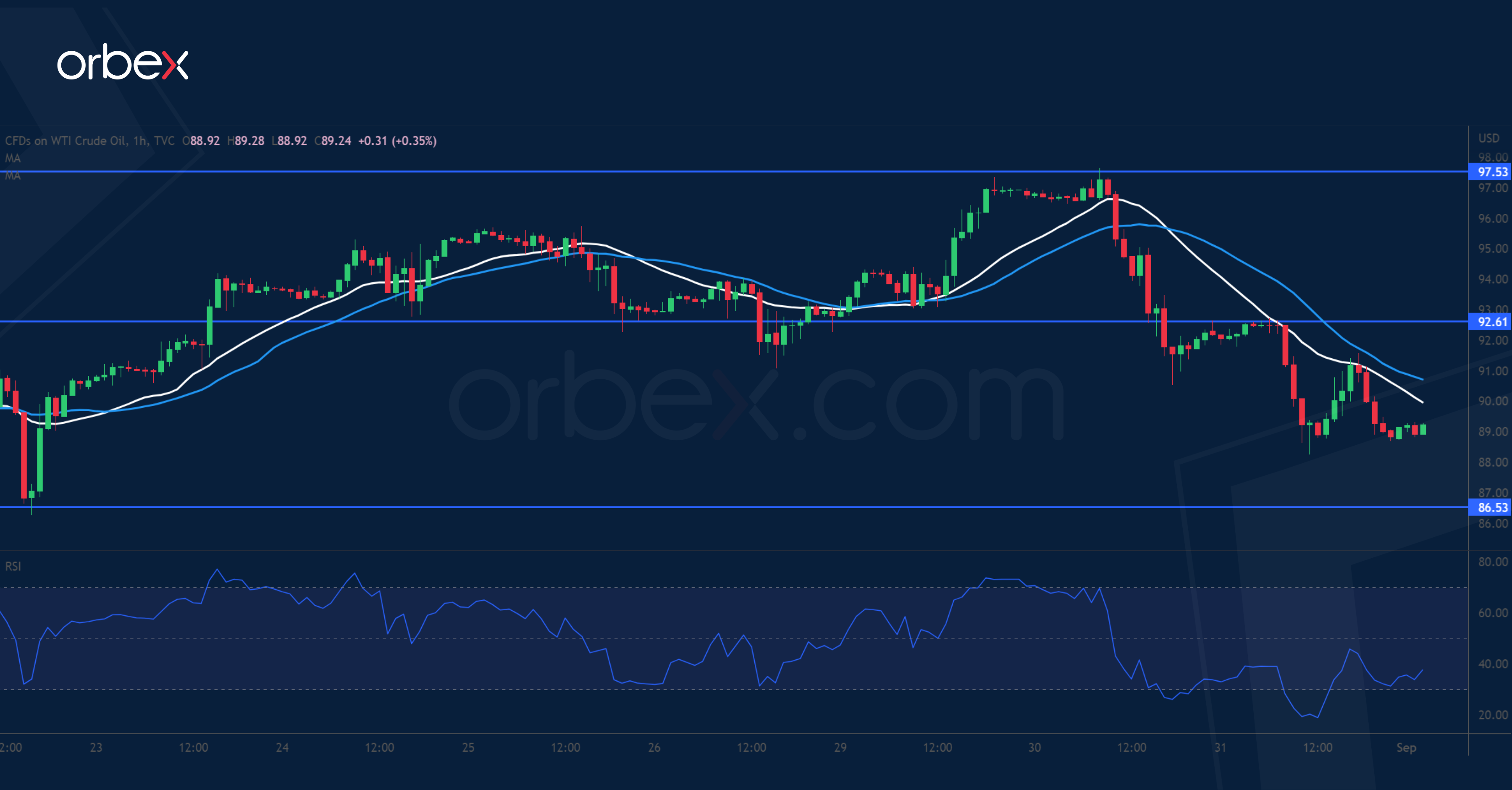 WTI crude found support from a larger-than-expected drop in US stockpile. The price met selling pressure in the supply zone around 97.50 and a fall below 93.50 forced short-term buyers to bail out, driving up volatility in the process. 86.50 is a critical floor and its breach would invalidate the recent rebound, leaving the commodity vulnerable to a new round of sell-off. An oversold RSI may lead to some profit-taking, but a rebound could be short-lived as the mood remains cautious. 92.60 is a fresh resistance should that happen.

How do you feel the CAD will fare in the coming weeks? Open your Orbex account and trade now!