The current USDCAD timeframe shows the internal structure of the long-term correction wave (4) of the intermediate degree. This is part of the global downward impulse Ⓒ of the primary degree.

It is likely that the correction wave (4) is a sideways wave consisting of minor waves W-X-Y-X-Z. Recently, the second intervening wave X ended, and now the price is rising in the final wave Z which takes the form of a minute double zigzag.

Then, after reaching the specified price level, we could see a market reversal and the beginning of a decline in bearish impulse (5). 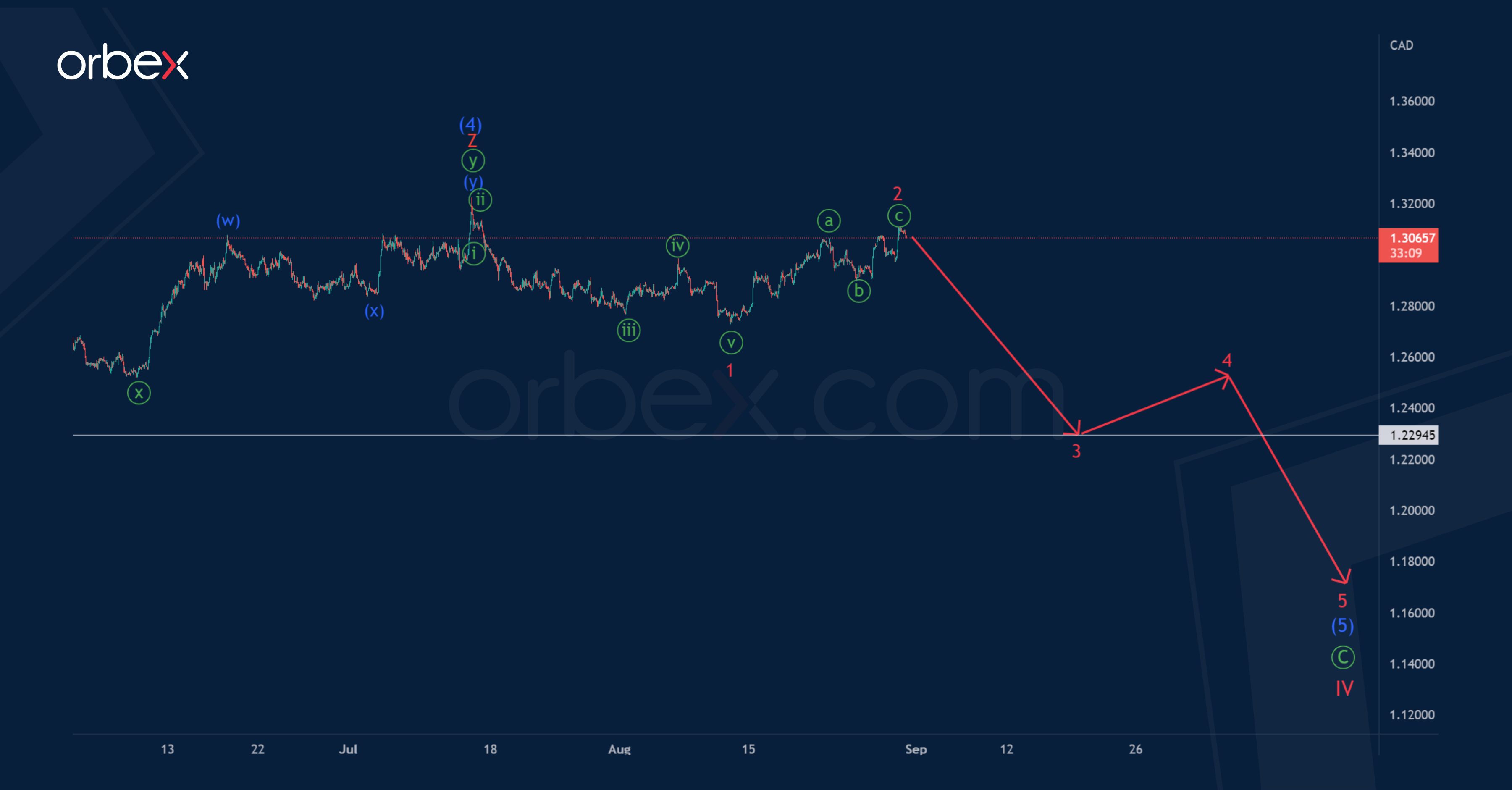 According to the alternative, the formation of the intermediate correction wave (4) could be fully completed. Therefore, the first sub-waves of the descending intermediate impulse (5) are formed.

It is possible that impulse 1 and bullish correction 2 have ended. Now we see a decline in the minor wave 3.

The next target is 1.229 which is the previous minimum. Upon reaching this level, a small corrective rise is likely within the bullish correction 4.

Avalanche (AVAX): The Most Popular Cryptocurrency?

What’s up with Saudi Crude Oil?