USD/CAD has started out the week on the wrong foot exposing territories in a prior resistance area that would be expected to offer some support for the days ahead. The following illustrates the meanwhile bearish bias. 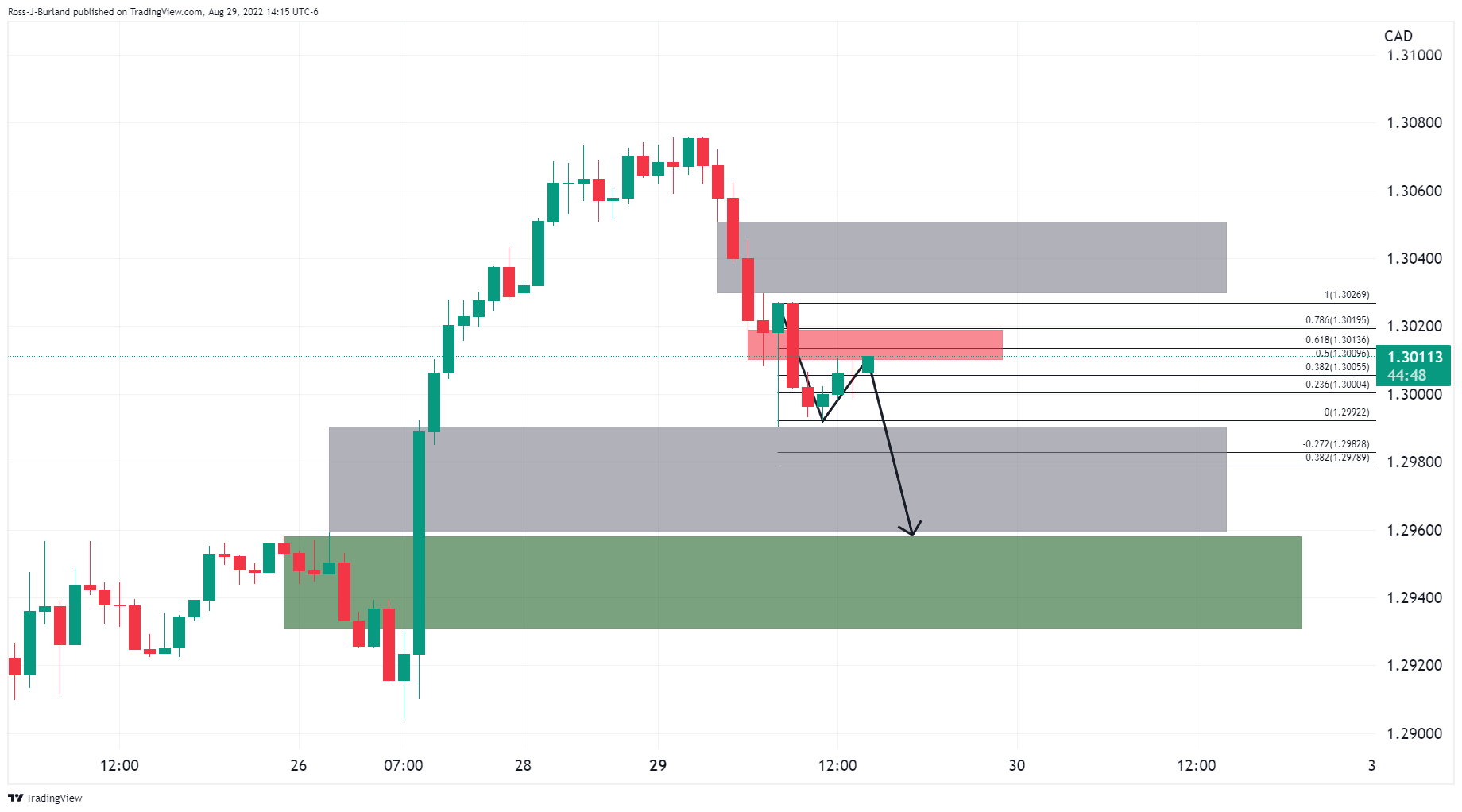 USD/CAD is meeting a near 61.8% Fibonacci retracement of the hourly bearish impulse near 1.3100 the figure with prospects of a downside continuation in the near future that would mitigate the space between the prior highs and current lows.