Federal Reserve Chairman Jerome Powell’s speech at the Jackson Hole created some volatility, but nothing out of the daily ranges as he did not say something significantly different to what Fed speakers have already been talking about. He was just as hawkish as any other speaker which leaves the status quo in place.

The euro was shaken up initially on the knee-jerk but has not been bent out of shape technically on the 4-hour charts. EUR/USD remains above a key support area of 1.0000. The following illustrates the upside bias so long as this support remains intact for days ahead with a focus on 1.0120 on a breach of 1.0080.

The bullish harmonic pattern leaves an upside bias on the charts so long as D holds around 0.9900. For the near term, for positive conviction, bulls will be more encouraged should the area between 1.0000/0.9980 hold, as per the W-formation’s support zone. The neckline of the pattern is a 50% mean reversion of the range between points C-D. 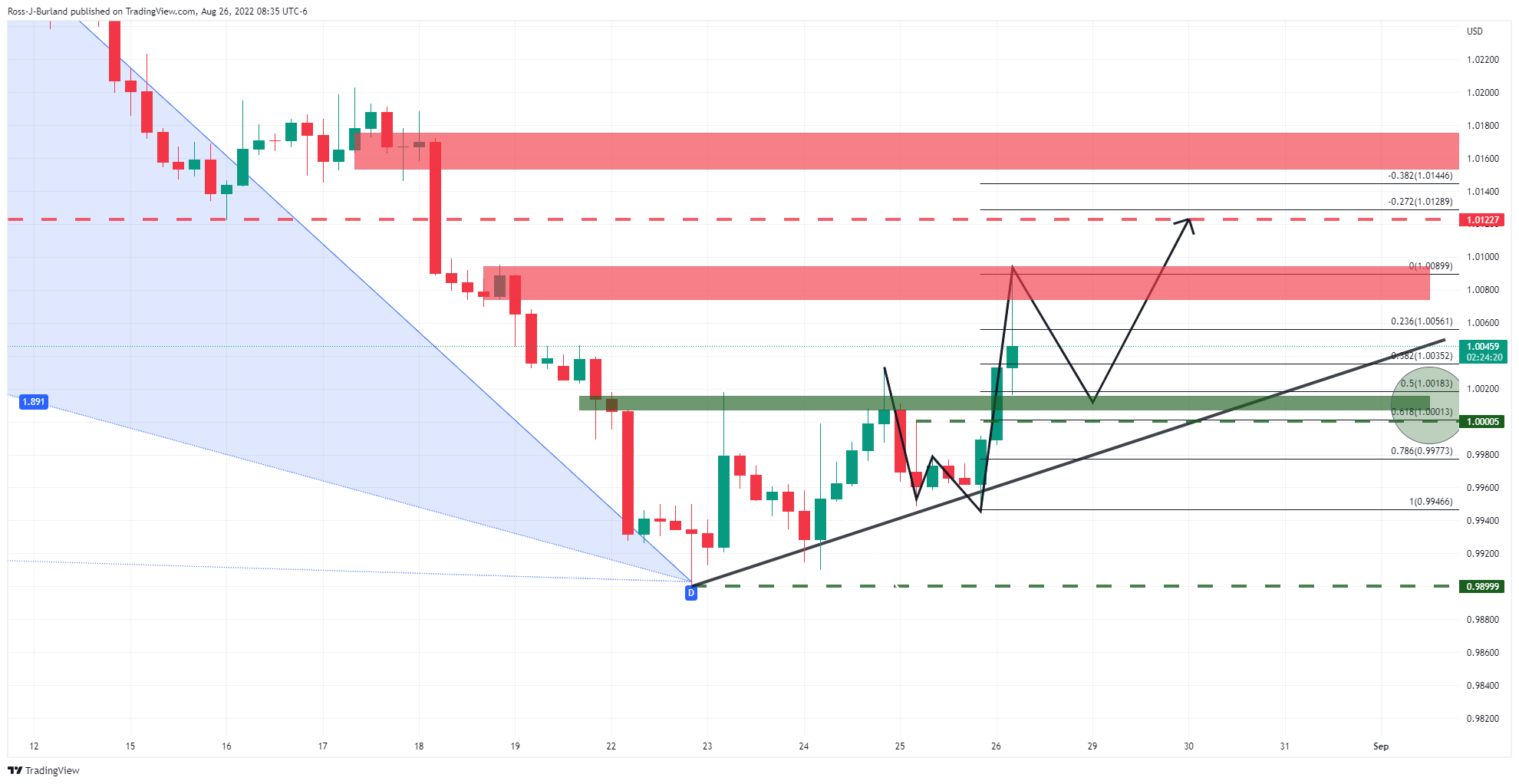 Zooming down, we can see there is resistance between the highs of the day and 1.0080. This is a high volume area that guards the target and 1.0145 higher up.

USD/CAD jumps to 1.3000 after Powell as Wall Street tumbles