Subdued around 0.9635, despite forming a bearish-harami candle pattern

The USD/CHF drops into negative territory after refreshing five-week highs around 0.9650s, courtesy of broad US dollar weakness across the board, amidst an upbeat market mood. After hitting a daily high at 0.9626, the USD/CHF dived below the 50-day EMA at 0.9612, the day’s lows, before jumping to current price levels. At the time of writing, the USD/CHF trades at 0.9645, below its opening price.

A bearish-harami candle chart pattern emerged in the USD/CHF daily chart. Even though the pattern has bearish implications, oscillators and moving averages (MAs) portray the opposite. Albeit the RSI has a downslope, it remains in positive territory. Meanwhile, all the daily Exponential Moving Averages are below the USD/CHF spot price, suggesting that buyers are in charge.

In the near term, the USD/CHF one-hour chart depicts the pair as range-bound within the 0.9603-0.9692 area for the last three days. Further confirmation of the previously mentioned is that the 20, 50, and 100 exponential moving averages (EMAs), are located within the 0.9632-46 area. Also, the Relative Strength Index (RSI) at 52 is almost flat. 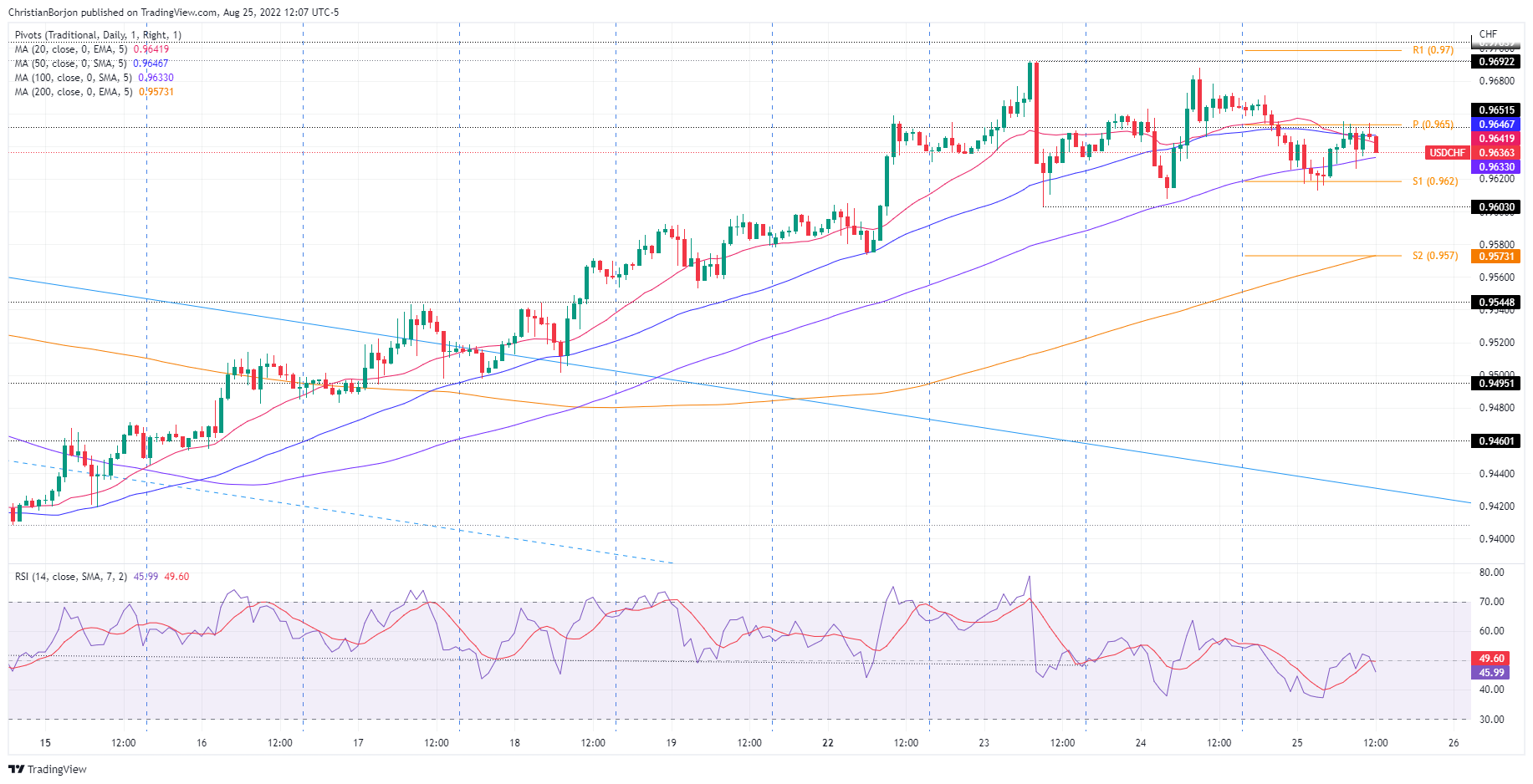 GBP/USD subdued around the figure at 1.1800 posts mixed US data, awaiting Powell’s speech

Eight Days Of Stability Is Over