The current USDCHF structure on the 1-hour timeframe shows the final part of a large triple zigzag consisting of cycle sub-waves w-x-y-x-z.

The intervening wave x, which is a double zigzag Ⓦ-Ⓧ-Ⓨ, has recently come to an end.

The next wave z will likely be a standard zigzag Ⓐ-Ⓑ-Ⓒ of the primary degree.

In the next coming trading days, the development of sub-waves Ⓐ-Ⓑ-Ⓒ, as shown on the chart, near 1.023 is likely.

At that level, cycle wave z will be at 76.4% of previous actionary wave y. 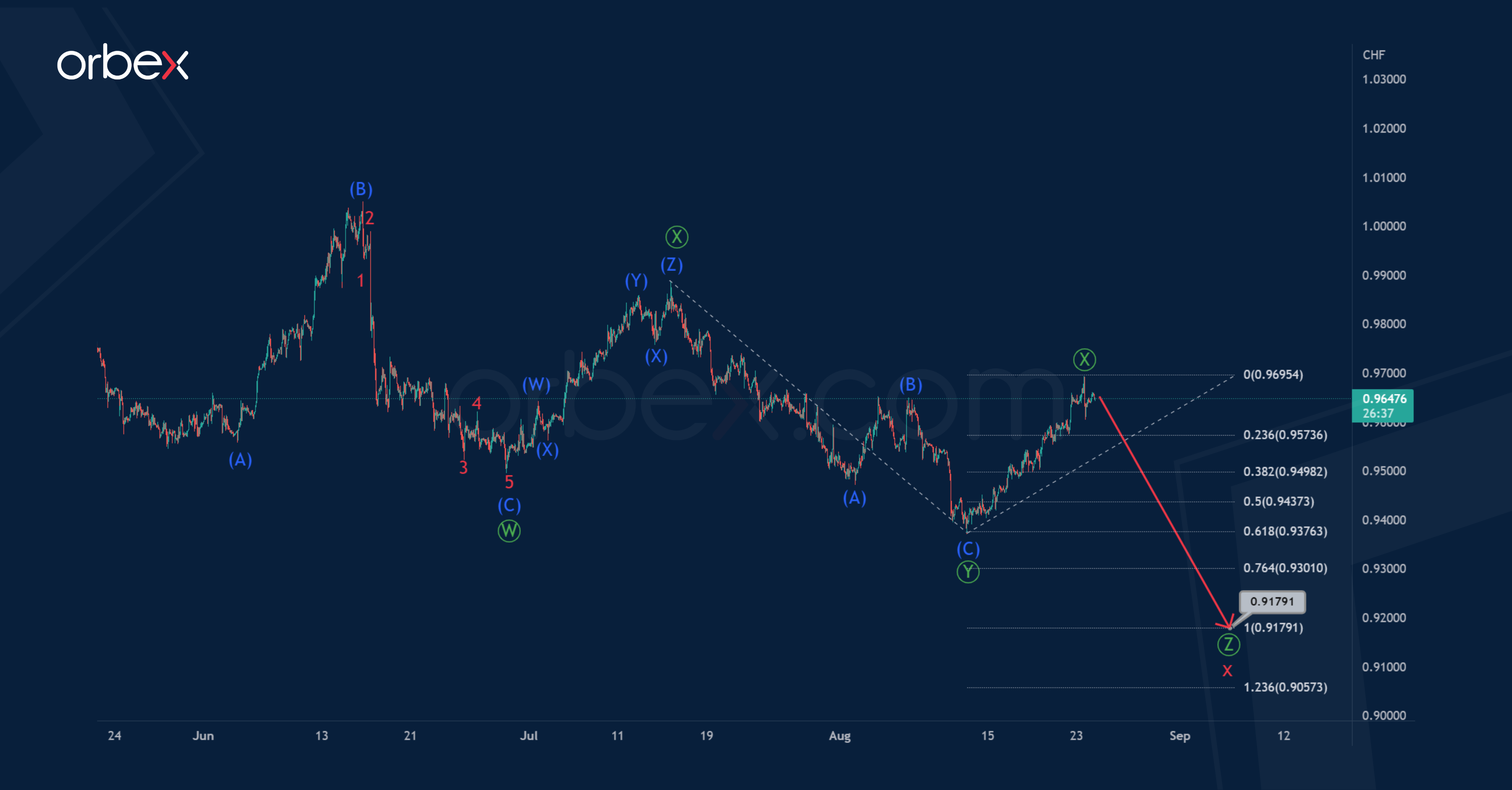 Alternatively, the construction of the bearish intervening wave x has not yet ended. This wave can be more complex and can be a triple zigzag rather than a double zigzag Ⓦ-Ⓧ-Ⓨ-Ⓧ-Ⓩ.

It is possible that the wave Ⓩ will strive for equality with the previous actionary wave Ⓨ, and therefore its end is possible near the level of 0.917.

How to Manage Fear and Greed in Trading