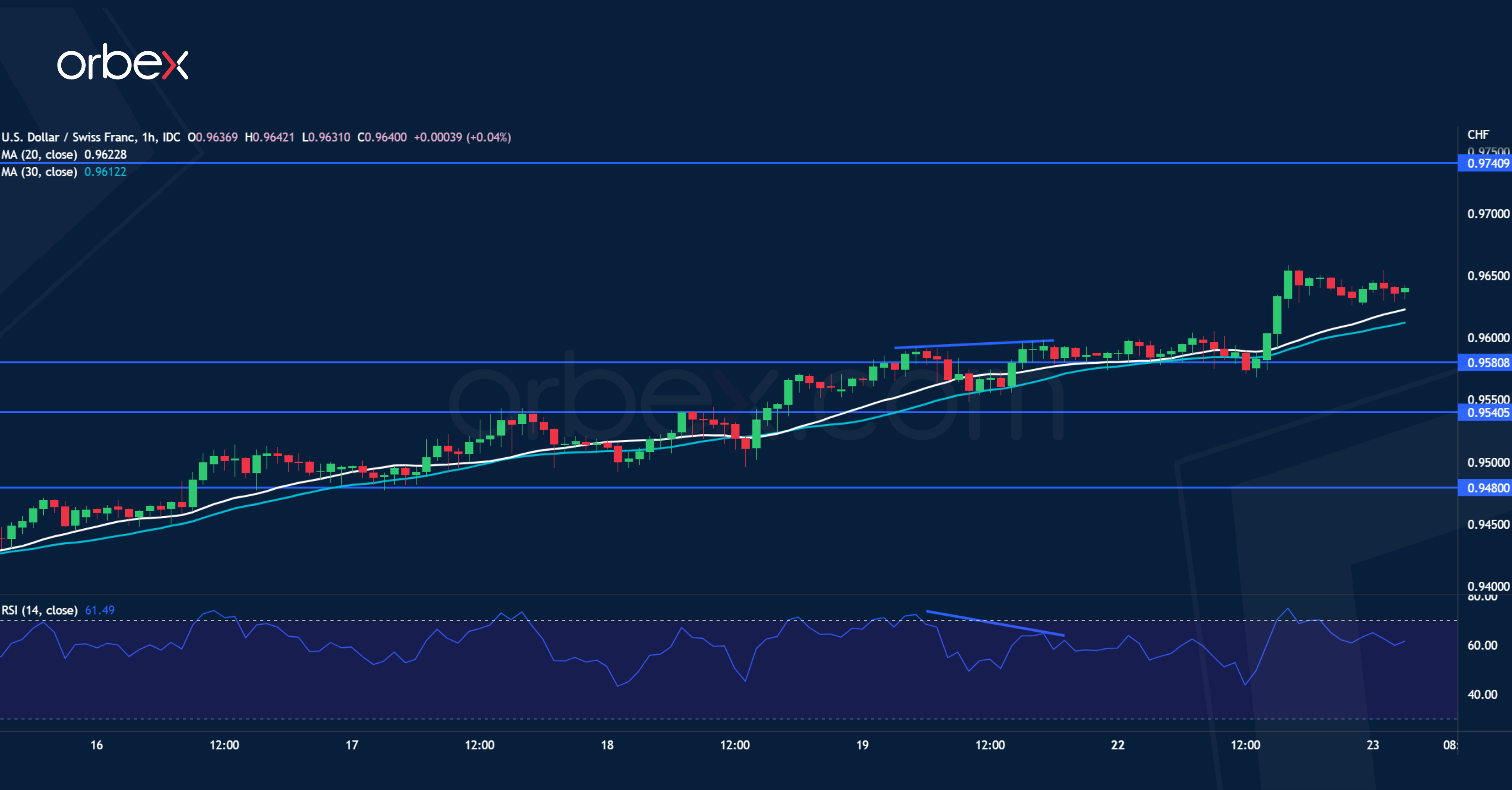 The US dollar rallies as Fed officials reiterate an aggressive tightening stance. A bearish RSI divergence as the pair grinded the supply zone at August’s high (0.9650) turned out to be a false alert for lack of confirmation. Instead, a bullish breakout has prompted sellers to cover their positions and might trigger an extended rally towards 0.9740. An overbought RSI could drive the greenback lower temporarily as intraday traders take profit. 0.9580 at the base of the latest momentum is the closest support and 0.9540 a second layer. 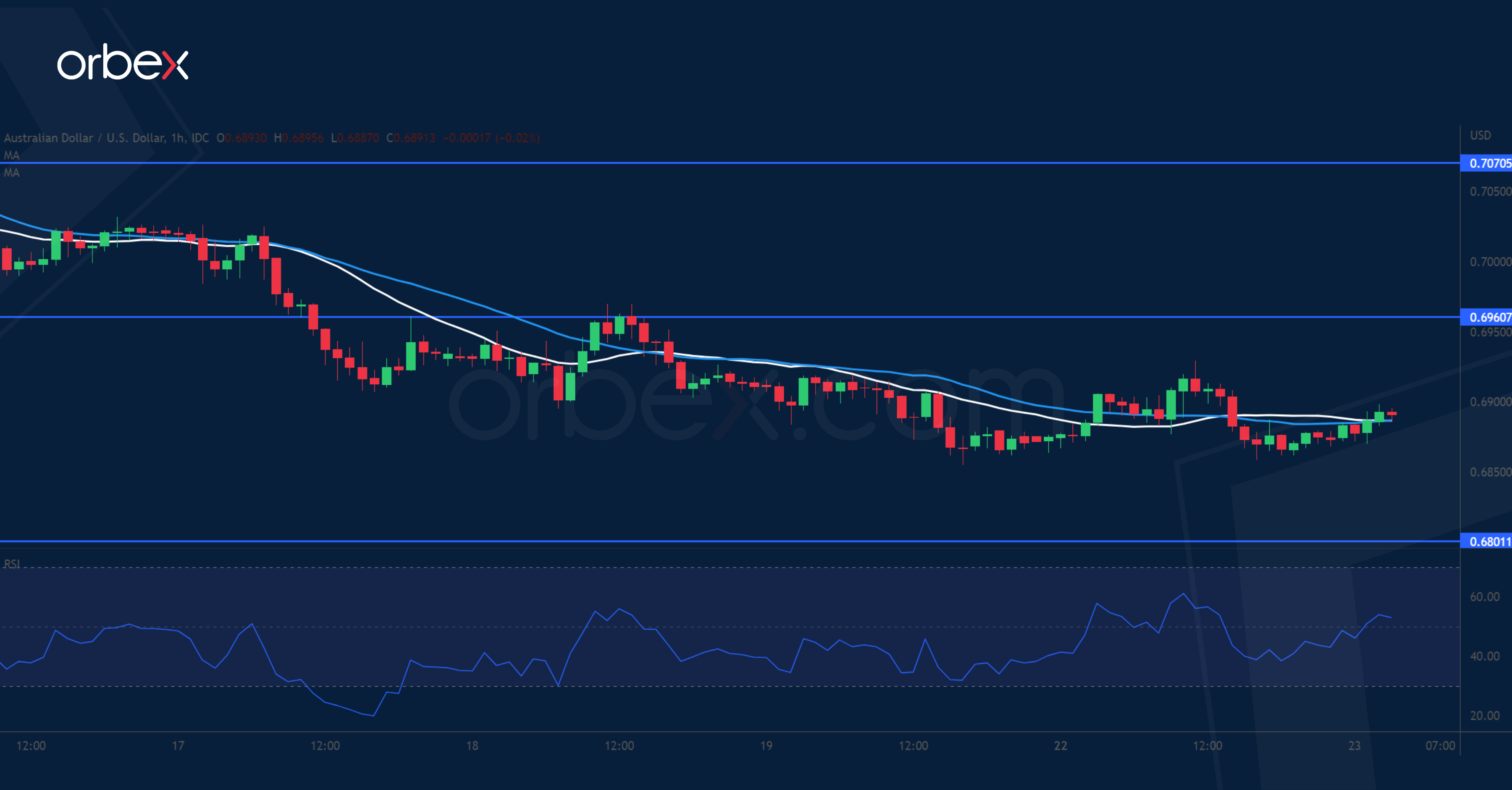 The Australian dollar slipped as risk appetite subsided across the board. The pair met stiff selling pressure at the start of the liquidation in June (0.7130). A fall below 0.6950 has put the bulls on the defensive and invalidated this month’s recovery in the process. Then a follow-up dip below 0.6870 could further weigh on sentiment. 0.6800 at the origin of a previous bullish breakout is the next level to gauge buying interest. 0.6960 has become a key resistance where the bears could be expected to sell into strength. 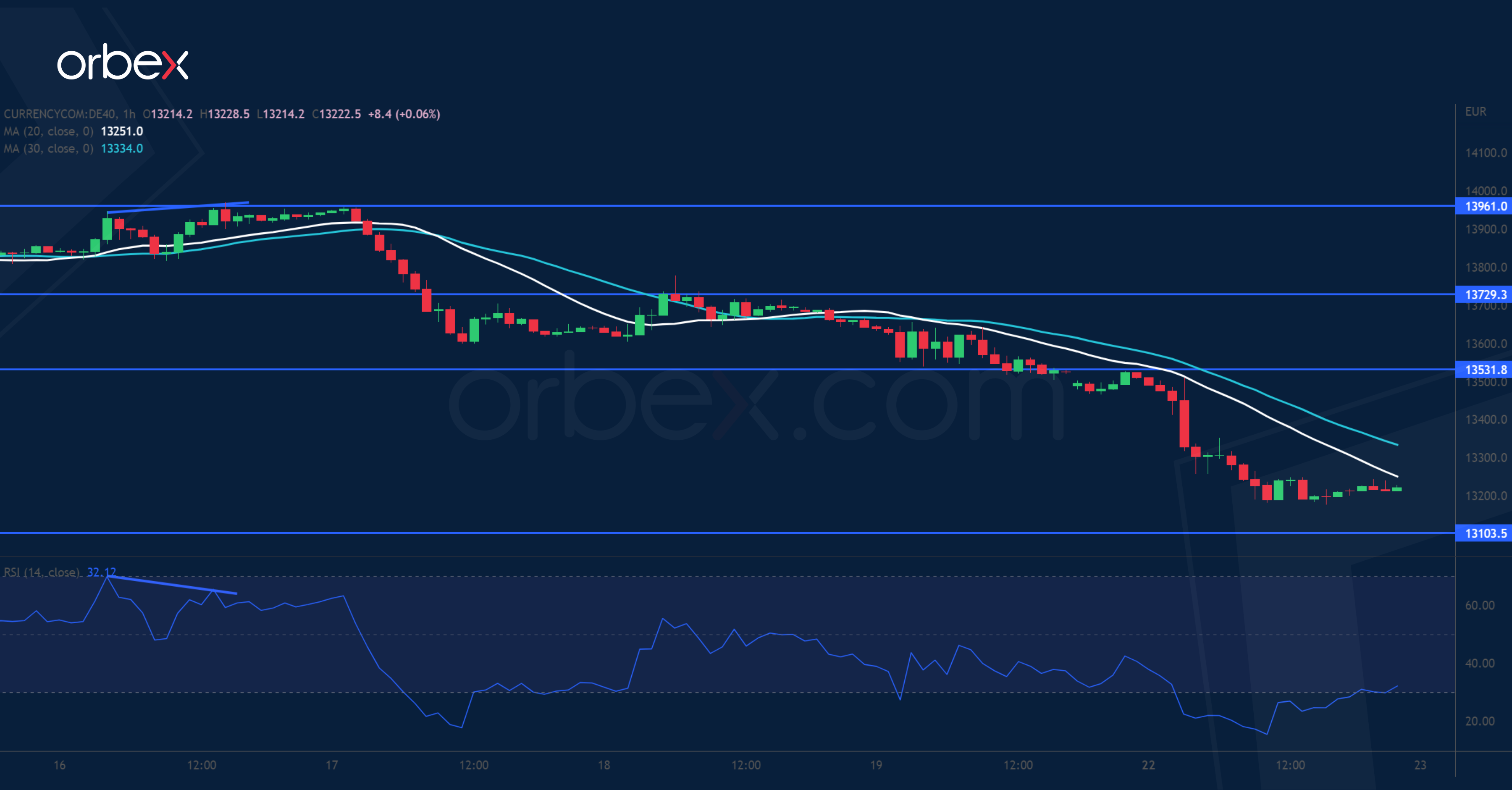 Equities plunge as investors fear that central banks could double down on their fight against inflation. The Dax 40 turned south at the start of a deep correction back in June (13960). As a sign of overextension, a bearish RSI divergence compounded the indicator’s repeated overbought conditions. An initial fall below 13730 forced out short-term positions. Then a dive below 13460 was a liquidation as more buyers bailed out. 13100 is a daily support and its breach could drive bids to 12700. 13530 has turned into a supply area.

Eurozone Preliminary Manufacturing PMI improves to 49.7 in August vs. 49.0 expected