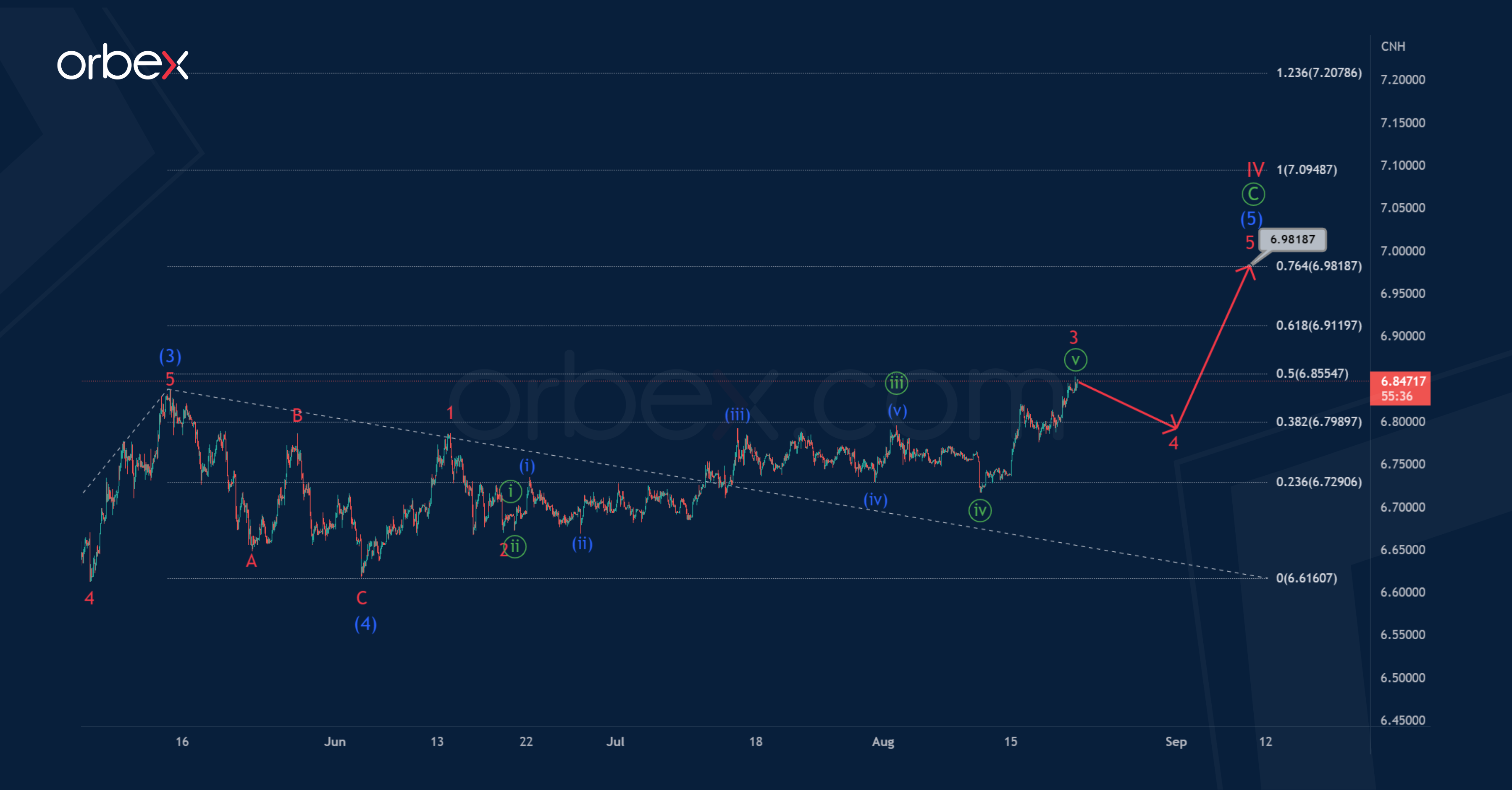 The USDCNH formation shows the primary zigzag pattern Ⓐ-Ⓑ-Ⓒ. In the long term this seems to be forming a cycle correction IV. 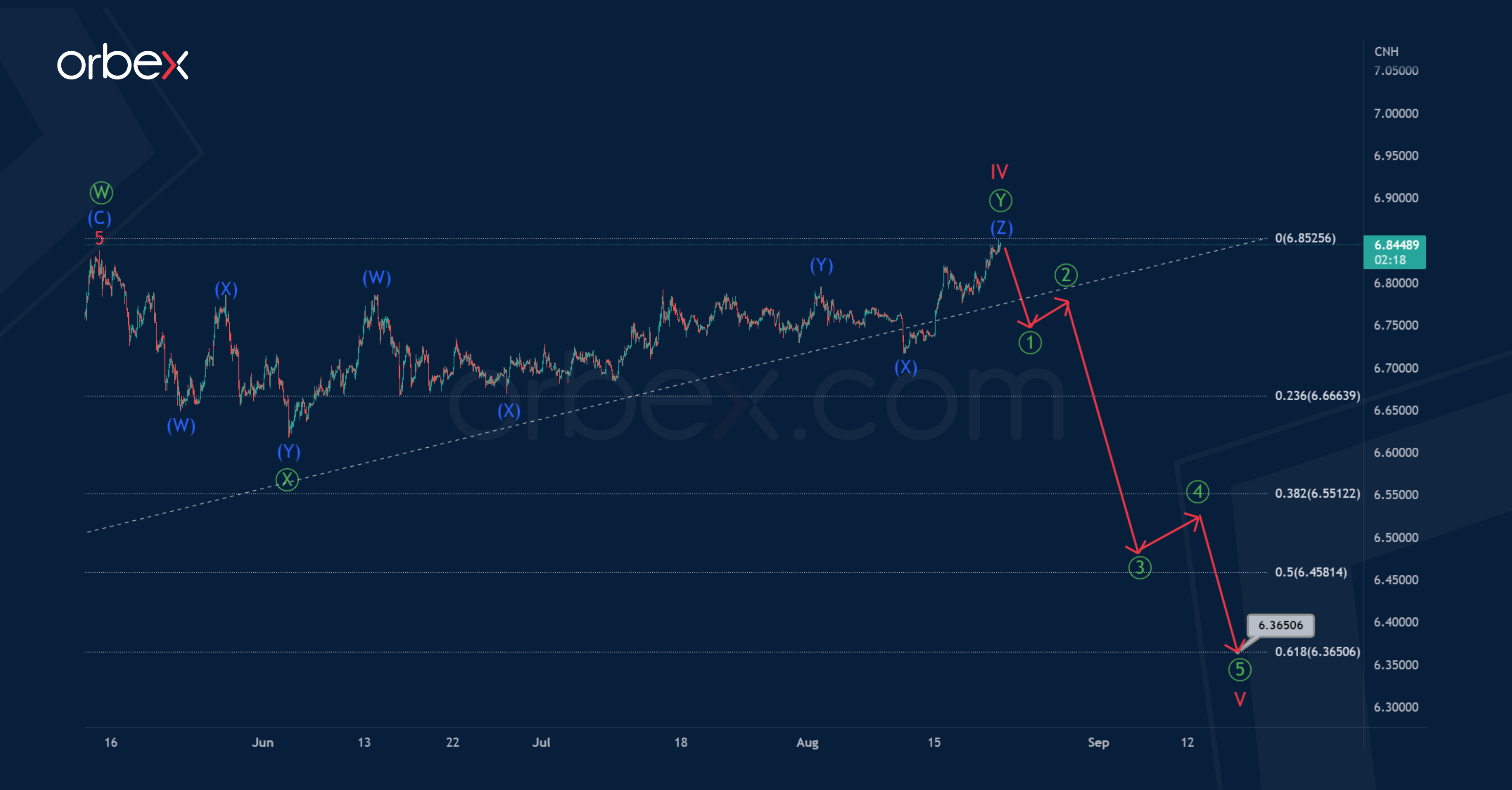 An alternative option shows that the construction of the entire cycle correction IV has already ended. It took the form not of a simple zigzag, but of a double zigzag consisting of primary sub-waves Ⓦ-Ⓧ-Ⓨ.

Thus, if this assumption is correct, prices could move lower and form the final cycle wave V.

Bitcoin Is Experiencing an Outflow of Funds

Euro Forecast (EUR/USD) – The Calm Before the Jackson Hole Storm?