The SPX500 index seems to be forming a large impulse trend.

Most likely, the primary wave ③, which is part of the cycle impulse V, is currently under development. It is a bullish impulse consisting of intermediate sub-waves (1)-(2)-(3)-(4)-(5). The construction of the last minor sub-wave 5 is likely and its approximate future structure is shown on the chart.

It is likely that the price in the minor wave 5 will continue to rise to the level of 4825.40, which is shown by the minor impulse wave 3.

After the completion of the bullish impulse, prices will fall in the correction ④ near 3631.91. At that level, correction will be at 50% of previous impulse. 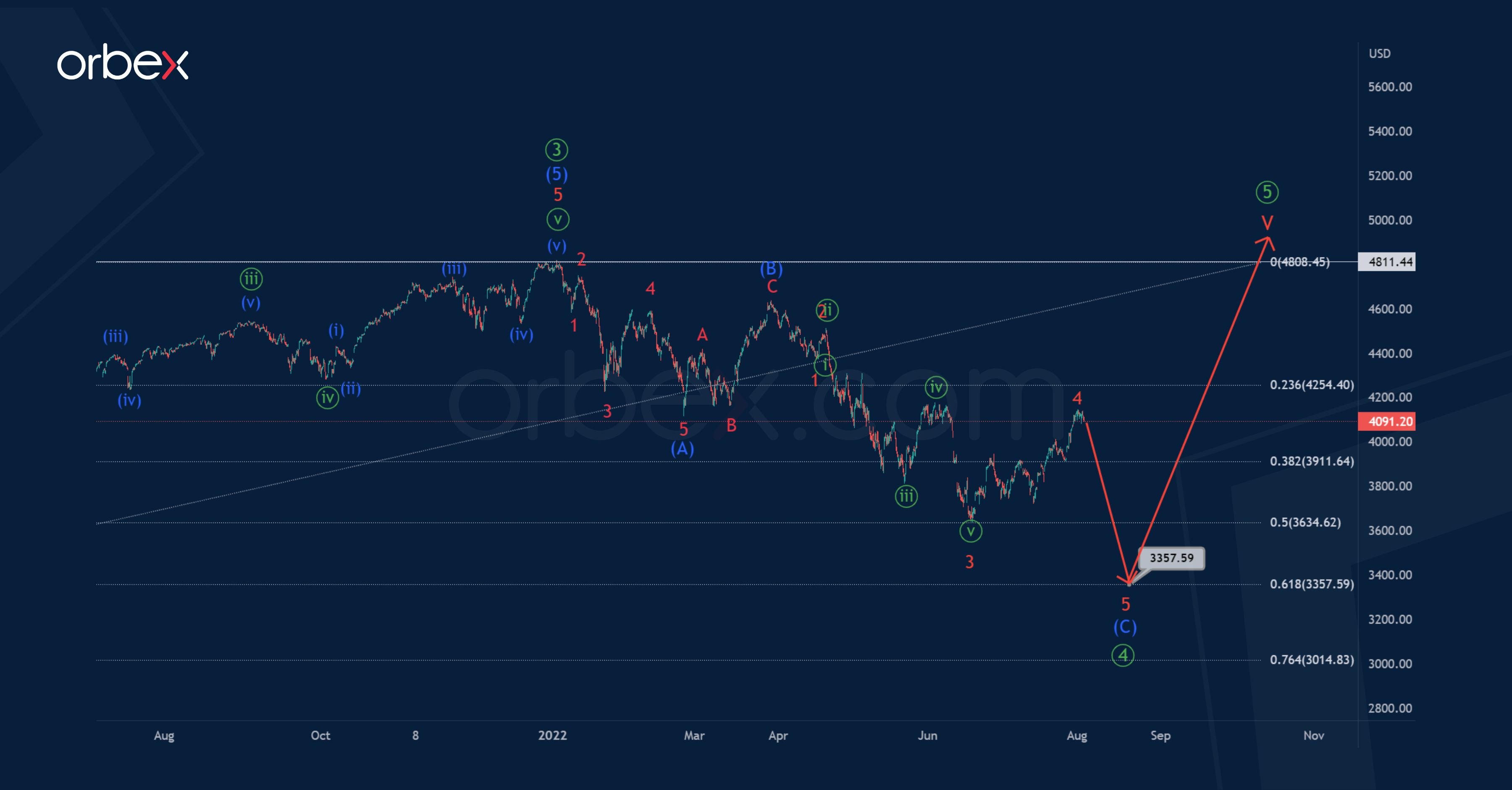 In an alternative scenario, the formation of the impulse wave ③ could be fully completed. After its completion, the decline began.

We see an intermediate zigzag (A)-(B)-(C), which forms the primary correction ④.

Then the price will likely rise in the primary fifth wave in the direction of a maximum of 4811.44, or even higher.

Trade over 200 of the hottest stock CFDs with spreads starting from 0.0 pips – Open your Orbex account today!