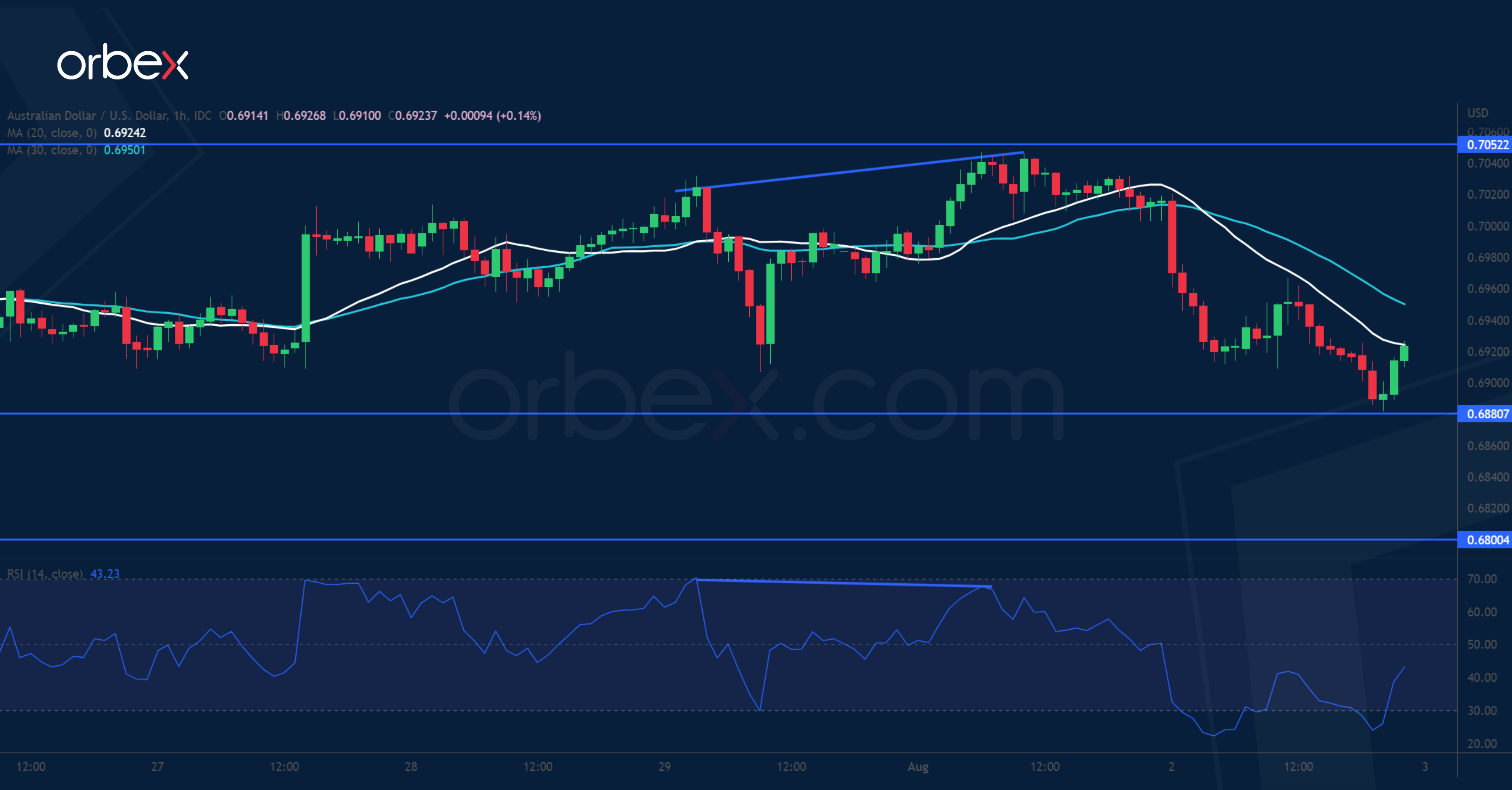 The Australian dollar tumbles as the RBA’s downbeat outlook may signal a slowdown in future rate hikes. The rally came to a halt in the vicinity of the daily resistance at 0.7050. A bearish RSI divergence showed a loss of momentum in the recovery, then a break below 0.6910 would act as a confirmation of a U-turn. As buyers’ profit-taking meets fresh selling, the aussie could be vulnerable to a deeper correction. 0.6880 would be the next support and the origin of a previous breakout at 0.6800 is an important floor level. 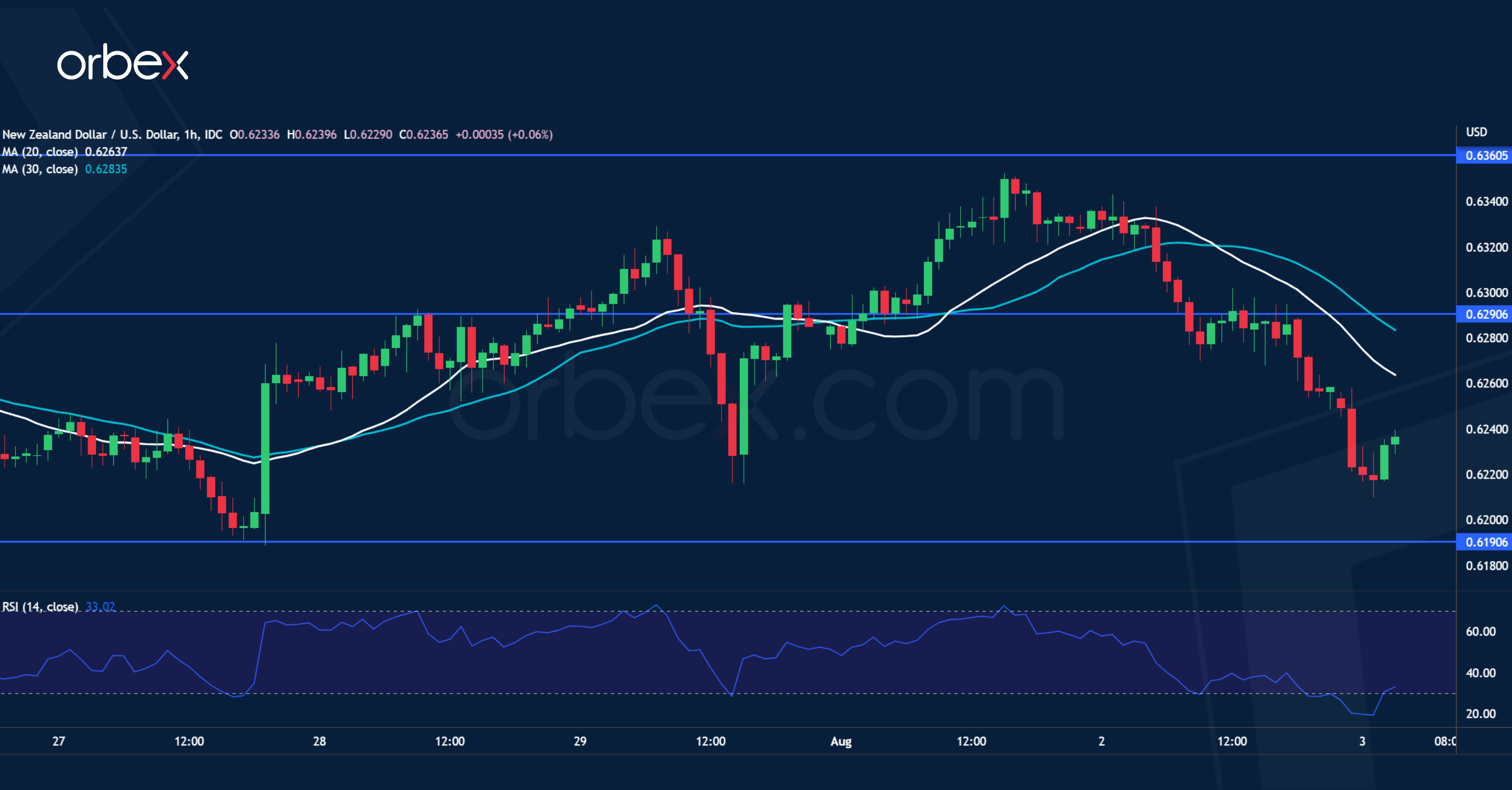 The New Zealand dollar weakened as the Q2 unemployment rate missed the mark. The pair has met stiff selling pressure at the daily resistance (0.6360) which was the start of the mid-June sell-off. As the RSI shows a double top in the overbought area, the bears may have doubled down in hope of a bearish continuation in the medium-term. 0.6190 is a key level to see whether there are follow-up bids. Failing that, the kiwi could tank towards 0.6140. The former support at 0.6290 has turned into a fresh resistance. 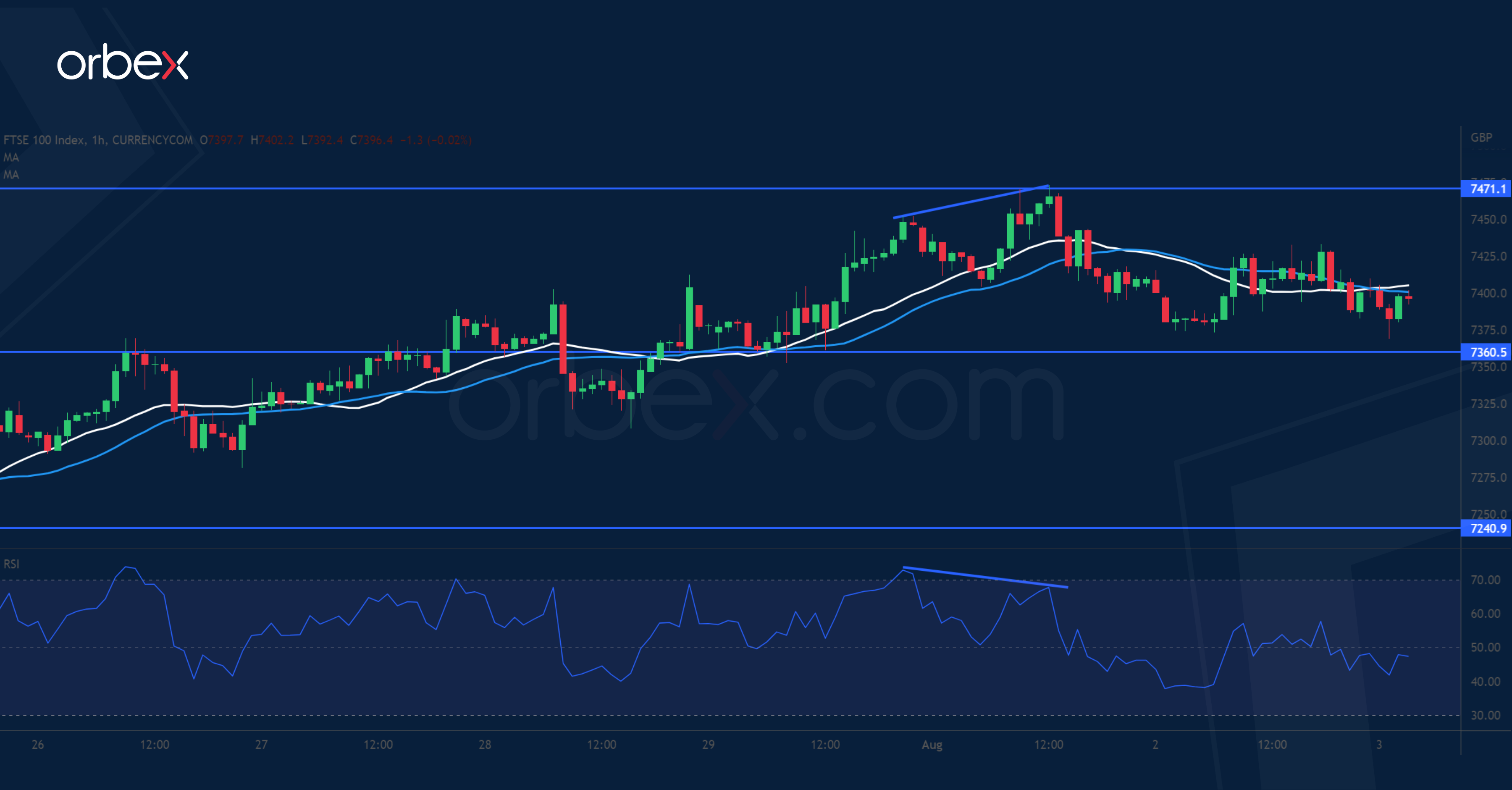 Equity markets tread water amid US-China tensions over Taiwan. The FTSE is testing the supply zone (7470) at the start of a previous liquidation in early June. A bearish RSI divergence is a sign of over-extension and the rally could use some breathing room. 7360 is the first support and its break would force more buyers to bail out, triggering a sell-off to 7240, which is a critical level to keep the current rebound intact. On the upside, a close above 7470 would resume the recovery towards the triple top on the daily chart (7640).

Test your strategy on how the AUD will fare with Orbex – Open Your Account Now.

How Concerned Should Traders Be Over Pelosi’s Visit to Taiwan?

How Concerned Should Traders Be Over Pelosi's Visit to Taiwan?

Why is Shiba Inu the Next Huge Crypto Winner